Out of position, out of form and out of order – The Cardiff City situation that is not fair on anyone 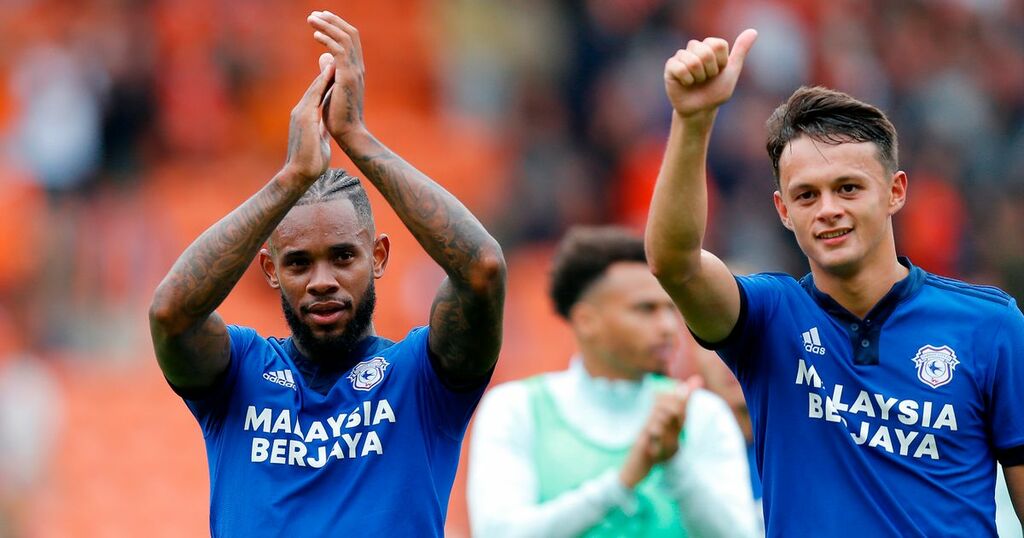 The added irony of Junior Hoilett scoring the winner for Reading against Cardiff City last weekend was that the player who has replaced him in the Bluebirds' side is Leandro Bacuna, a midfielder playing out of position and who is woefully out of form.

Mick McCarthy allowed Hoilett, Sheyi Ojo, Josh Murphy and Gavin Whyte to leave the club in the summer, with only Ryan Giles brought in to prop up the wide options.

More is expected this season from Mark Harris and Rubin Colwill, of course, but it is logical to think that McCarthy did not add any other wingers because he believed Bacuna to be a genuine wing option this season.

Indeed, when the question was put to McCarthy last week that only Colwill and Kieffer Moore had scored out of his natural forward players, the manager replied: "Well Leo scored, didn't he? Leo Bacuna scored at Blackpool. Not that I can roll off a litany of names that scored, but I might as well give him a mention because he did."

That quite clearly suggests that McCarthy believes Bacuna to be a forward player, which will no doubt be of some concern to Cardiff fans.

Save Bacuna's brace in the 4-0 triumph over Derby County last season, fans will be hard-pressed to see any evidence over the last two-and-a-half years that he should form the cornerstone of a Cardiff front three.

This all stems from Mick McCarthy's initial feelings when he saw Bacuna on the training ground early on in his Bluebirds tenure.

Back in March, Bacuna recalled an early meeting with the manager when he said: "He came to me in the beginning and asked me, 'What is your favourite position? I'm not seeing you as a right-back!'

"He turned around and he said to me, 'I see you more as an advanced player, I think you've got the skills to score goals.'"

READ MORE: The simple change that signalled a statement of intent and got Cardiff City fans on their feet

The seed was sown for McCarthy and Bacuna has operated as a playmaker or winger ever since, much to the frustration of Cardiff supporters.

And maybe even Bacuna himself. He told McCarthy where he preferred to play, as a deep-lying or box-to-box midfielder, and I think we are on safe ground here by saying that is what the vast majority of Cardiff fans see him as, too.

For so long under McCarthy's predecessor Neil Harris, Bacuna played as a makeshift right-back owing to a dearth of options. Harris made clear that he opted to strengthen the top end of the pitch when he brought in Ojo and Harry Wilson and conceded it was perhaps an oversight to neglect the right-back position. Although he later revealed he had tried to sign Perry Ng during that time, too.

Bacuna was drafted in to play there with a lack of suitable options to do so.

The difference now, of course, is that Cardiff do have other, more natural, options to fill in the void left by the winger cull in the summer.

Mark Harris has come on great strides this season but is still not seeing the game-time he would likely desire, while Colwill is having to settle for impact outings from the bench.

Indeed, WalesOnline's head of sport Paul Abbandonato hit the nail on its head on Sunday, writing: "McCarthy's ongoing stubbornness in picking Leandro Bacuna as a wide forward player is badly thought out, angering fans and hindering the team.

"McCarthy's predecessor Neil Harris copped plenty of flak for consistently picking Bacuna as a right-back, but McCarthy choosing him in what should be a creative role is even worse.

"And it is not fair on Bacuna either, whose substitution against Reading was cheered by the home fans and who former Wales striker turned pundit Iwan Roberts claims should never play for the club again.

"Bacuna simply doesn't have the flair needed to create or threaten from the forward positions, can't drop a shoulder, jink and go past a man and at times he slows down Bluebirds attempts at quick football to open up opposition defences.

"Bacuna's strengths are more as a central midfield player, where he could offer legs, energy and enable Cardiff get to more second balls, not as a creative force."

A stop-gap for Harris, wrongly a wide player for McCarthy but, ultimately, Bacuna is playing out of position.

The best stretch he had in the side was at the start of the 2019/20 season, towards the end of Neil Warnock's reign, when he was playing week in, week out in the middle of the park and offered something different in there. He is the quickest of Cardiff's midfielders, he has the ability to run with the ball at pace and can also get back and defend.

One Friday night encounter against Derby County at Pride Park sticks out in 2019 when, after a difficult week in which he lost his good friend and Curacao team-mate Jairzinho Pieter, he put in a stellar display during a 1-1 draw.

It was thought that was going to be the performance that would potentially kickstart his Bluebirds career, but he has not been afforded a consistent stretch in there to do so.

That position, ironically, is where Cardiff could do with a point of difference, given the similarities Marlon Pack, Joe Ralls, Will Vaulks and Sam Bowen all share.

Bacuna is out of form, there is no two ways about it, but it does not help that he is being asked to do something for which he does not possess all the weaponry.

He has become something of a lightning rod for vitriol from both the terraces and pundits, with former Wales and Norwich City striker Iwan Roberts claiming he should never play for Cardiff City again after his display against West Brom in midweek.

"Bacuna I don't think should ever play for Cardiff again," Roberts claimed after the West Brom defeat.

"If that's all it takes to be a professional footballer, to go through the motions as he did – he wasn't the only one in that second half.

"Gabs [former Cardiff defender Danny Gabbidon], we could still play, if that's all that's required of you. We could still be playing. He didn't try a leg in that second half."

Some might think that is out of order given the few mitigating circumstances outlined above, others think it's spot on such is the divisive nature of Bacuna's form.

The point is that Cardiff's options are thin on the ground at the minute. Bacuna is one of the senior pros and a lot is expected of him this season.

He is not delivering but perhaps it is unfair to expect him to deliver when he is operating in a position in which he himself has said is not his preferred one.

It is a vicious cycle and one from which no one benefits.

But if he were to be used in his proper position he could still be a real asset in helping Cardiff dig themselves out of this deepening hole this term.