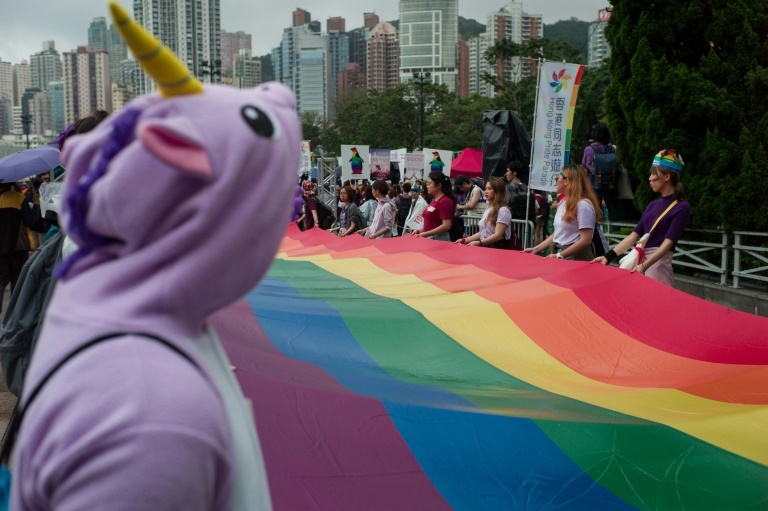 Hong Kong (AFP) - The 2022 Gay Games will be pushed back a year, organisers announced Wednesday, citing anti-coronavirus travel restrictions to Hong Kong, the city chosen to host the event.

Modelled on the Olympics, the Games are held every four years and feature both LGBTQ and straight athletes to promote a message of inclusivity and equal rights.

Hong Kong beat more than a dozen other cities for the chance to host the event in November 2022, the first time an Asian city has been chosen.

The decision to postpone it illustrates Hong Kong's isolation as authorities maintain some of the world's toughest quarantine rules with no public timetable to move towards living with the virus.

"The unpredictable progression of COVID variants and corresponding travel restrictions continue to make it challenging for participants from around the world to make plans to travel to Hong Kong," Dennis Philipse, co-chair of the Gay Games Hong Kong, said in a statement.

An estimated 12,000 participants from more than 100 countries had been expected to fly in for the games, which is part competition, part festival.

But Hong Kong's leaders have made clear they plan to maintain their zero-covid strategy and will prioritise travel with mainland China before relaxing travel rules to the rest of the world.

The city was closed to travellers without work permits for most of the pandemic, and although tourists can now visit, they must undergo between one and three weeks hotel quarantine, keeping the city cut off to most.

Despite ample supplies, Hong Kong has some of the worst vaccination rates in the industrialised world, especially among the elderly.

The Games have also been caught up in Hong Kong's turbulent politics as China remoulds the finance hub in its own authoritarian image.

Last month AFP revealed that Taiwan would not send a delegation because it feared athletes could be arrested under Hong Kong's new national security law.

In mainland China LGBTQ groups often face scrutiny and closure by authorities, and many of the Hong Kong activists jailed for taking part in the city's democracy movement are also prominent LGTBQ activists.

Meanwhile some pro-Beijing politicians have issued homophobic denunciations of the Games or described it as a threat to national security.

Other establishment figures have spoken in support of the festival.

"The importance of the Games to Hong Kong's global image as a forward-looking, cosmopolitan city should not be underestimated," Regina Ip, a pro-establishment lawmaker, said in a statement.

But the Hong Kong government has given the event lukewarm support, with organisers recently complaining that they have struggled to book venues.