Opening soon: The most exciting restaurants coming to Manchester in early 2022 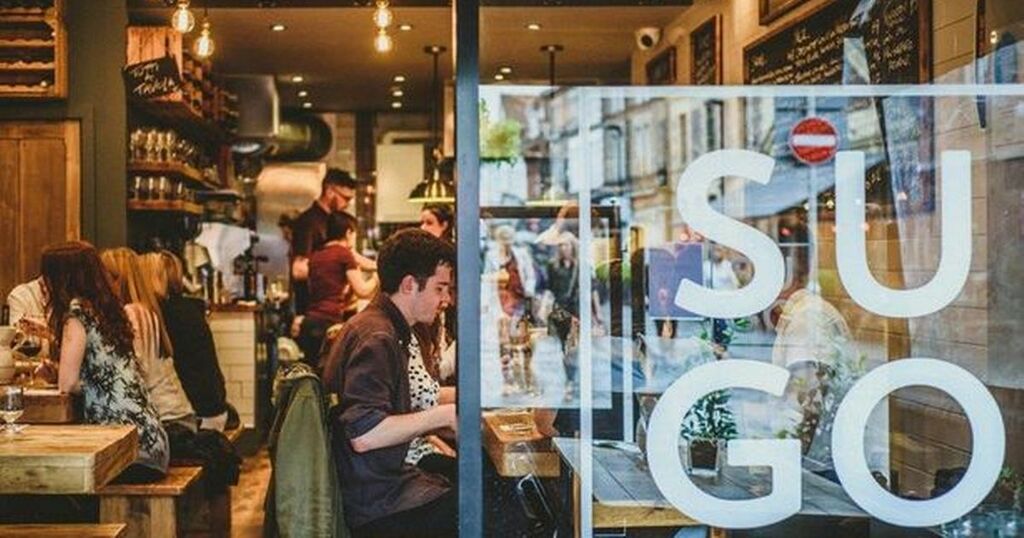 Despite the tough circumstances facing the hospitality world over the past two years, 2022 looks set to be something of a phoenix year for Manchester.

A host of hugely exciting restaurants, live venues, bars, and food halls - and in some cases all these things at once - are set to open in the coming months.

With an onus on the informal, this year might not see the city snag another upscale Michelin-star chaser, but after the time we've all had, perhaps casual is just about the right fit.

Opening its first space adjacent to Altrincham Market in 2015, Sugo’s pasta kitchen grabbed a second spot off Cutting Room Square in Ancoats in 2018, and is now following the likes of Rudy’s Pizza and the Foodhall/General Store group into Sale. Smart and inventive, and always using fresh pasta from Puglia, there’s no reason why this new foray into Trafford shouldn’t be a roaring success.

Due to open at any moment, the new branch of Lily’s Deli - spinning off the celebrated vegetarian Indian restaurant founded in Ashton - could scarcely be better positioned, tucked just off Blossom Street in Ancoats, and ready to serve its local hipster clientele with chaats, bhel puris and curries, alongside some of the stickiest sweets this side of the subcontinent. It follows on from the success of the restaurant’s outpost in Chorlton, which has been lovingly embraced by locals.

Mayfair, Miami and now Manchester, Sexy Fish, from the group behind The Ivy, will bring its eye-popping, theatrical take on the restaurant experience to the former Armani building in Spinningfields. The Mayfair branch features two of the largest live coral reef fish tanks in the world, so expect something similarly ostentatious when it opens its doors in the spring, bringing high-end Asian cookery (we’re talking lobster, caviar, tuna belly, wagyu, the works), cocktails and things dripping in gold.

The peerless Pollen, forged by the hard graft of Hannah Calvert and Chris Kelly, has come a long way since it catered to queues snaking down from its railway arch underneath the tracks at Piccadilly. Its effortless, Scandi-style café on the New Islington Marina will be joined by a new pastry kitchen and restaurant on the Kampus development, complete with an open kitchen and space for workshops. If the menu at the Marina is anything to go by, not to mention the design, this will be a jewel in Manchester’s food scene crown.

Having been delivering its robust, no-nonsense pies in Altrincham Market since it first opened, Great North Pie will be joining the likes of Cloudwater and Nell’s at Kampus in the spring, with a pie and mash joint on the impossibly handsome Little David Street. Expect classics like its Lancashire cheese and onion, and a range of seasonally-changing pastry encrusted delights, which can now be washed down with matching beers or a glug of fizz.

Joining seemingly every operator worth its salt in moving to Sale, Blanchflower will be pitching up in Trafford’s increasingly enviable neighbourhood, after becoming a solid go-to in Altrincham, and then a small but perfectly formed concern at the café at Longford Park in Stretford. Quality ingredients, first rate baking and viennoiserie, and inventive interpretations of classics (ox cheek benedict anyone?) should be expected later in the spring.

Pitching up in the huge Circle Square development, on Oxford Road, Canvas Kitchen will be part of the larger Canvas venue, comprising an events space and a new 400-capacity club. The Canvas Kitchen will be an ambitious food offering - a 100 seat ground floor restaurant, opening at 9am for breakfast and serving right through until 4am for the night owls. No word on cuisine yet, but it certainly has our attention already.

Also part of the Circle Square development will be the extremely exciting Hello Oriental, modelled on similar Asian food concepts seen in London and Miami. Set to be a three-floor affair, most of it underground, it will comprise a food hall, a Chinese bakery, and an in-house supermarket, focussing on Chinese and Vietnamese food. Oh, and there will be live music and DJs too. Obviously.

Lucky Mama’s does handmade pizza (either square or served by the metre) and pasta out of a very handsome trailer in Eccles, and nailed its business during lockdown. Now it’s looking to settle down, at least partially, with a new venue coming in Chorlton. No word yet on where, but it will be ‘soon’.