‘One Of Us Is Lying’ Review: What Peacock Show Gets Right 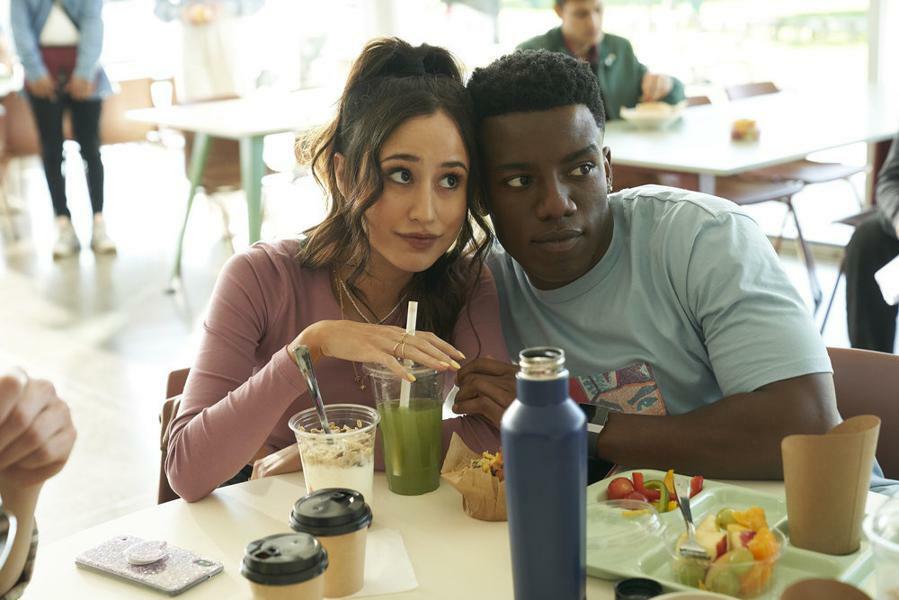 What made the young adult novel One of Us Is Lying work was not the shocking plot twists or the savagery of About That, the gossip site at its center. What made the bestselling book by Karen M. McManus work was the distinctiveness and believability of the characters, who developed beyond the Breakfast Club-like collection gathered in detention one fateful day when the creator of that gossip site, Simon, drops dead.

The new Peacock adaptation of Lying, which bowed last week and will debut the remainder of its season in three-episode chunks the next two Thursdays, stays true to the characters at the book’s center, though it doesn’t follow their development exactly as they go in the book.

The series doesn’t offer the biting social commentary of Netflix hits Never Have I Ever or Sex Education, nor does it go as noir as early seasons of Riverdale. But it’s smart, slick and fun, setting up a well-drawn mystery by combining elements from the book while adding new things to the plot. It unveils some of the novel’s secrets early in episode one while teasing out clues that the book didn’t have, ensuring it will entertain audiences whether they’re already Lying fans or not.

Simon has tortured his high school for years by dropping tantalizing bits of gossip about the most popular kids, indifferent to the lives he might destroy. For a teen, a rumor can be as devastating as a deadly accident, and Simon (Mark McKenna) has wielded his power with a price—he has only one close friend, and the rest of the school hates (and also fears) him.

So when he ends up in detention with popular cheerleader Addy (Annalisa Cochrane), Major League Baseball pitching prospect Cooper (Chibuikem Uche), a drug-dealing biker (Cooper van Grootel) and an uptight overachiever (Marianly Tejada), the same day he teases blind items that sound a lot like those four, the fireworks begin to fly.

Just as the students start sniping at Simon for his site, he begins coughing. Suddenly, he falls over with an allergic reaction, gasping for breath and falling unconscious. The students try to revive him, but he dies. Traumatized as they all seem by his sudden passing, they’re also relieved that the gossip about them will no longer be revealed.

Yet they may be in for a fate worse than public humiliation. Simon’s allergic attack was no accident, and the police think the four prime suspects were in the room with him when he died.

Should they work together to find out who really did it? Or is one of them, ahem, lying about their innocence?

The action unfolds quickly over the two episodes, and the writers do a good job with misdirection and obscuring upcoming twists. Cochrane, playing the book’s most unexpectedly complex character, telegraphs Addy’s growing insecurity in her position at the top of the teen food chain while also hinting at her greater reserve of compassion, and Uche conveys depths as a closeted jock in conversations with his little family.

In the classic teen television casting faux pas, Tejada looks distractingly old for her part—she’s 29—though she plays it well. While van Grootel is convincingly conflicted as Nate, who only deals drugs because his alcoholic father can’t provide for him, he seems too clean-cut to play the book’s brooding rebel.

It’s easy to cruise through episode after episode—the show deftly weaves storylines, introduces new questions as fast as it answers old ones, and showcases an appealing cast. It’s not hard to imagine the book’s sequel, One of Us Is Next, bowing next fall on Peacock.