One dead, 122 injured in massive fire at Cuban oil facility after lightning strike

One person is dead, 17 people are missing, at least 122 are injured, and hundreds have been evacuated after a lightning strike caused a massive fire at a Cuban oil storage facility in the city of Matanzas.

During a storm on Friday, lightning struck one tank at the facility, causing it to catch fire and making another nearby tank go up in flames.

“This morning was, once again, difficult,” the Cuban presidency wrote on Twitter in a statement on Sunday. “Firefighters continue fighting the intense fire as help comes from friendly countries. Today will be a pivotal day in our fight for life.”

Officials say they recovered the remains of Juan Carlos Santana Garrido, a firefighter, at the site of the of the Matanzas Supertanker Base on Saturday.

“We lament this loss for his family and friends and send our most heartfelt condolences,” the Cuban public health ministry wrote on its website.

On Sunday, Cuban President Miguel Días-Canel Bermúdez met with those injured in the blaze, as well as the families of the missing.

Teams of firefighters from Mexico and Venezuela are on the ground in Cuba assisting with the blaze.

“Welcome our Mexican brothers,” the president wrote in a Twitter post on Sunday. “We’re counting on your expertise and solidarity to carry on confronting the fire in the Matanzas Supertanker Base. Thank you to [Mexican] President Lopez Obrador for the immediate response to our urgency.”

Military helicopters have dropped water on the facility, and officials hope to keep the remaining intact fuel tanks cool to avoid a further escalation of the situation.

Roughly 800 people have been evacuated from the nearby Dubrocq neighbourhood.

“I was in the gym when I felt the first explosion. A column of smoke and terrible fire rose through the skies,” resident Adiel Gonzalez told The Associated Press on Saturday. “The city has a strong smell of sulfur.”

The operation of the nearby 225 MW Antonio Guiteras power plant, one of the country’s largest, is not currently threatened, according to the state-run Prensa Latina.

State-run Prensa Latina reported that the fire did not pose an immediate threat to the operation of the nearby Antonio Guiteras 225 MW power plant, one of the country’s largest.

A variety of nations have offered their support in battling the blaze, including Russia, Nicaragua, Argentina, Chile, and, notably, the US, which has kept trade with the island under embargo for the last six decades. 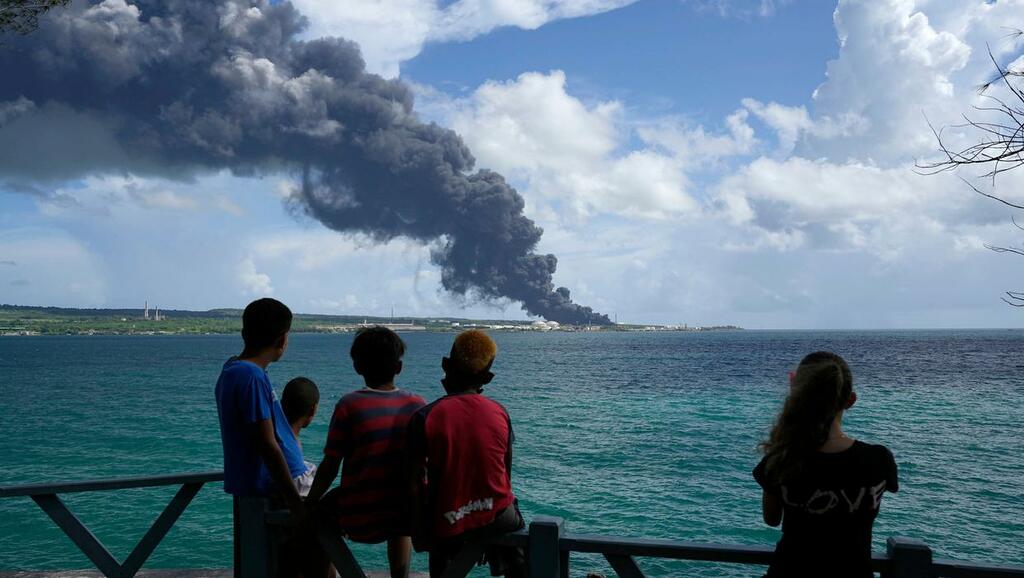 Irish Independent
From analysis to the latest developments in health, read the most diverse news in one place.
Dozens injured and 17 missing after lightning strike triggers huge fire at Cuban supertanker port

More than 1,000 civilians were evacuated from the area as the fire raged for more than 24 hours, Cuban authorities…

Daily Mirror
As Cuba struggles to put out oil tank fire, questions about disaster response mount
Cuban authorities were still struggling Monday to contain a raging fire at an oil storage facility at the port of…

The Independent UK
One place to find news on any topic, from hundreds of sites.
Third fuel tank collapses as helicopters battle Cuban blaze