NEW YORK — There are ghosts in the house, or so says the latest resident of Gracie Mansion.

Mayor Adams said he thinks the stately home on Manhattan’s Upper East Side isn’t “cool enough” for the city’s dapper first man about town — and is haunted to boot.

“And I don’t care what anyone says, there are ghosts in there, man,” the mayor added.

Kay asked Adams if he “see(s) stuff moving there.”

“You hear footsteps and all types of stuff?” retired outfielder Cameron Maybin chimed in.

The mayor’s appearance came early in the game that the Bronx Bombers won 6-5 thanks to a dramatic bottom of the ninth inning walk-off home run from slugger Aaron Judge.

Chirlane McCray, the wife of ex-Mayor Bill de Blasio, said she has heard whispers about the ghosts of a daughter of original owner Archibald Gracie inhabiting the nooks and crannies of the 223-year-old home.

“I’ve never seen her,” McCray said in 2017. “But there are times when doors open and close by themselves, and the floorboards creak as though someone is walking through the rooms.”

Gracie Mansion was built in 1799 as a country home on a picturesque bend of the East River a few miles north of what was then New York City’s northern edge.

A century later it was bought by the city and incorporated into Carl Schurz Park in the modern-day Yorkville neighborhood of the Upper East Side. It was used as the Museum of the City of New York before being turned into the official mayoral residence in 1942. 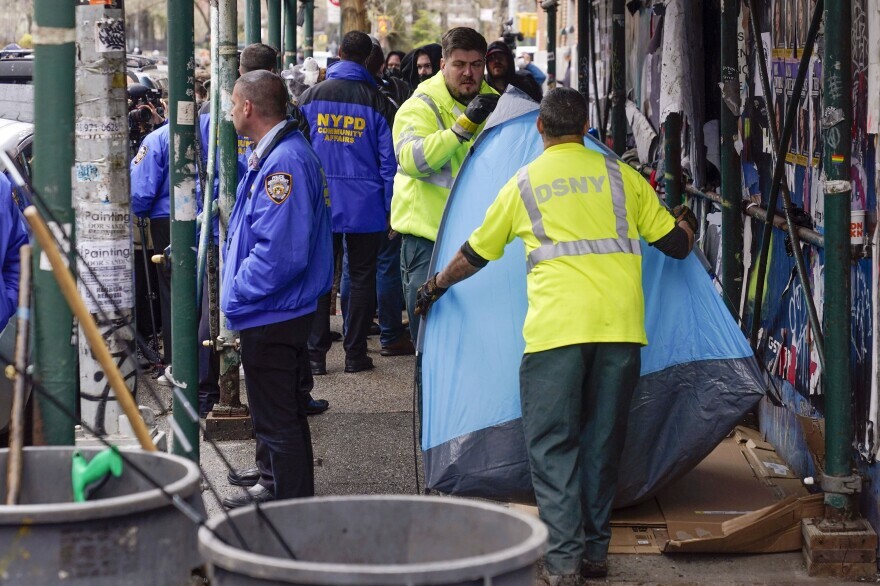