The latest graphics processors from Nvidia have earned positive reviews but analysts wonder if customers are in a buying mood. That's the big question hanging over Nvidia stock.

Year to date through Friday's close, Nvidia stock is down 57%. The steep decline has erased all of last year's 125% gain.

The new GPUs are made by contract manufacturer Taiwan Semiconductor using its 4-nanometer scale technology. They offer a significant performance bump over the previous models but with price increases.

Nvidia will release its top-of-the-line model first. The GeForce RTX 4090 will be available Oct. 12, starting at $1,599. It will release two lesser configurations, RTX 4080 models, in November, starting at $1,199 and $899. Nvidia raised prices on the new models 7% to 29% over comparable products in the previous generation.

However, the new chips come after Nvidia took a $900 million charge in its fiscal second quarter to write-down inventory of gaming processors amid weakening demand.

The GeForce RTX 40 series "appears poised for a solid launch" after Nvidia flushed the sales channel of its legacy graphics processors, Oppenheimer analyst Rick Schafer says in a note to clients. Further, he rates Nvidia stock as outperform with a price target of 250.

"We are somewhat concerned about Nvidia raising prices into a collapsing GPU market, but see the long-term significant positives from these products," he says in a report to clients. Rolland reiterated his positive rating on Nvidia stock with a price target of 190.

Another worry for Wall Street is the state of the data center market, where Nvidia sells its high-end graphics processors.

"The anxiety about gaming has been replaced by anxiety about data center," Morgan Stanley analyst Joseph Moore says in his note to clients. Investors are concerned that cloud computing customers are still digesting prior purchases of data center gear, he says.

Moore rates Nvidia stock as equal weight, or neutral, with a price target of 182.

At the GTC event, Nvidia announced it has achieved full production of its H100 data center GPUs. Further, it plans to ship them in October.

Nvidia executives also says they believe they can minimize the impact of the U.S. government's recent trade restrictions with China by offering customers there alternative, lower-performing products.

But Mosesmann called Nvidia's latest processors for data centers and artificial intelligence "the biggest compute launches in the last generation in Silicon Valley."

Mosesmann rates Nvidia stock as buy with a price target of 320. 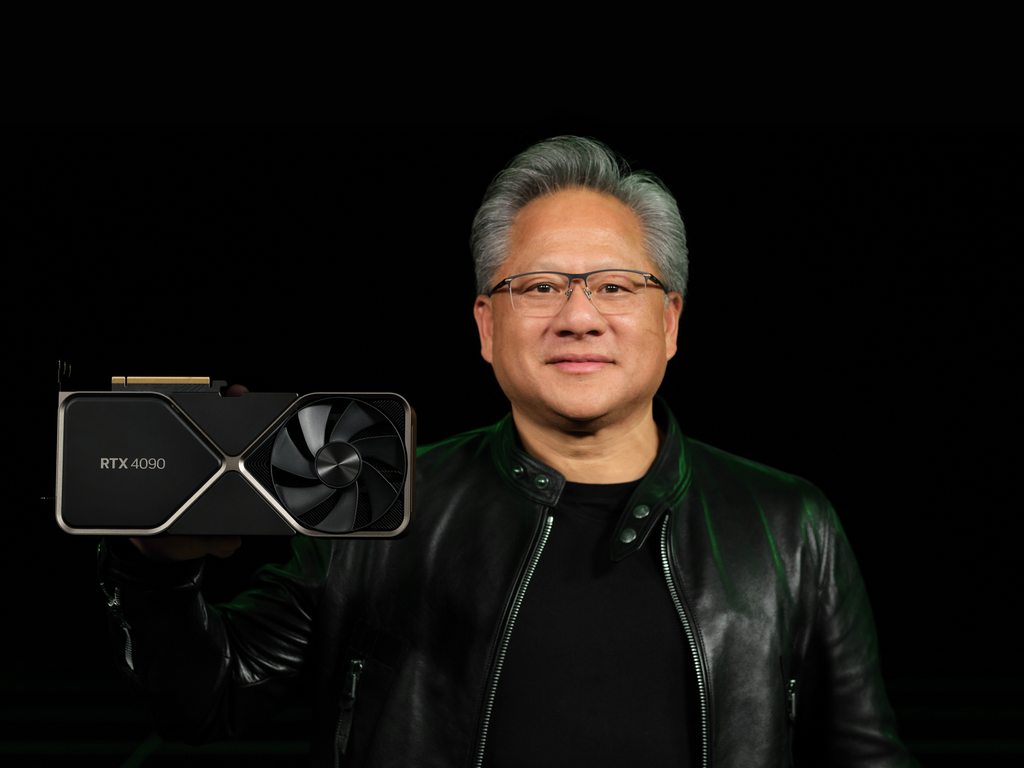 The stock market continued to sell off as the Fed hiked rates aggressively and Treasury yields surged. The Dow Jones…

Apple iPhone 14 sales are off to a brisk start, helped in the U.S. by high-profile ad campaigns and major…

Investors Business Daily
Check Out What Whales Are Doing With NVDA

A whale with a lot of money to spend has taken a noticeably bearish stance on NVIDIA. Looking at options…

Benzinga
One subscription that gives you access to news from hundreds of sites
Will Netflix's Cheaper, Ad-Subsidized Service Boost Its Fortunes?