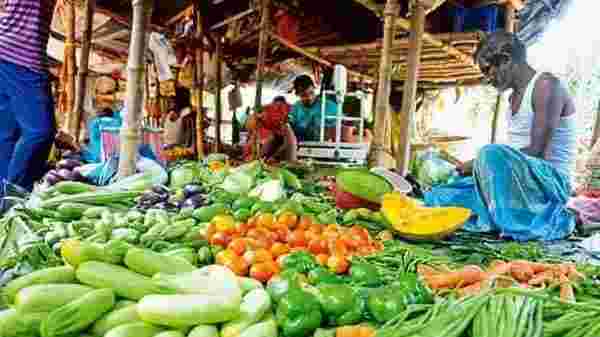 Every Monday, Mint’s Plain Facts section features five key data releases to watch out for during the coming week. Indian corporates have begun to lay out their financial report cards for the quarter that ended in September. It is the turn of three major information technology (IT) firms this week. India’s inflation numbers for September are also due. Amid the slowdown in the US economy, experts will also keep an eye on its inflation numbers, which will be out on Wednesday. Here are the big numbers to track:

India is set to release retail inflation data for September on Tuesday. The figure has moderated in recent months, because of the base effect. The upcoming data will give a peek into whether sequential price pressures continued to build up in September.

Last week’s projections by the monetary policy committee implied a 4.4% forecast for September, a further cooling from 5.3% in August. However, this would be a continuation of the base effect: retail prices had risen 7.3% in September 2020. Sky-high prices of petroleum products remain a concern and core inflation, which excludes food and fuel, has been hovering around the 6%-mark, too. As the base effect wanes towards the end of the year, inflation rates could only rise.

Retail pressures could also come from the wholesale side, data for which is due on Thursday. Factory-gate inflation had inched up in August and a further rise could add to the already persistent retail inflation driven by supply-side factors.

Three leading IT companies will announce their earnings for the September quarter. These include Wipro and Infosys on Wednesday and HCL Technologies on Thursday.

During the June quarter, Infosys delivered its best Q1 result in a decade, Wipro logged its best-ever quarter, and HCL recorded a healthy year-on-year (y-o-y) revenue growth of 12%.

The September quarter promises to be strong, too, with annual sales growth likely to be in double digits. The sector has benefited from the strong demand led by greater digitalization and higher corporate spend on cloud migration, Motilal Oswal analysts said. The strong growth momentum is likely to keep IT stocks buoyant this year despite valuations already being high.

One pain point for the sector which is likely to eat into its margins is high attrition along with wage hikes because of rising competition from start-ups. However, the leading firms look well-placed to absorb supply pressures.

India's largest private lender, HDFC Bank, will announce its September-quarter results on Saturday. The bank had posted a y-o-y growth of 6.7% in income in the June quarter, while profits had jumped 16.1%. However, the disruption in business activity due to second covid-19 wave should reverse in the results.

The bank performed well in the September quarter, reporting a strong y-o-y credit growth of 15.4%, even when the broader banking sector managed just around 7%, according to Reserve Bank of India data. The lender has seen robust traction in its corporate loan book and with RBI lifting its embargo on their credit cards business, a healthy revival is anticipated in retail loans.

Meanwhile, analysts and shareholders will keep an eye on slippages, particularly in the small and medium enterprises segment and agricultural loans.

The International Monetary Fund (IMF) will release its latest issue of the World Economic Outlook on Tuesday. The report will give an insight into new and long-term challenges the world faces as it recovers from the pandemic.

Since the last edition in July, a covid-19 resurgence in several countries may have changed IMF’s views on global growth. IMF chief Kristalina Georgieva had last week said the multilateral body now sees the world growing at a slower pace this year than the 6% projected earlier.

The report is expected to focus on three main issues, including disparity in economic growth, inflation, and debt, and achieving faster growth and economic stability in the long term.

IMF had cut India’s growth forecast for 2021-22 in July from 12.5% to 9.5% to account for the impact of the second wave of the pandemic. The new projection is in line with that by RBI and is likely to be retained.

Retail inflation in the US came in at 5.3% in August, barely easing from the 13-year high of 5.4% in June and July. Sequentially, however, the rise was only 0.3%, the slowest since January. The September figures are due on Wednesday.

In August, prices rose across item categories, with exceptions like flight fares and used car prices. However, core inflation saw a bigger decline than the headline figure.

Supply-side disruptions and a demand pick-up have fuelled the recent inflation. The US Federal Reserve reads it as temporary and not broad-based yet, expecting it to tumble down to 2.2% next year. Weak job growth and consumer spending last month showed the economy was indeed slowing, lending credence to the Fed’s stance and possibly pushing back its timeline of rolling back the bond-purchase programme.

The virus risk and supply snags will remain for now. Will the Fed see them as red flags?