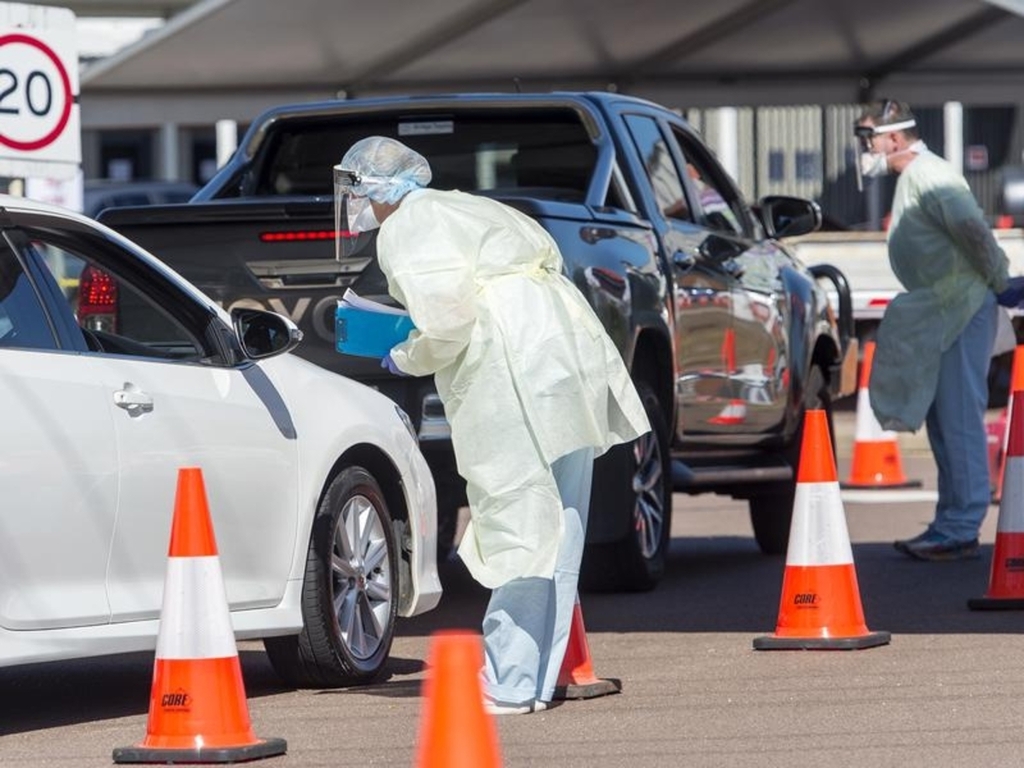 The daily number of COVID-19 infections reported in the Northern Territory has fallen significantly with 352 new cases recorded.

Wednesday's figure brings the total number of active cases to about 2700, the equivalent of just over one per cent of the 250,730-strong population.

Twenty-eight of them are in hospital, 16 patients of whom are classified as acute cases with severe symptoms including one in intensive care.

That is four less patients than Tuesday when 32 people were reported to be in hospital with the virus.

The remote communities of Yuendumu and Yuelamu, about 295km northwest of Alice Springs, remain in lockout until Saturday with another six people testing positive overnight.

It brings the total number of virus infections in low-vaccination Yuendumu to 24, which are all in quarantined close contacts.

Meanwhile, another five people have been fined $5024 each for breaching COVID-19 health directions at a protest over a business that was shut down for failing to comply with health directions.

About 70 people gathered at the Darwin business on Monday while a territory-wide lockout of unvaccinated people was in place.

The five people fined are also accused of returning to the business on Tuesday.

It was ordered to close on Friday after investigators found the proprietors and staff had not complied with the vaccination mandate and workers were not wearing masks.

NT Police did not specify what the activists' breaches were but they are understood to include failure to wear a face mask.

Five others who protested were fined on Tuesday.