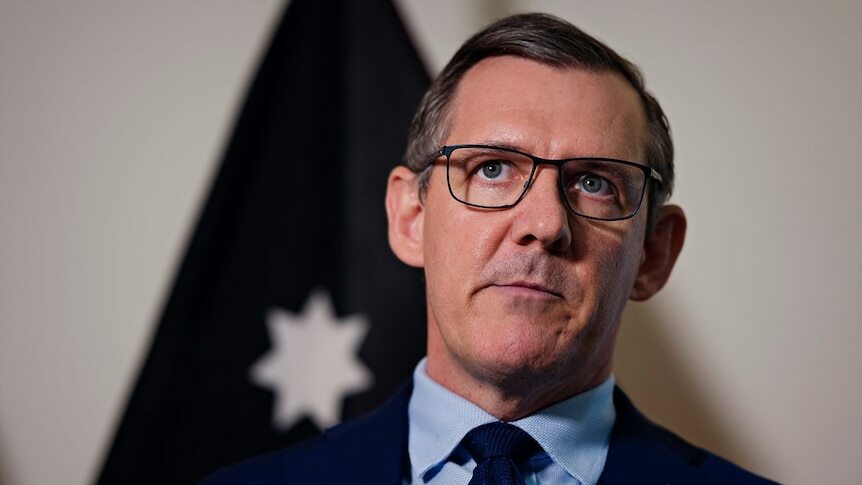 The Northern Territory government has issued a legal direction mandating workers in a broad range of settings receive their COVID-19 vaccine within a month.

In a press conference on Wednesday Chief Minister Michael Gunner said the mandate covered all public-facing roles, including those likely to come into contact with a vulnerable person.

The mandate also includes workers involved in "essential infrastructure, food or essential goods security or supply, or logistics in the Northern Territory", the government said.

These workers will be required to have received at least one dose by November 12 and a second by December 24.

Those who do not comply will not be permitted to attend their workplace and could face a $5,000 fine if they do, according to the government.

He listed hospitality, retail and supermarket workers, as well as barbers, hairdressers and beauty therapists, as examples of workers who would require the COVID jab.

"All these workers, and many, many more directly interact with members of the public," Mr Gunner said.

The legal direction allows employers to request proof of vaccination from workers, according to the government, and will be require employers to keep a vaccination status register of staff.

The government also said the legal direction would be amended to mandate booster vaccinations for workers impacted.

Mr Gunner said an "extremely narrow" portion of impacted workers would be eligible for exemptions from the mandate.

"These ... must be backed up by medical evidence," he said.

"Simply not wanting the vaccine is not a reason."

The Chief Minister said it was likely that the Northern Territory would begin to wind back border controls from the end of November, when the jurisdiction hit an 80 per cent double vaccination rate.

Mr Gunner said the gradual reopening of borders would occur despite acknowledging there remained Aboriginal communities in the Northern Territory that had "worryingly low" rates of vaccination.

Previously, Mr Gunner has flagged that a general NT-wide target of 80 per cent would not be sufficient to dilute border restrictions.

"We need an even spread through the Territory, so don't be fooled by the Territory rate of 70 or 80 per cent," Mr Gunner said in August.

"That means by the end of November, we'll be ready to take the first step in changing our quarantine measures," he said.

He said that under the updated rules, fully vaccinated travellers from hotspots would be able to undertake home quarantine in the the NT, instead of quarantining at a facility like Howard Springs.

"[This will make it] easier for Australians to come here and make it easier for Territorians to visit family and come home," he said.

"As always, it doesn't mean no risk. It means low risk. It is a modest first step.

"In the new year, we will take more steps, bigger steps to gradually and safely relax quarantine restrictions."

He said such measures would include welcoming back vaccinated people from overseas on the same conditions.

Unvaccinated people from hotspots in Australia, however, would see no changes to their quarantine requirements, Mr Gunner said.