The NSW parliament has moved a step closer to allowing euthanasia but advocates for legalised voluntary assisted dying say their fight is not likely to be realised this week.

NSW is the only state in Australia that does not allow assisted dying for terminally ill people, but advocates are hopeful the legislation will finally pass next week.

The state’s upper house on Wednesday night passed the bill’s second reading stage in a 20 to 17 vote.

Members of the upper house are still to debate amendments and a final vote is expected next week, independent Sydney MP Alex Greenwich said.

The landmark legislation passed the lower house with a majority of 20 last year.

“This has been a long journey, a long and overdue journey,” Mr Greenwich said.

“We know that NSW is the last state to embrace this compassionate reform.”

Mr Greenwich said the proposed bill is one of the most conservative models in the country, with 46 amendments to the legislation already passed.

“It’s my call to the upper house to not create any barriers and let’s work to seek to achieve voluntary assisted dying in NSW by the end of next week,” he said.

The Voluntary Assisted Dying Bill was introduced to the parliament with 28 co-sponsors, more than any other piece of legislation in Australian history.

“This is legislation that is owned by colleagues across the parliament and that is supported by a majority of people,” Mr Greenwich said.

“When legislation is supported by a majority of members, it should pass.”

Supporters of the bill rallied outside NSW parliament on Wednesday and are confident the bill will pass next week.

“We have waited a long time, as in 50 years Dying With Dignity has been campaigning for these laws,” Shayne Higson, president of the NSW branch told AAP.

“We have to keep the pressure up, because we know that the legislation is not supported by our premier,” Ms Higson said.

“Fortunately, there are enough MPs in NSW parliament who reflect the support in their communities and now that support is also being shown in the upper house.”

Steve Offner from Go Gentle Australia is hopeful the bill will pass next week.

“We’re quietly confident that this evening there’ll be a second reading vote which will be the first vote in the upper house,” he said.

“Nothing is likely to happen today in terms of a final resolution, but we’re hopeful that maybe next week, we’ll see a final (resolution).”

Leaders of the major faith-based medical and care providers are urging NSW MLCs to respect the rights of staff and residents of aged care facilities who do not want to facilitate assisted dying.

HammondCare, Anglicare and Catholic Health Australia provide live-in aged care services for up to 16,500 people in NSW, while also supporting more than 35,000 people in their private homes.

They say the bill forces faith-based aged care facilities to allow doctors into their premises to prescribe and even administer restricted drugs with the intention of causing death to a resident without even informing the facility. 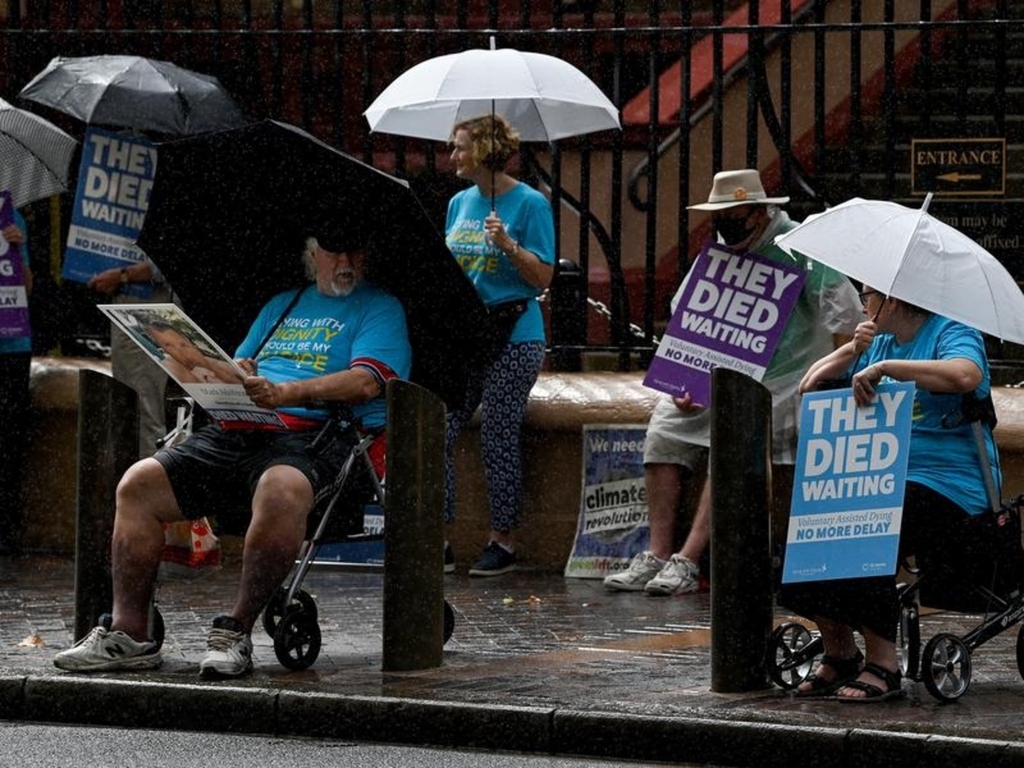 AAP
One subscription that gives you access to news from hundreds of sites
'The longer this drags out, the longer people suffer': Advocates for Voluntary Assisted Dying Bill

NSW is the only state in Australia that does not allow assisted dying for terminally ill people.