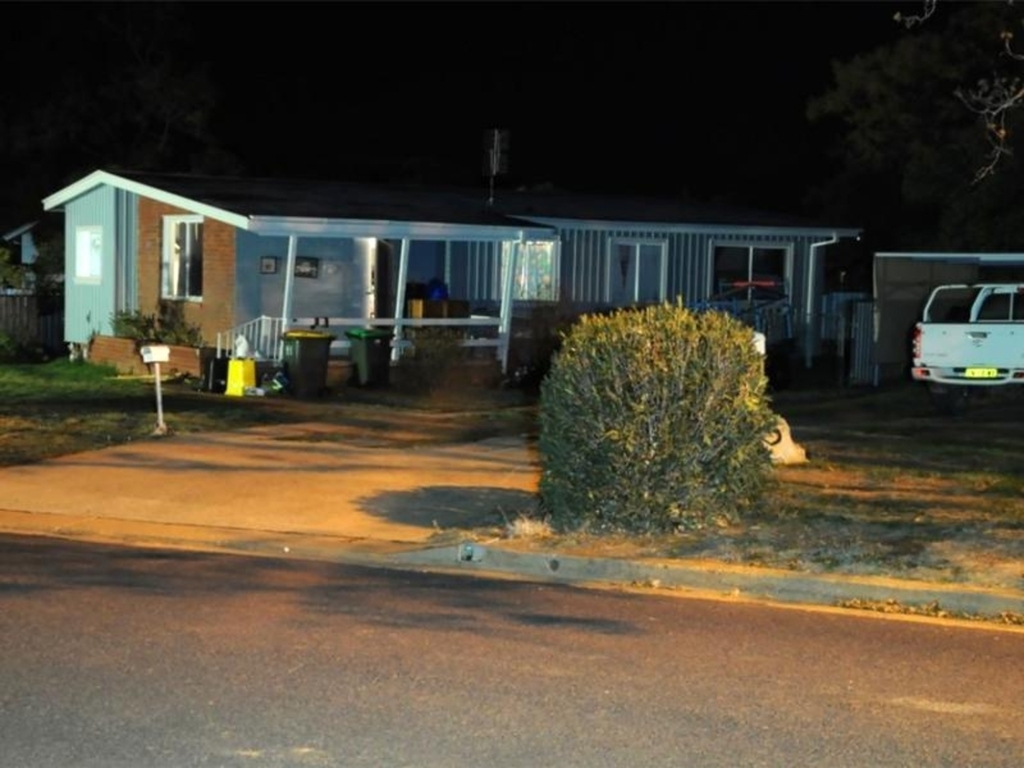 A neighbour with eyes "popping out of his head" was "going off" and charging towards a family home in central western NSW before he was shot dead, a court has been told.

Tracey Simpson, giving evidence in her son Nathan Joseph Price's murder trial, said she stepped outside her Porter Street home in Parkes to a commotion on June 24, 2019.

A few doors down Jesse Herridge's eyeballs were bulging and he looked as if he "wanted to hurt someone it didn't matter who it was", Ms Simpson told the NSW Supreme Court on Friday.

A toxicology report later found high levels of methylamphetamine in his blood.

Price, 20, appeared from Parklea Prison where he caught COVID-19 and had been wearing a full PPE suit on Thursday in an isolated video booth, the court was told.

His lawyer Ian Nash asked him on Friday if he was in plain clothes after completing isolation, but Price shook his head.

"Nah (the staff) were trying to rush me out ... didn't even get time to drink my coffee," he said.

Price has pleaded not guilty to murdering Mr Herridge and to the lesser charge of unlawful killing, saying he was protecting his mother.

Justice Stephen Rothman has to decide in the judge-alone trial whether the shooting was done in self-defence.

Ms Simpson said a person arrived home looking visibly upset and scared after a man up the road was "yelling and screaming at her ... after she told his dogs to be quiet".

The court was earlier told she walked passed and yelled out "shut the f*** up" at his barking dogs.

The animal owner shouted in return: "You shut the f*** up you redheaded slut."

Ms Simpson walked outside and saw Mr Herridge "carrying on" and coming towards her before she blacked out due to stress affecting her epilepsy.

The sequence of events has been disputed by Mr Herridge's partner of 10 years who said Ms Simpson began hurling the abuse first.

The incensed neighbour grabbed an axe handle and walked towards the home where Price at some point retrieved and loaded a shortened 12-gauge shotgun.

Ms Simpson remembers seeing "the boys wrestling" before the bang went off and she blacked out once more.

Another witness saw Mr Herridge holding his weapon above his head as if "to hit the boy" while the pair stood about 50cm away from each other.