By Exclusive by Sean Rubinsztein-Dunlop 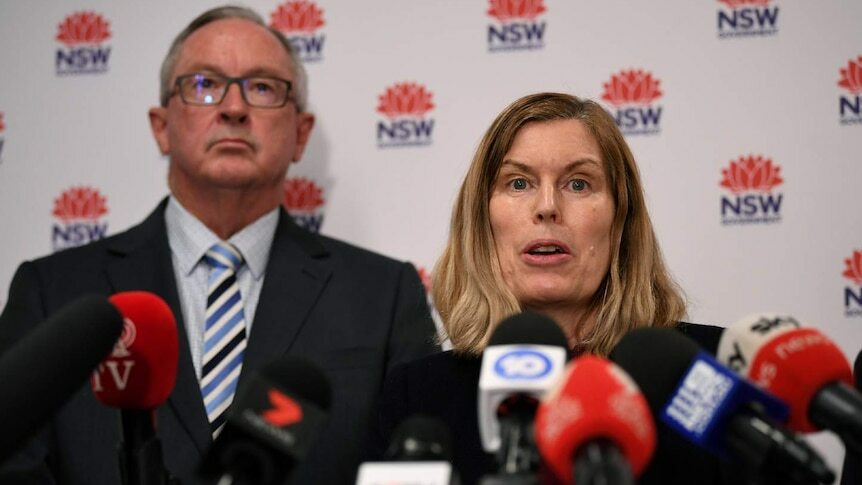 The New South Wales government waited two days to lock down all of Sydney after health authorities discovered they had not contained a superspreader event blamed for the Delta outbreak in Sydney's south-west.

As Sydney's marathon lockdown enters its 12th week, answers to questions on notice to a parliamentary inquiry reveal NSW Health knew on June 24 that it had failed to contain a COVID-19 cluster linked to a birthday party at Hoxton Park, in south-west Sydney.

The state government announced stay-at-home orders only for Sydney's city and east on June 25.

It extended the lockdown to Greater Sydney on June 26 because of the West Hoxton cluster, which it blamed for spreading the Delta outbreak to the city's west.

The new information from NSW Health and Health Minister Brad Hazzard reveals contact tracers discovered on June 24 they had missed a number of party guests who spent at least five days in the community after being exposed to COVID-19.

The response is at odds with comments from the Minister and Chief Health Officer Kerry Chant to the parliamentary inquiry into the management of the pandemic last month.

Mr Hazzard said the "West Hoxton case broke out" on June 23, triggering discussions about "What do we do now?"

His department has revealed authorities first became aware of the party on June 21.

Dr Chant told the inquiry that, on June 25, "It was unknown at the time that there was not containment of the West Hoxton party", even though the crisis was discovered a day earlier.

Premier Gladys Berejiklian, Mr Hazzard and Dr Chant have repeatedly refused to say whether the Chief Health Officer had advised that Sydney should lock down sooner.

However, Dr Chant last month told the inquiry that "the key issue" in discussions with Mr Hazzard about a potential lockdown was whether the West Hoxton cluster was contained.

She described it as "the seeding event in south-western Sydney … that led to the lockdown".

In her media conference on Monday, Ms Berejiklian refused to say when she first knew that the West Hoxton cluster was not contained.

She said she announced the Greater Sydney lockdown "within hours" of advice from NSW Health on June 26.

"All of our major decisions have been based directly on the health advice in as short a time frame as possible with a sense of urgency and immediacy," she said.

"We react to the health advice as soon as we receive it."

The first known case of New South Wales's Delta outbreak was detected on June 16 — 10 days before the citywide lockdown — in a limousine driver suspected to have caught COVID-19 while transporting an American flight crew.

On June 19, a woman attended the West Hoxton party after being infected with COVID-19 while working at a Bondi Junction nail salon.

The inquiry heard that at least 51 cases were linked to the party, with 30 attendees and another 21 of their contacts infected.

The answers to questions on notice reveal NSW Health started responding to the party on June 21, two days before positive cases in the cluster were announced.

The department's response to the inquiry outlined the chain of events:

The public health unit rapidly managed the exposure risk by placing all known attendees into self-isolation; however, NSW Health was later notified of additional attendees on June 24, 2021.

These contacts were also rapidly placed in self-isolation."

Among the guests who were unknown to contact tracers for days was the father of the woman who hosted the party.

He tested positive to COVID-19 on June 24 after returning home to Melbourne.

Last month, Mr Hazzard told the inquiry the West Hoxton cluster caused "a high level of anxiety and concern" in the health department.

Dr Chant said "different decisions" might have been made if health authorities knew earlier that the cluster was not contained.

"It was the seeding event in western Sydney … that wasn't recognised at the time," she told the inquiry.

"It was thought that cluster had been identified very early but there were issues around containment of that, that weren't appreciated.

"Obviously with the benefit of hindsight, there are different decisions that can be made."

She said NSW Health "acted quickly" on June 25, advising the Government to lock down four local government areas in Sydney's city and east, but claimed at the time that the extent of the crisis in West Hoxton was not known.

"On that day, the Government responded to our initial request for lockdown of the Waverley, Woollahra, Randwick, City of Sydney," she said.

"And then quickly the escalating nature justified locking down the remainder of Greater Sydney.

"The lockdown did have effect in bringing the disease under control in south-eastern Sydney quite quickly.

"Unfortunately, it was unknown at the time that there was not containment of the West Hoxton party."

'It's another 48 hours before we have citywide lockdown'

NSW Health and the Minister's office provided the new information in response to questions from the chair of the inquiry, Greens Upper House MP David Shoebridge, about why western Sydney was not locked down earlier.

Mr Shoebridge told the ABC the government had still not answered that question.

"Inexplicably, it's another 48 hours before we have the citywide lockdown and even more strangely, 24 hours after they became aware of the extent of the West Hoxton event, they locked down only the eastern suburbs," he said.

"The government is refusing to give us the details, refusing to recall Parliament so that the questions can be put directly to them to find out exactly why this happened. The people of Sydney, the 8 million people of New South Wales who have been in an extended lockdown deserve a great deal more from the government than the scraps of information we've been able to force out of them.

"This has been known by NSW Health and by the government for months and months.

"And we only get this little glimpse into the truth because we have to force it out of them through the rare parliamentary oversight hearings that we're able to have in this pandemic."

The ABC has contacted NSW Health and Mr Hazzard for comment.

On Friday the state government cancelled its daily COVID-19 media conferences from yesterday (Sunday), however the Premier gave an update today.