By Mario Christodoulou and Kathleen Calderwood

Dominic Perrottet and John Barilaro personally negotiated a lucrative remuneration deal for the state's agent-general in London, an email seen by the ABC suggests.

NSW's suite of overseas postings and the recruitment processes used to fill them have come under the microscope this year after Mr Barilaro was appointed Senior Trade and Investment Commissioner to the Americas, a job from which he has since withdrawn.

The ongoing saga raises questions about whether ministers tried to influence the recruitment of these roles, which are public service appointments.

Stephen Cartwright was appointed the state's agent-general based in the UK in October last year.

In a March 2021 email to the government-appointed recruitment agent, Mr Cartwright claims then-treasurer Dominic Perrottet agreed that key expenses over and above the lucrative salary would be "taken care of", after the issue was raised with him by then-deputy premier and trade minister Mr Barilaro.

Mr Cartwright said in the email his salary expectations were set by a conversation with Mr Barilaro in February 2021, well before he was offered the role.

"I had a very frank and open discussion about my circumstances (I have been on a package of over 800K for some years and have made financial commitments accordingly) and about his view that the current package on offer was not attracting the right calibre of candidate," he wrote.

"Apart from improving the base salary package (he mentioned low 5's) he indicated (privately of course) that he and the Treasurer had reached an agreement that the cost of suitable family accommodation (including cleaning etc) in an inner suburb of London could be taken care of by the NSW govt outside of the Salary package."

"[Mr Barilaro's] parting words were, 'you come back and tell us how it can be made to work for you'."

In a statement, a spokesperson for the Premier said, "decisions on salaries and expenses are for the public service", but added that Mr Perrottet had been given updates on the recruitment process, including from the former trade minister, Mr Barilaro.

Mr Cartwright's appointment came after a preferred candidate had already been identified internally for the London trade commissioner role.

In the email, Mr Cartwright said he was fielding other offers and wanted the process concluded quickly.

"I don't want to directly disclose my discussions with [Mr Barilaro] etc or be accused of being unrealistic or playing hardball in the negotiations, but my participation in the process to date has been shaped by these expectations and I can't hold off other offers for too much longer so I need a degree of certainty on this role asap," he wrote.

Mr Cartwright is a former chief executive of the NSW Business Chamber.

The ABC contacted him and he referred questions to Investment NSW.

A spokesperson for Investment NSW said it was inappropriate to comment while the NSW Legislative Council inquiry into the trade roles continued.

Giving evidence to that inquiry on Thursday afternoon, the recruiter Marianne Broadbent said "there were many discussions about expectations for remuneration" with Mr Cartwright.

"His understanding was that a higher salary would be available to him," Dr Broadbent said.

"Did he put in writing to you that the deputy premier and the treasurer have reached an agreement that the cost of suitable family accommodation would be taken care of by the NSW government," asked Labor MLC Daniel Mookhey.

"I believe there were words to that effect, I do not know the veracity of that though," she replied.

Investment NSW CEO Amy Brown told that inquiry earlier this month that Mr Cartwright frequently invoked the name of the then-premier during protracted contract negotiations for the London agent-general role.

"If things were getting too difficult, he seemed to find it a bit of a go-to statement to say that he would go to the deputy premier or the premier … I think I said, 'Good luck, but it's not going to change my mind'," she told the inquiry.

"I got the impression that he felt that he had some sort of an elevated status."

The London agent-general role was classified as a public sector appointment but also went to the NSW cabinet for approval.

An ongoing parliamentary inquiry is examining the recruitment process for the trade commissioner roles.

On Tuesday, Mr Perrottet said the process for the American role was clearly "flawed" and "not robust", while announcing his response to an independent review conducted by Graham Head.

The terms of reference for that review were limited to the American role.

When asked about the UK role, Mr Perrottet said he was not involved in the recruitment process.

"That was an appointment … that went to cabinet and was appointed by the cabinet of the government."

Mr Perrottet said Mr Cartwright and other trade commissioners applied in good faith and issues were with the recruitment process alone.

"John Barilaro was the trade minister at the time, and would keep me updated in relation to applications or what have you, as did Mike Pratt, but that was not a process I was driving."

Mr Barilaro did not respond to questions from the ABC. He has maintained he followed proper processes throughout. 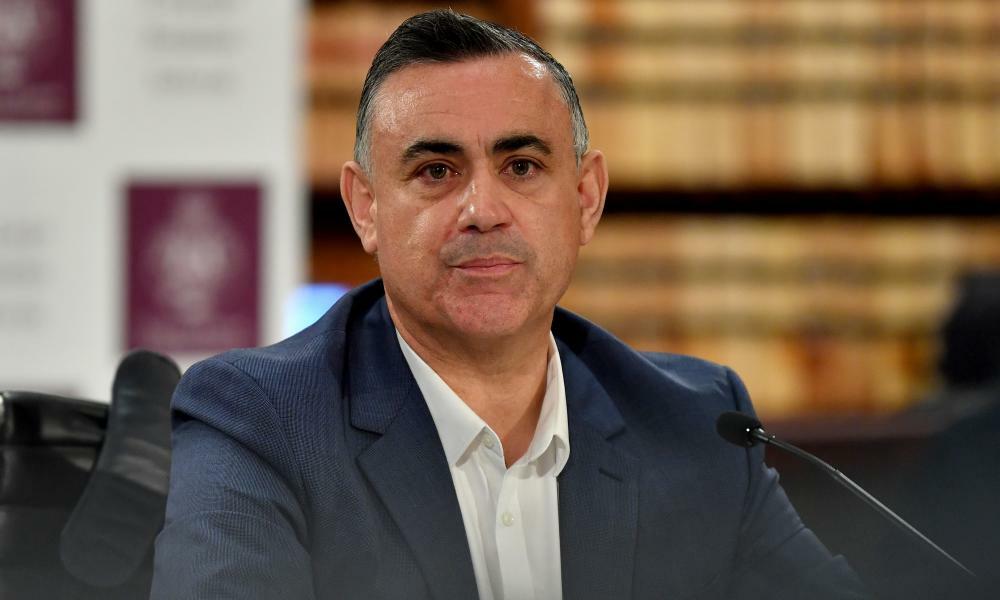 The Guardian - AU
From analysis to the latest developments in health, read the most diverse news in one place.
'What a mess': Barilaro panel member

Former NSW deputy premier John Barilaro was not the right choice for a US trade posting, a member of the…

Emails sent before the recruitment of the state's agent-general to the UK, Stephen Cartwright, are "disturbing", says the Opposition, and…

MORNING BRIEFING: The NSW Opposition is questioning the role Premier Dominic Perrottet played in the recruitment and appointment of the…

Exclusive: Investment NSW official asked if all documents relating to Stephen Cartwright could be easily found by a future review

The Guardian - AU
One place to find news on any topic, from hundreds of sites.
Inquiry into John Barilaro US trade job hears from recruiter and selection panelist, as it happened