Now, two block panchayats in Kerala say no to ‘Sir’ and ‘Madam’ 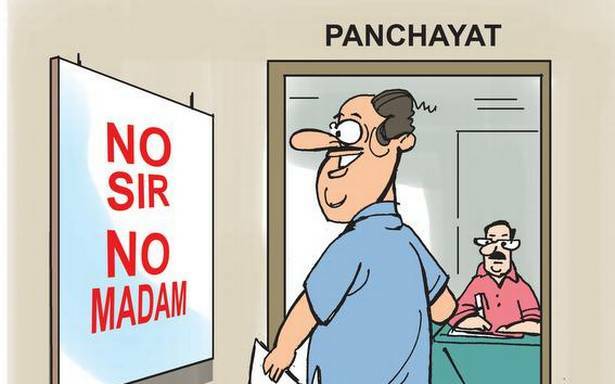 Angamaly and Paravur block panchayats in Ernakulam district have decided to ban the use of salutations like ‘Sir’ and ‘Madam’.

The move comes a few days after the Mathur grama panchayat in Palakkad district became the first local body in the country to ban such salutations after the panchayat council termed it as “remnants of the colonial rule”.

People reaching Angamaly and Paravur block panchayats will no longer have to call officials or elected representatives ‘Sir’ or ‘Madam’. Visitors can call them by their designation or names.

“We will set up a board in front of the block panchayat office stating that the public need not address any official or elected representative of the local body as Sir or Madam any more. The rule will be applicable to all the institutions under the block panchayat,” said K.V. Abhijith, member representing the Parappuram division, who moved the resolution in the council meet.

Saneesh K.S., vice president of Paravur block panchayat, said that the decision to ban the use of such salutations was taken unanimously at the council meet held on Tuesday. “We have also decided to drop words like apeshikunnu or abhyarthikunnu (meaning I request) in letters submitted before the council or the Secretary of the local body. Instead, people can use avakashapedunnu (I demand) or thalparyapedunnu (I desire),” he said. Mr. Abhijith pointed out that Angamaly block panchayat has also taken a similar decision.

People visiting the block panchayat offices can lodge complaints before the council or the secretary, if anyone refuses to offer them services for not using the banned words.