November 2015 attacks: A timeline of the night that shook the French capital 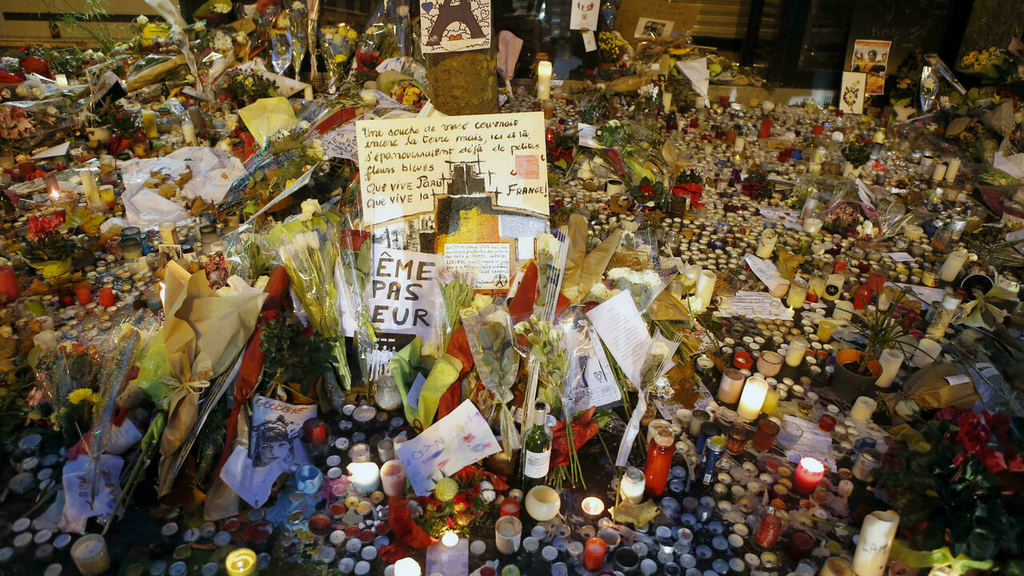 130 people were killed and scores were critically wounded in targeted attacks across Paris on the night of November 13, 2015. The attacks were claimed by the jihadist Islamic State group the following day.

Friday November 13, 2015 was a mild autumn evening in Paris. People filled the terraces in front of bars and restaurants. A big bustling crowd, including then French President François Hollande, headed to the Stade de France in the northern suburb of Saint-Denis for a friendly football match between France and Germany. A lively crowd were preparing to rock at the Eagles of Death Metal concert in the Bataclan, a trendy concert venue.

And then Paris and its very essence came under siege. A series of six coordinated attacks across Paris cut deep into the heart of Parisian existence.

As the historic trial begins for the 20 people accused of involvement in these attacks, here is a timeline of the night itself, including events leading up to and following the attacks that shook the capital to its very core.

Two apartments and a house in Belgium are rented under false identities to prepare and coordinate the attacks. One of the principal masterminds behind the attacks, Salah Abdeslam, rents two cars in Belgium to drive to France.

Simultaneous shootings and suicide bombings take place across the centre of Paris and the suburb of Saint-Denis where the national stadium is located, starting at 9:16pm (8:16pm GMT).

Three explosions take place near the Stade de France stadium during a friendly match between France and Germany attended by some 80,000 spectators, including French President François Hollande, who is immediately evacuated. Spectators are told to move out onto the pitch to await further instructions from security forces. One person is killed in the blast along with three suicide bombers.

In the 10th district (arrondissement) of Paris, 12 people are killed on the terrace of popular Cambodian restaurant, Le Petit Cambodge.

On rue de Charonne in the 11th district, 18 people are killed in gunfire that witnesses said lasted for two or three minutes.

At the Bataclan concert hall, where the California-based group Eagles of Death Metal are performing, several armed men open fire on the audience, crying "Allahu Akbar" (God is great) and take hostages.

In the 11th district near to iconic Place de la République, five people are killed on the terrace of pizzeria La Casa Nostra.

Another attack in which one person is killed happened at the same time on the other side of Place de la République. One suicide bomber is killed.

At 10:30pm, Hollande goes to the interior ministry to monitor the situation.

The anti-terrorism prosecutor takes over the investigation into the attacks.

Several Paris metro stations are closed by the police.

At 11:50pm, US President Barack Obama condemns the attacks as an "attack on all of humanity".

At 12:01am, Hollande declares a state of emergency and announces the closure of France's borders.

Raid on the Bataclan

At 12:30am, police storm the Bataclan venue, ending the operation 30 minutes later. In total 90 people are killed in the concert hall attack, as well as four attackers: three die after activating their suicide vests and the fourth is shot dead.

Hollande visits the Bataclan, where he vows to lead a "merciless" fight against terrorists.

The presidency says that border controls will be reinstated but the borders will remain open.

The death toll is updated to at least 120.

Early morning: Abdeslam, who had dropped the stadium bombers off and whose brother was one of the restaurant attackers, flees to Belgium.

Investigators announce at 4:30am that eight attackers were killed, seven of whom blew themselves up.

Hollande and Obama agree in telephone talks to strengthen bilateral cooperation against terrorism.

Security checks are stepped up in several European capitals.

In a televised address at 10:50am, Hollande calls the attacks "an act of war" committed by the Islamic State group's "terrorist army". He declares three days of national mourning.

At 11:42am, the Islamic State group claims the responsibility for the attacks as retaliation against France for “insulting [the] Prophet” and air strikes in Iraq and Syria.

Investigators continue to examine DNA traces taken from the attack sites to identify the attackers.

Police raid a house in the northern suburb of Saint-Denis, where two men involved in the attacks are hidden. One of the men detonates his explosive vest, and they and a woman with them die.

In a show of Western solidarity, Hollande and Obama vow to escalate airstrikes against the IS group and bolster intelligence sharing following the deadly attacks in Paris.

Salah Abdeslam, now Europe’s most wanted man, is captured in a dramatic raid by armed police in the Molenbeek area of Brussels, Belgium. Hollande says France would seek his extradition.

Three suicide bombers connected to the November 2015 Paris attacks strike at Brussel’s airport and a metro train, killing at least 32 people and wounding some 270 others in the worst attack in Belgian history.

Mohamed Abrini, who was involved in the Paris attacks and Brussels bombings, is arrested in Anderlecht outside Brussels. A 31-year-old Belgian national, Abrini is a childhood friend of Abdeslam.

For nine months beginning on September 8, a special criminal court in Paris will be tasked with judging the 20 accused, including Abrini and Abdeslam. Fourteen of the accused will face trial in person while six more are being tried in absentia.

The month of September will be dedicated to laying out the police and forensic evidence. October will be given over to victims' testimony. From November to December, officials including former French President François Hollande will testify, as will relatives of the attackers.

Experts will present psychological assessments in early April. Closing arguments follow through May.

The judges are expected to give their verdict.