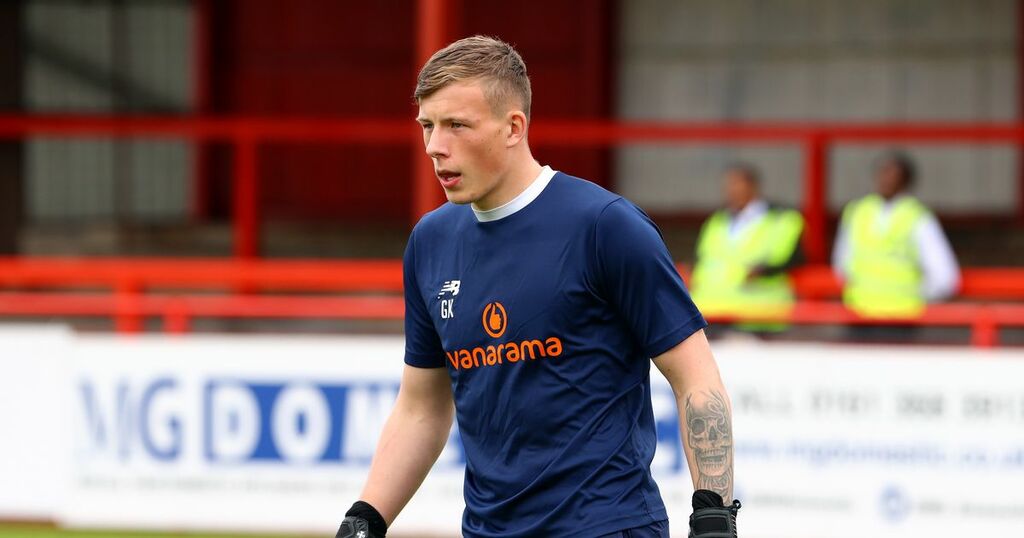 Notts County have extended the loan of Sunderland goalkeeper Anthony Patterson into the new year - and he will be eligible to face Tamworth in the FA Cup this weekend.

Patterson has impressed since joining the Magpies last month when he was drafted in as cover for the injured Sam Slocombe.

Slocombe is now closing in on a return to action but Notts head coach Ian Burchnall wanted to keep hold of Patterson and the 21-year-old will remain at Meadow Lane until January 9.

"We'd like to say a big thank you to Sunderland for agreeing to let Anthony stay with us," said Burchnall.

"He gives us very strong competition and both he and Sam will benefit from being pushed hard by each other every day.

"Our involvement in the cup competitions, which Anthony will be eligible for, makes the autumn/winter period a busy one for us so this move ensures we have excellent cover to see us through."

Notts take on Tamworth at The Lamb on Saturday (3pm kick-off) in a fourth qualifying round tie, with a place in the first round proper up for grabs.

The Magpies go into the game on the back of a 2-0 away league win at Yeovil Town last weekend.

Speaking ahead of the Tamworth game, Burchnall revealed he would be looking to rotate his squad, and is confident that whoever steps in will "deliver".

"We’ve got a good squad, I think if you were to go and throw in youth players, that could be deemed a risk, but any players that we rotate, I would expect that they are capable of stepping up and delivering," he said.

"I’m sure that we’ll change one or two and those players have been training hard and fighting for their shirt, they get their opportunity to take it and keep it at the weekend so if we do rotate, I don’t think there’s a big risk with that.

"I expect that our players are good enough to step in and deliver."

Giving an update on the players working their way back from injuries, Burchnall added: "(Jamie) O’Connell is back in training now. (Alex) Lacey trained (on Wednesday), Sam (Slocombe) has been training so I think we just need to see their responses in training and check them again on Friday.

"Maybe one or two will be involved with the squad at the weekend."

Meanwhile, Burchnall confirmed that Ciaran Brennan is eligible to play in the cup as part of his loan deal from Sheffield Wednesday.