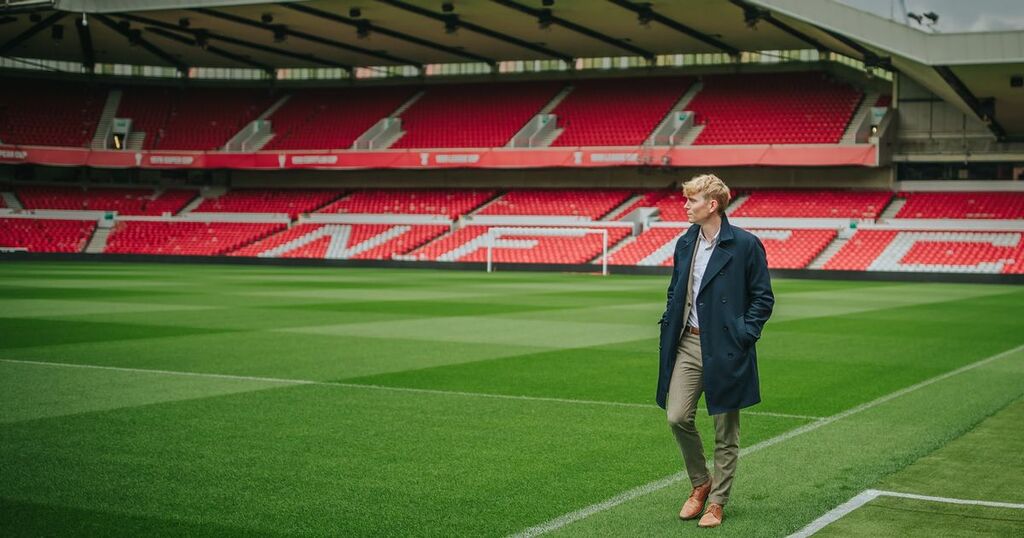 A change in approach during the summer saw the Reds generally pursue a much younger profile of player, in a bid to bring down the average age of the squad.

An overhaul of the dressing room saw 10 additions brought in, while 18 players have departed since the end of last season - albeit one of those, James Garner, went on to re-sign on loan.

That hasn’t yet translated into results on the pitch, with Chris Hughton’s side propping up the Championship table after registering just one point from their opening six games.

But Murphy believes patience is required for a longer-term transformation of the club.

“This is a storied club with high expectations. Rightly so, our community is hungry to establish an identity of success,” he said, in the official matchday programme for Sunday’s clash with Cardiff City.

“You should demand improvement each season - and that is exactly what I hope to deliver.

“I am excited about what we can achieve together; we have the fanbase, the infrastructure, and a talented, committed staff ready to drive the club forward.

“Developing and implementing a more modern and contemporary sporting approach will give us a competitive advantage in the ever-changing landscape of English football.

“There will be trials, and patience needed, but sticking to a club-driven philosophy will prove out.”

“The club is putting the pieces into place. Realistically, it will take two or three transfer windows to fully embed the new philosophy,” Murphy added.

“In the same breath, every result matters.

“This team can challenge for every point that is available to us and make strides up the table.”

Since then, Nicholas Ioannou, Nuno Da Costa and Harry Arter have gone on loan, and Tyler Blackett, Fouad Bachirou. and Jordan Gabriel have made permanent moves elsewhere.

“The three objectives set in July were to reduce the age of the squad, reduce the size of the squad and, in doing so, reduce cost,” said Murphy, who was officially unveiled as chief executive in July.

“Ten players were brought in during the window - five permanent and five on loan. The average age of those players is about 23.

“Ten contracted players have been released since the end of last season with an average age of nearly 30.

“Net, we now have eight less players than at the end of last season.

“In reducing the age and size of the squad, we have, in parallel, reduced the overall cost of the squad spend.

“Therefore, progress has been made against each of the three objectives set out.

“In establishing a young core, we have also retained key assets.

“Quality and potential was recruited too, from Premier League clubs such as Manchester United, Arsenal, West Ham [United] and Watford.”

What do you think of Forest's summer transfer business? Have your say in the comments below

The impact of playing behind closed doors, without matchday revenue, for so long was felt by a number of clubs this summer. It was a tough window for many, and generally quieter as a result.

“In assessing our business in the transfer window, we must also recognise the unique conditions this summer,” said Murphy.

“It was the first full window post-COVID-19 and this clearly had a transformational impact, particularly below the Premier League.

“Around one third of Championship clubs did not pay a fee for a player, with about a quarter of the deals in the Championship not involving a fee. The fees paid totalled around a third of what has historically been spent.

“It was also no surprise that the major player in the market was a club with parachute payments.

“Parachute payments make it difficult for clubs without the luxury, but it is to the great credit of Mr Marinakis (owner Evangelos Marinakis) that the club continues to compete with those with that significant advantage. This also magnifies the importance to drive a methodology that will allow us to outthink our competition in strategy.”