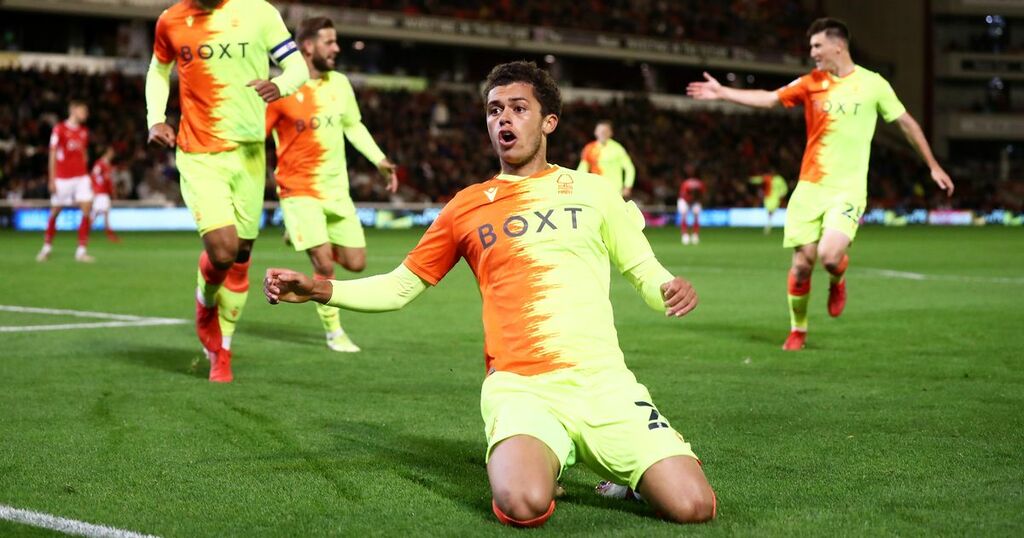 Head coach Steve Cooper is determined to keep Nottingham Forest youngster Brennan Johnson’s feet on the ground amid a flying start to the season.

The 20-year-old attacker has picked up from where he left off in last term’s impressive loan spell at Lincoln City, proving he can be just as influential in a league above.

A regular in the starting XI, he has chipped in with two goals and three assists from 11 games for the Reds, with his devastating pace proving to be a particularly useful asset.

He has his own chant and is frequently serenaded as “one of our own” by Forest fans watching on.

However, after attracting plenty of interest from elsewhere in the summer, Cooper says Johnson's challenge is simply to concentrate on getting even better.

Discussions have taken place about a fresh contract for the Nigel Doughty Academy graduate, but asked if there was any update, Cooper said: “Not from me. I’m focusing on the football with him.

“The challenge with him, and a lot of the young players, is to focus on what they are in control of and not look too far ahead.

“They just have to keep it going; understand why he has done well so far, and continue to use that process.

“But I am not worried about that, because I see a boy who really loves his training and loves his football.

Johnson had already comfortably made the transition from excelling in League One to doing the same in the Championship prior to Cooper’s arrival.

But the new boss has made a point of singling out how the Wales international, in particular, could cause the opposition problems in the games against Barnsley and Birmingham City.

It worked to great effect, with Forest recording back-to-back victories going into the international break.

Johnson is with the national side this fortnight, for World Cup qualifiers against Czech Republic and Estonia, with Cooper confident there is still plenty more to come from him in the Garibaldi.

“He’s a talented boy, no doubt about that. And he’s a good kid as well,” he said.

“My first impressions of him have been very good.

“I know he had a very good season last year, on loan at Lincoln. I watched quite a lot of those games.

“He seems to have taken that experience into the start of this season, in a league above. That’s great, because there’s nothing like a young, homegrown, exciting player playing for their local team. He’s thriving on that.

“We’ve got to do our very best to help him to continue to do that.”

What have you made of Johnson's start to the season? Have your say in the comments below