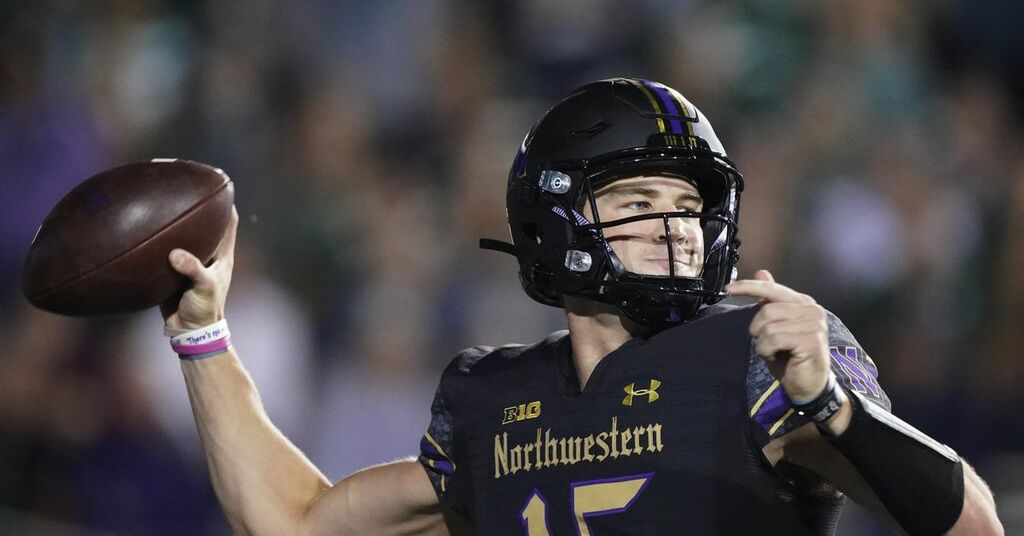 Northwestern coach Pat Fitzgerald wasn’t worried about the Wildcats looking past an FCS team. All he had to do is show the ugly video from last week.

Northwestern hosts Indiana State on Saturday (11 a.m., BTN) looking to steady itself after a wobbly and decisive season-opening loss to Michigan State at home last week.

“I think we have plenty to fix, partner,” said Fitzgerald, in his 16th season and by far Northwestern’s winningest coach at 106-82. “It won’t be hard for us to stay focused.”

The Wildcats’ 38-21 loss to the Spartans was every bit as lopsided as the score indicated. They watched as Kenneth Walker III ran for a career-high 264 yards and a personal-best four touchdowns, including a 75-yard score on the game’s first play from scrimmage. They trailed 21-0 in the second quarter, and were outgained 511-400 in total yards and 326-117 in rushing.

For a team coming off its second Big Ten West championship in three seasons, it was quite a wakeup. Northwestern lost major contributors on offense and defense from last year. Then again, Michigan State has no shortage of newcomers with 20 transfers and its sights set on a quick turnaround after struggling in coach Mel Tucker’s first season.

The Wildcats need to put that one behind them and avoid looking ahead to Duke next week as they prepare to face Indiana State in the first meeting between two schools that started playing football in the 1800s. The Sycamores (1-0), an FCS team, beat Eastern Illinois 26-21 on Aug. 28 in their first game since 2019.

Indiana State initially postponed last season to the spring because of the pandemic, then opted not to play at all. The school cited safety concerns over what would have been a short turnaround this year.

“We got a great opponent,” coach Cam Mallory said. “But it’s about us getting better from Week 1 to Week 2.”

A positive for Northwestern last week was quarterback Hunter Johnson.

Once a highly touted transfer from Clemson, Johnson posted career highs in completions (30), attempts (43), yards (283) and touchdown passes (three) in his first start since 2019. The three TDs were the most by a Northwestern quarterback in a season opener since Dan Persa threw three against Vanderbilt in 2010.

For a quarterback who made just two appearances last year behind Peyton Ramsey and did not throw a pass, it was a promising opener.

“I’m really proud of Hunter,” Fitzgerald said. “He’s been through a lot. I thought he really had a great offseason.”

Indiana State safety Michael Thomas had two interceptions in the opener, returning the second one 75 yards for a touchdown to make it a 10-point game in the fourth quarter. He also had a team-leading 10 tackles.

Northwestern lost leading tacklers Blake Gallagher and Paddy Fisher as well as cornerback Greg Newsome II from a defense that ranked among the nation’s stingiest last season. It clearly showed in the opener. Michigan State converted on all five trips inside the red zone.

Last season, Northwestern ranked fifth in the nation and led the Big Ten in scoring defense. In the red zone, the Wildcats were sixth in the country.

Receiver Bryce Kirtz had his best game in two seasons at Northwestern with seven receptions for 80 yards. By comparison, he had six catches for 67 yards over nine games as a freshman last year.

With Johnson at quarterback, perhaps that was no coincidence. After all, they played together at Brownsburg (Ind.) High School.

“My freshman year, which was in 2016, I did not play varsity,” Kirtz said. “But my sophomore year, I did play varsity. Hunter was my quarterback. ... He helped me adjust to that. He made me feel way more comfortable out there, just kinda telling me ‘you got it,’ giving me confidence out there, definitely. The best memory I have with Hunter is just him kinda teaching me how to play football out there at the higher level and then now here in college.”

Kirtz also has a connection to Indiana State. His father Andre ran track and brother Tyler — who plays football at Ball State — was recruited by the Sycamores.

Northwestern lost No. 1 running back Cam Porter to a season-ending lower-body injury in camp. Evan Hull looks like he’s ready to take on a bigger role after running for 87 yards on nine carries in the opener.

“We’ll see how the game goes, the ebb and the flow. At the end of the day, I think Evan’s earned the (role),” Fitzgerald said.