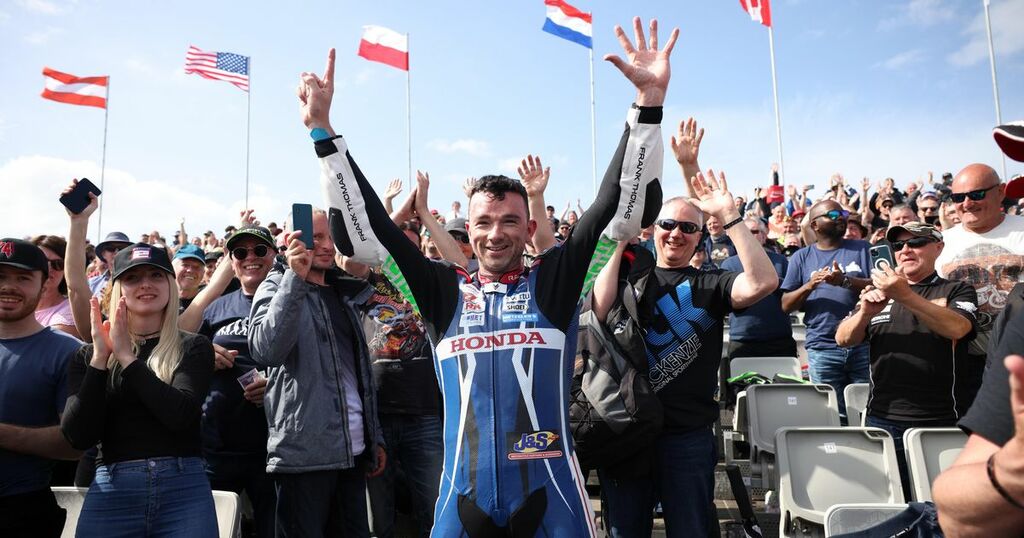 North West 200 results RECAP: Glenn Irwin holds back the tears as he extends Superbike run
Irwin was a class apart in the blue riband Superbike class on Saturday

A number of riders were forced to withdraw from the feature race at Saturday's North West 200 because of tyre safety issues.

Dunlop Tyres made the call to organisers after discovering an issue with their Superbike-spec slick tyres.

That resulted in riders including Michael Dunlop, Davey Todd and Peter Hickman having to withdraw from the final blue riband race of the day.

In a statement, the North West 200 said: "The race organisers have been informed by Dunlop Tyres that the company has discovered a fault in a batch of their Superbike-spec slick tyres.

"On the grounds of safety, Dunlop has informed the NW200 organisers that the company will have to withdraw riders using their products from the final Merrow Hotel and Spa Superbike race today.

"Those riders include Michael Dunlop, Michael Rutter, Dean Harrison, Peter Hickman, Brian McCormack and Sam West plus a number of other competitors."

Hickman had earlier informed organisers he would not be racing in the final race after he was forced to retire with tyre issues in the fifth lap of the first Superbike event.

Hickman had broken the existing lap record before retiring and took the decision to pull out of the remainder of the North West in the interest of safety, according to the BBC.

Read more: Glenn Irwin on the North West 200 icons he looked up to

North West 200 results RECAP: Glenn Irwin holds back the tears as he extends Superbike run
Irwin was a class apart in the blue riband Superbike class on Saturday