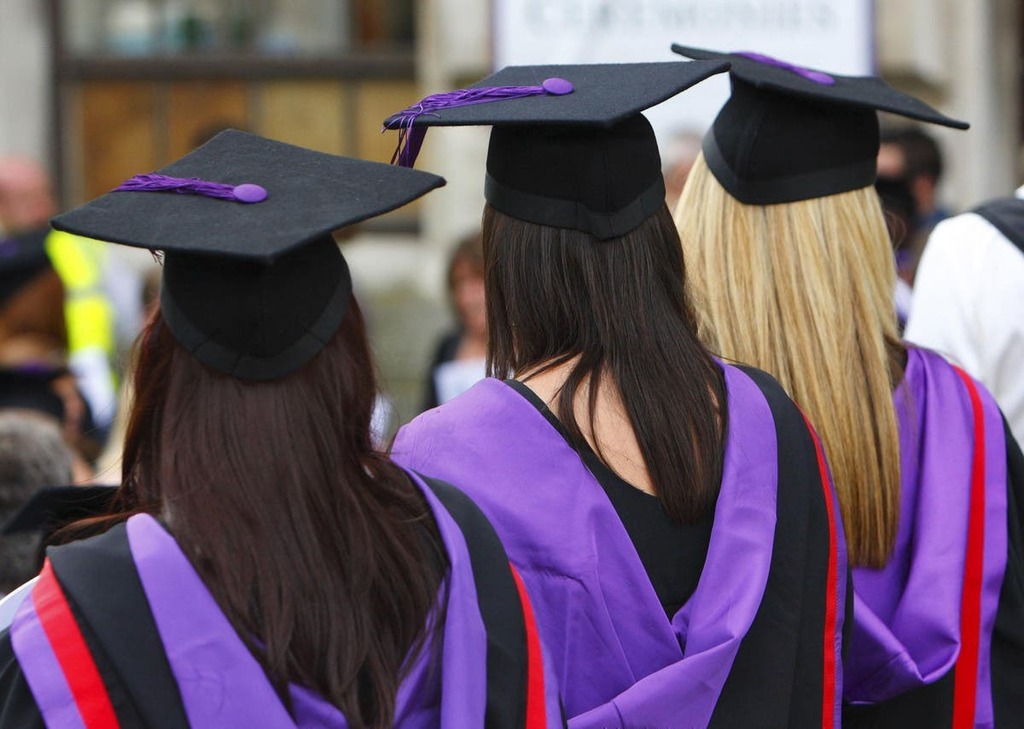 The Research Excellence Framework 2021 has been published

ALL of Scotland’s universities are producing “world-leading” research, according to an annual report.

In research based on Office for National Statistics figures, Sunderland has the second smallest gap between average male and female… 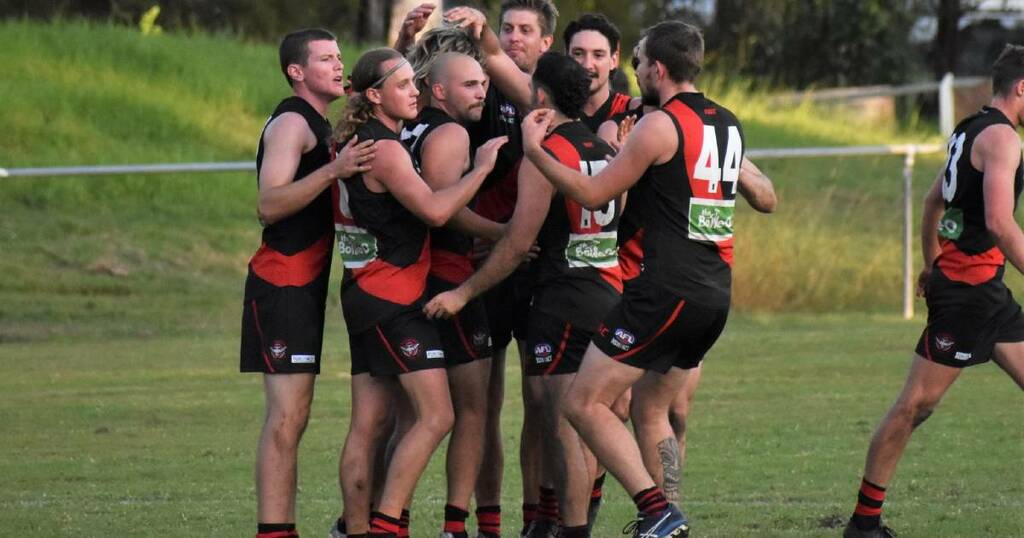 The North East has the strongest team of researchers outside of London after Northumbria University took a leap forward in prestigious power rankings.

Results from the Research Excellence Framework (REF2021) show Northumbria University with the biggest rise in research power ranking of any UK university.

Northumbria has given the city of Newcastle a second research-intensive university and, alongside Durham, created a Northern Research Powerhouse with the largest city-area concentration of researchers outside London.

Northumbria has built on its success by having a major influx of researchers conducting world-leading and internationally recognised research over the past 15 years. The number of researchers has surged from 56 in 2008, to 207 in 2014 and 840 today.

At the same time, the quality and impact of research at Northumbria have risen significantly. On Quality-related (QR) power it ranks 28th, again with the biggest rise on this measure.

Vice-Chancellor and Chief Executive of Northumbria, Professor Andrew Wathey CBE, said: “Alongside a second major leap in research power, the University’s results have improved in quality, in both absolute and relative terms, and its impact ratings have surged ahead. This outcome moves us clearly into territory formerly the preserve of the Russell Group of universities and other research-intensive institutions.

"Northumbria is the first modern university to cross the clear blue water that separated the old and the new parts of the sector, and others are following.

“The city of Newcastle, combined with Durham, is now host to the largest concentration of researchers outside London creating a northern research powerhouse. This is important for the economy of the North East, for inward investment – public and private – for future collaboration between the universities and business, and for the levelling up impacts of research.”

The depth and breadth of the university’s research was demonstrated by more than 1,000 research staff who submitted research in 24 different subject areas - an increase of 44% in staff numbers since REF 2014.

Six Durham subject areas were in the UK top ten for the overall quality of their research including Geography (1st ), Archaeology (2nd ), Education (2nd ), Classics and Ancient History (4th ), Theology and Religion (8th ) and Sport and Exercise Sciences (10th ).

Pro-Vice-Chancellor (Research) at Durham University, Professor Colin Bain, said: “Our research brings together the leading minds in their field to work collaboratively across departments and with our partners to develop new ways of thinking that have a positive impact on societal and global challenges.

Did you study at Northumbria, Newcastle, Sunderland or Durham University? Be sure to tell us about your experience in the comments.

“The Research Excellence Framework recognises the benefit of this cross-disciplinary working, which is producing ground-breaking research and is central to enhancing global knowledge and developing global citizenship.

“We seek out regional, national and international partners to share our academic expertise and student talent, supporting their ambitions and ensuring our research makes a difference.

"We are continuing to grow our academic staff numbers and we have invested heavily in staff in subjects such as Computer Science, Psychology, History, Sport and Exercise Sciences, Law and Business, and our new researchers have contributed to our strong performance in all these fields.

“I am extremely proud of all of our outstanding researchers and support staff whose hard work is affirmed in the REF results published today and I congratulate them for it.”

Durham is one of the UK’s leading higher education institutions and is ranked in the world top 100 (82 nd ) by the QS World University Rankings 2022.

Durham is also ranked 14 th globally for its contribution to the UN’s Sustainable Development Goal 17 in recognition of how it works with local, national and international partners to achieve sustainable development.

Newcastle University is also considered to be one of the UK’s world-leading broad-based research-intensive universities.

The REF results reinforce the University’s excellent recent performance in global university rankings which improved since 2016 in Leiden (114th to 66th), QS (168th to 134th) and THE (190th to 146th).

And last month, Newcastle was ranked first in the UK and 8th in the world in the Times Higher Education Impact Rankings 2022. The rankings assess a university’s work towards achieving the UN Sustainable Development Goals, and Newcastle’s world-leading research in this area was key to achieving this.

Vice-Chancellor and President of Newcastle University, Professor Chris Day, said: “I commend everyone across the University who has worked so hard to deliver the outstanding research that is reflected in today’s results.

“The results of REF2021 confirm that the research, researchers and teams at Newcastle University are recognised as Visibly Leading in their disciplines and are changing the world for the better.

“The results also recognise the progress we have made on our Vision and Strategy. By working together and integrating research for discovery and impact with education for life, engagement and place, and global strategies, we are growing in research capacity and power.”

Pro-Vice-Chancellor for Research Strategy and Resources, Professor Brian Walker, added: “We’re celebrating the contribution that everyone has made to our collective excellence, creativity and impact across the full range of disciplines.

“I welcome the move in REF2021 away from an out-of-date focus on individual academics in favour of recognising that research is a team sport and that the best research comes from the collective efforts of many different people.

“The results reflect our collective excellence and the increasing diversity and capacity of our research teams. They also show how working together with our partners and stakeholders has released the economic and societal impact from our research, which is recognised as a major strength at Newcastle.”

The University of Sunderland also celebrated their own successes in the REF analysis, with more than 70 per cent of published research rated as either world-leading or internationally excellent. The University itself has doubled in proportion of these figures since the last REF in 2014, and the University's Grade Point Average (GPA) has also increased significantly - moving up 30 places in total.

University Vice-Chancellor and Chief Executive, Sir David Bell, said: “Today’s results recognise the outstanding effort, wide contribution and continuing success of our research-focused academics. Through their work, society is being shaped for the better and our students continue to benefit from being taught by world-leading and internationally excellent experts.

“The REF results across the country as a whole demonstrate the vital role that universities play in ensuring that the United Kingdom continues to be a world leader in research and innovation. That brings social, economic and cultural benefits to individuals and communities up and down the land.”

Research Professional News has ranked the top UK universities for research based on the latest analysis from the Research Excellence Framework (REF).

Here are the top 30 universities in their ranking:

28. University of Northumbria at Newcastle

The Research Excellence Framework 2021 has been published

ALL of Scotland’s universities are producing “world-leading” research, according to an annual report.

In research based on Office for National Statistics figures, Sunderland has the second smallest gap between average male and female…