No Zeke, no problem: Cowboys are right not to run the ball against Buccaneers 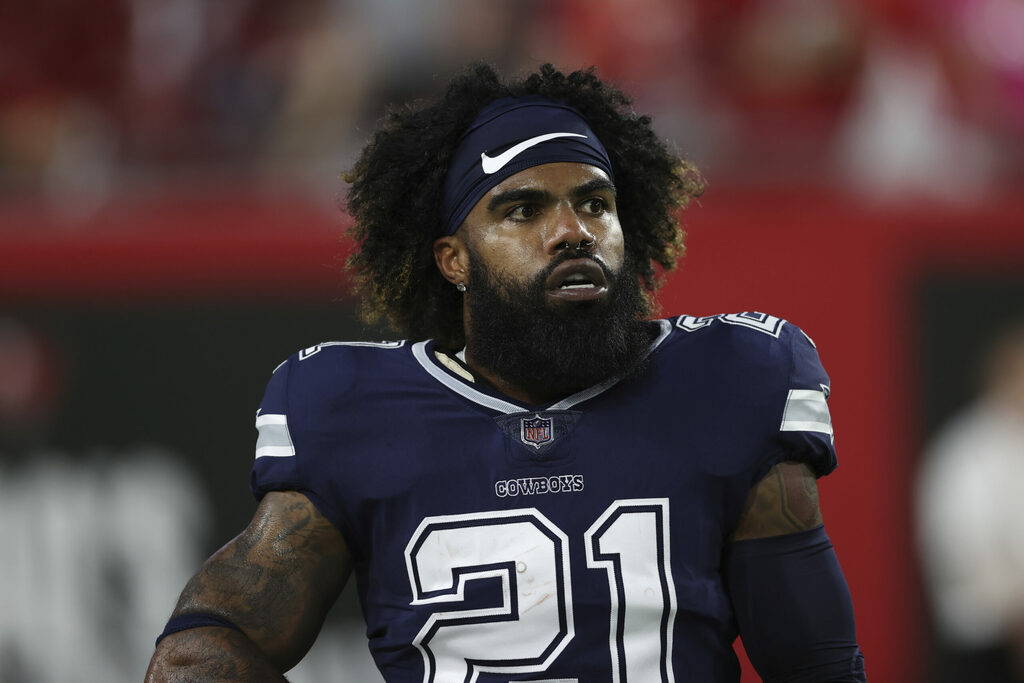 As I begin this article with 8:55 left in the third quarter of the NFL’s 2021 regular-season opener between the Cowboys and Buccaneers, Dallas running back Ezekiel Elliott has six carries for 11 yards, and Dak Prescott has attempted 41 passes, completing 30 for 278 yards and two touchdowns. As you might expect, social media is in a state of unrest as Zeke’s lack of action, but if you look at the defense the Bucs have put on the field this season (virtually the same defense they had last season), it makes all the sense in the world.

In 2020, Tampa Bay ranked first in the NFL in running back yards allowed per carry with 3.35, and per Football Outsiders, they were great both in short-yardage situations and when running backs hit the second level — which they didn’t that often. Defensive tackle Vita Vea is the real difference-maker here — he was out from Week 5 through the NFC Championship Game with an ankle injury, and while the Bucs’ run defense was very good without him, allowing 4.0 yards per carry, they were the NFL’s best run defense with him — 2.8 yards per carry allowed, per Sports Info Solutions.

Vea is on the field tonight, as is defensive tackle Ndamukong Suh and defensive end Jason Pierre-Paul. Ask backup running back Tony Pollard how that went for him on his one carry of the night.

Ndamukong Suh can pick up an NFL RB like a misbehaving child. Took Pollard to timeout.pic.twitter.com/mrju29iLEU

Add in the fact that six-time Pro Bowl guard Zack Martin is out of this game with a positive COVID-19 test, and it makes all the sense in the world for the Cowboys to ride Dak all the way, and put Zeke on the shelf. The Cowboys face the Rams and Aaron Donald in Week 2, and Los Angeles finished fourth last season in running back yards allowed, so the short-term strategy might have Prescott throwing 60 times per game. The Cowboys did try some crack-toss concepts with Elliott near the end of the third quarter with slightly better results, so maybe that’s the key.