‘No immediate threat’: Putin reacts to Nordic inclusion into NATO with a warning

However, the Russian President cautioned that there would be consequences if the US-led alliance bolstered military infrastructure in the new Nordic members.

To bring matters in his perspective, Putin who has been the supreme leader of Russia since 1999, mentioned that his decision to conduct a special military operation in Ukraine was to counter the post-Soviet expansion of the NATO alliance towards Russia's borders.

What comes as a probable strategic consequence of the Russian invasion of Ukraine, is the Nordic countries Finland and Sweden deciding to Join NATO. Putin, who has been rumored to be suffering from Blood Cancer, posed a rather calmer reply to new addition.

"As to enlargement, Russia has no problem with these states - none. And so in this sense there is no immediate threat to Russia from an expansion (of NATO) to include these countries," Putin told the leaders of a Russian-dominated military alliance of former Soviet states.

Putin, though, laced his ‘newly found tranquility’ on NATO with a warning.

"But the expansion of military infrastructure into this territory would certainly provoke our response," Putin said.

"What that (response) will be - we will see what threats are created for us," Putin told the leaders of the Collective Security Treaty Organization (CSTO), which includes Belarus, Armenia, Kazakhstan, Kyrgyzstan and Tajikistan.

The Kremlin chief's remarkably serene response to one of Russia's most sensitive geopolitical worries - the post-Soviet enlargement of NATO - contrasted to some tougher language from his foreign ministry and senior allies.

Before Putin spoke, Russian Deputy Foreign Minister Sergei Ryabkov said the West should have no illusions that Moscow would simply put up with the Nordic expansion of NATO. Those comments were still being played up on state television.

One of Putin's closest allies, former President Dmitry Medvedev, said last month that Russia could deploy nuclear weapons and hypersonic missiles in the Russian exclave of Kaliningrad if Finland and Sweden joined NATO.

Speaking in the Grand Kremlin Palace, Putin read a short speech that touched on NATO and scolded the United States for creating biological laboratories in the former Soviet Union.

Putin said Russia had evidence that the United States had been trying to create components of biological weapons in Ukraine, a claim Washington and Kyiv have denied.

Besides NATO's "endless expansion policy", Putin said the alliance was reaching far beyond its Euro-Atlantic remit - a trend he said that Russia was following carefully.

Moscow says NATO threatens Russia and that Washington has repeatedly ignored the Kremlin's concerns about the security of its borders in the West, the source of two devastating European invasions in 1812 and 1941.

Putin says the "special military operation" in Ukraine is necessary because the United States was using Ukraine to threaten Russia through NATO enlargement and Moscow had to defend against the persecution of Russian-speaking people.

Putin says assurances were given as the Soviet Union collapsed that the alliance would not expand eastwards toward Russia, a promise he says was a lie.

The United States and NATO dispute that such assurances were given explicitly. Kyiv and its Western backers say the claim of persecution of Russian speakers has been exaggerated by Moscow into a pretext for an unprovoked war against a sovereign state.

The West says NATO - an alliance of 30 countries including former Warsaw Pact republics such as Poland and Hungary as well as nuclear powers such as the United States, Britain and France - is purely defensive. 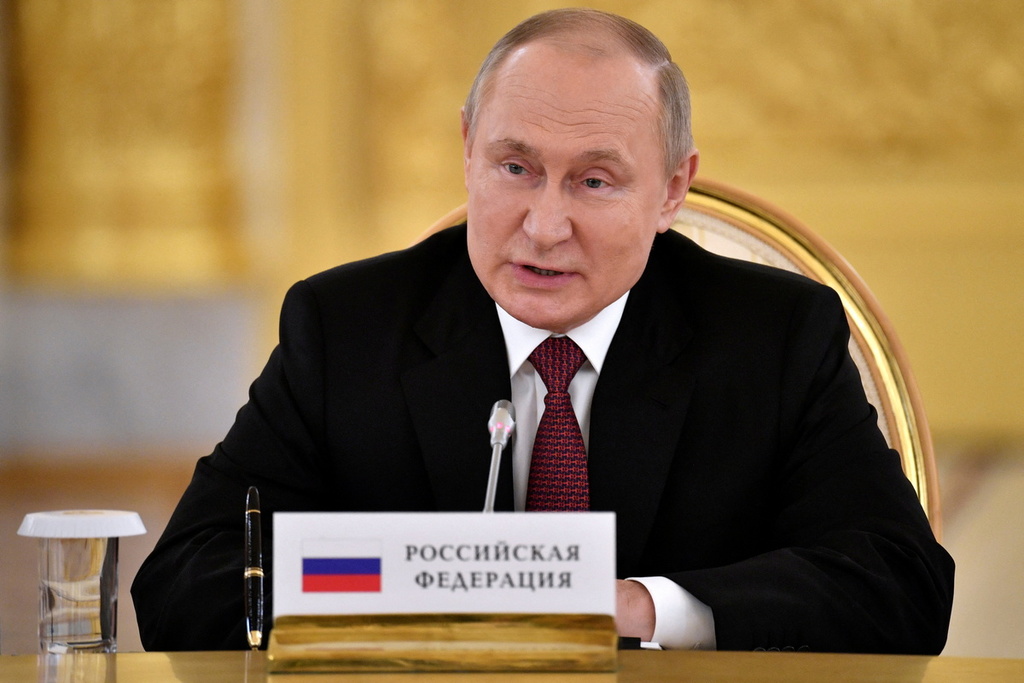 Putin sees no threat from NATO expansion, warns against military build-up
President Vladimir Putin said on Monday that there was no threat to Russia if Sweden and Finland joined NATO but…