No drug culture in Telangana: TRS 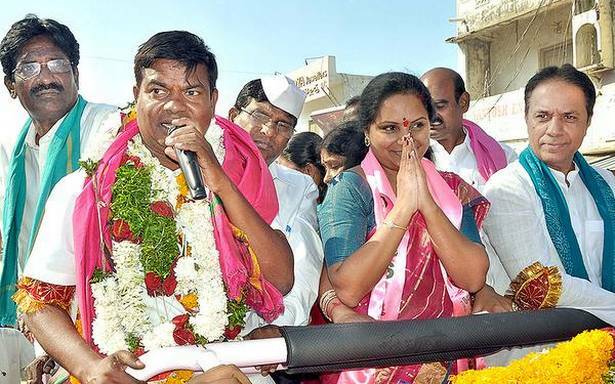 Telangana Rashtra Samiti (TRS) refuted the allegations of growing drug culture in Telangana and said that Congress should check the situation in Punjab, ruled by it, before making baseless allegations.

At a press conference here on Tuesday, Armoor MLA Jeevan Reddy and MLC Mallesham condemned the allegations made by TPCC president Revanth Reddy during his visit to console the rape victim’s family in Singareni Colony.

Mr. Jeevan Reddy said that the rape and murder of the six-year-old was unfortunate and the government was committed to catch the accused and punish him. “For every issue, the Chief Minister need not visit and on his directions, the District Collector was helping the family,” he said.

Alleging that Mr. Revanth Reddy was used to blackmailing people, he said that even the police were not spared by him. “While KCR and KTR are brand ambassadors of development, Revanth is the ambassador for blackmailing,” he charged. “Law and order in Telangana is the best in the country,” he claimed, while refuting the charges that the police were arresting protesters and not criminals.

Mr. Jeevan Reddy also took a dig at TS BJP president Bandi Sanjay claiming that his walkathon was a ‘flop’ and “people from other districts were being brought to give an impression that he received public support”. He challenged both Mr. Revanth Reddy and Mr. Bandi Sanjay for an open debate on development in Telangana compared to other States. He asked Mr. Sanjay to get additional funds for Telangana from the Centre rather than “spewing venom on the State”.