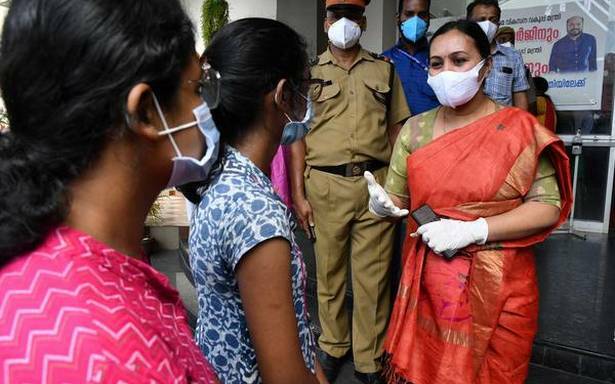 All 17 persons, who showed symptoms of Nipah infection in Kerala, have turned negative for the virus. The announcement was made by State Health Minister Veena George here on Wednesday morning.

Twelve-year-old Mohammed Hashim had succumbed to the infection at a private hospital in the city on Sunday, sending waves of fear across the state. Those who are now found to have no presence of the virus include his parents, close relatives and the healthcare workers who attended to him at various medical facilities where he was taken with fever and other symptoms.

Ms. George said the lab results of five persons were made available from the National Institute of Virology lab in Pune and two others at a special facility set up at the Government Medical College Hospital, Kozhikode, by Tuesday night or Wednesday morning. Eight other samples tested at NIV, Pune, had tested negative on late Monday night and two more at the MCH by Tuesday morning.

The Minister added that a total of 61 samples had been tested at the NIV lab and the MCH, of which 30 had reported negative for the virus. The results of others are awaited.

Meanwhile, Ms. George said, a special NIV team, which was expected to reach Kozhikode on Wednesday, would take two more days to come here. The team would collect samples of bats for detailed analysis to trace the source of the infection.