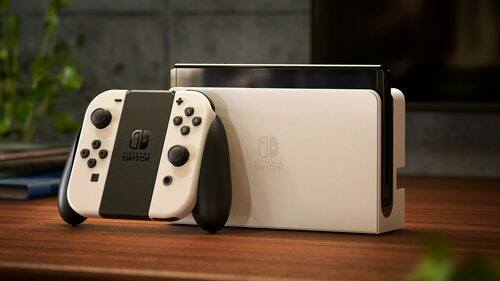 After countless denials and apologies over Joy-Con drift issues, Nintendo engineers have basically confirmed everyone’s worst fear: it may be unfixable.

In a Nintendo “Ask the Developer” interview, Ko Shiota, general manager, and Toru Yamashita, the deputy general manager of the company’s Technology Development Division, spoke at length about the Switch OLED’s development. Of particular interest, the two indirectly addressed the Joy-Con drift issues.

While the two didn’t get specific, Yamashita said the company’s continuously making improvements to component reliability. “The analog-stick parts have continuously been improved since launch, and we are still working on improvements.”

Yamashita says the improvements to the “internal components of the Joy-Con” are not exclusive to the Switch OLED, but are also available in the Switch Lite; Switch Pro controllers also have “similar continual improvements” (whatever those are).

Improved Joy-Cons are nice, but it doesn’t sound like Nintendo has fixed the underlying problem or that it’s even fixable. When asked if “wear is unavoidable as long as the parts are physically in contact?” Yamashita responded:

“Yes, for example car tires wear out as the car moves, as they are in constant friction with the ground to rotate. So with that same premise, we asked ourselves how we can improve durability, and not only that, but how can both operability and durability coexist? It’s something we are continuously tackling.”

Classic Nintendo. Dodging the actual problem at hand. But if Joy-Con drift is inevitable due to wear over time, then how is it that this fan has seemingly found a cheap solution? Something isn’t adding up.

Yamashita goes on to say that the amount of wear depends on materials and design. Yamashita says Nintendo is working on combinations that don’t break down as easily.

All of this may not be a satisfactory answer for Switch users, but at least Nintendo is trying to make things better. Alas, the saga continues.

While users are no longer being gaslit over the problem's existence, Joy-Con drift continues to be a burden. If you’re out of warranty, you can buy a replacement Joy-Con for $40, though there’s no guarantee that it won’t suffer the same drift, too. In any case, you can hope Nintendo will eventually get a grasp on Joy-Con drift, though you may be better off getting a third-party solution like Hori’s Split Pad Pro. It’s lacking some features, but overall, the better ergonomics and joysticks are worth the money if Joy-Con drift is making your Switch unusable.