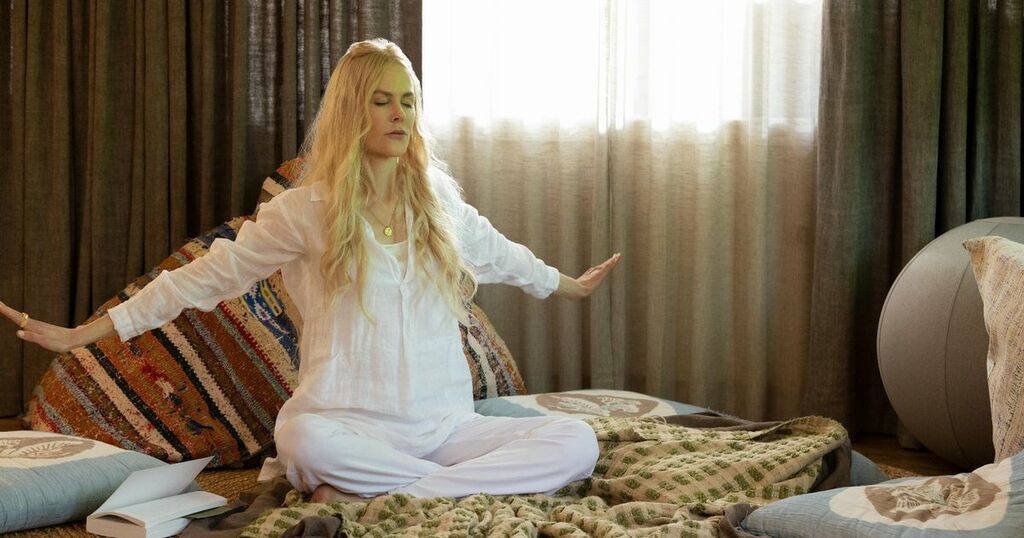 Nine Perfect Strangers has us hooked with its gripping drama and star-studded cast including Nicole Kidman, Melissa McCarthy and Luke Evans.

The thrilling miniseries follows the story of nine strangers who head to luxurious wellness retreat Tranquillum House run by a woman named Masha (played by Nicole Kidman), only for secrets and lies to unearth plenty of drama throughout their stay.

The TV show, available on Amazon Prime Video, is based on the novel of the same name by Liane Moriarty.

If you've been watching and you're getting major envy courtesy of the ridiculously pretty setting, then you're in luck - not only is the retreat a real place, but you can book stays for holidays (without all of the drama of course).

That's because Nine Perfect Strangers was actually filmed on location at the Soma retreat in Byron Bay, Australia which doubled up as Tranquillum House.

It's not difficult to see why the beautiful retreat caught the production crew's attention.

For a start the property is nestled amidst some lush greenery, and thanks to its floor-to-ceiling windows you don't need to miss out on those sprawling views whether you're having dinner at the communal table, chilling in your room or unwinding in the infinity pool.

Soma offers 10 rooms with king-sized beds and ensuite bathrooms, as well as a yoga dome hidden in the nearby bamboo forest, three treatment rooms and a massive firepit for sunset gatherings. Oh, and for the braver souls there's also a magnesium Ice Bath (we'd probably be tempted by the on-site sauna instead).

Fancy a stroll? You'll have 22 acres of land to enjoy complete with dedicated rainforest walking trails.

It's therefore no surprise to find out that the property hosts a number of health and wellness retreats including meditation, coaching and yoga. They've even got an online course called RISE led by health and mindfulness coach Gary Gorrow that's designed "as an antidote to the increase in stress and anxiety prevalent in many of our lives today".

If you're thinking of a stay, you can opt to book into one of the retreats, or hire out the entire property with family and friends.

You're going to want a big group if you're planning a trip though. Soma can be booked on Airbnb but when we took a look a four-night stay in April 2022 came with a hefty £18,244 price tag.

It wasn't the only location used for filming the miniseries.

The coastal town of Byron Bay also provided some of the backdrops, along with the nearby Lune de Sang timber plantation. Meanwhile it was the breathtaking Killen Falls which served as the setting for outdoor scenes including river scenes, while some of the characters' flashbacks were shot in Sydney as well as the town of Ballina.

Unfortunately a trip to Australia isn't on the cards for Brits quite yet.

Currently the country is keeping its borders closed to international visitors including Brits, and it's unlikely borders will reopen until 2022. Australia is currently on the UK's green list, which means that if it did open for holidays, travellers heading back to the UK won't need to quarantine or self-isolate. You should check the Foreign Office's latest Australia travel advice for more information.

Sign up to the Mirror's travel newsletter for more news, destination ideas and holiday deals sent direct to your inbox every week.