Night entertainment operators have called on the government to allow them to reopen their businesses in ''blue-zone'' provinces promoted for tourism from June 1.

This is one of several proposals which will be presented to Prime Minister Prayut Chan-o-cha at Government House on Monday, said the president of the association of business operators on Khao San Road.

The proposals were put forward by more than 10 associations of night entertainment and tourism business operators in Bangkok and other provinces, he said.

The proposals are expected to go before a meeting of the Centre for Covid-19 Situation Administration (CCSA) which will be held tomorrow.

Now was the time to further ease curbs on nightlife as it would help the tourism industry. He said the government should scrap the Thailand Pass registration requirement for foreign travellers.

Among the proposals is allowing night entertainment venues, pubs, bars and karaoke parlours that have met Safety and Health Administration (SHA) Plus or Thai Stop Covid 2 Plus standards to reopen in two stages.

In Stage 1, such venues in 12 ''blue-zone'' provinces and certain districts which are also designated as blue zones in 16 other provinces would be allowed to reopen from June 1. In Stage 2, permission for reopening would be given to those venues nationwide from July 1.

Another proposal is for provincial governors to start campaigns to encourage people to follow health safety precautions.

The business associations are also calling for the lifting of the ban on alcohol sales between 2pm-5pm, which has been in force for 50 years.

The ban was thought to be intended to stop state officials from drinking alcohol during their lunch break.

As part of their plan to reinvigorate nightlife in tourist areas, the associations will urge the government to designate special zones in which alcohol can continue to be served from 11pm-4am but with additional public transport to discourage drink-driving.

"Several tourist spots have the potential to be further developed into special zones for night-time leisure activities. They include Khao San Road, Soi Cowboy and Patpong Road in Bangkok, Walking Street in Pattaya, Bangla Road in Phuket, Hat Rin on Koh Phangan in Surat Thani and Nimmana Haeminda Road in Chiang Mai," the association president said. 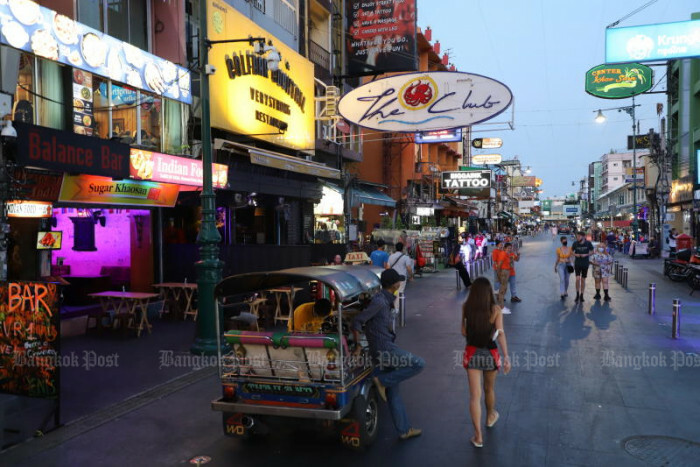