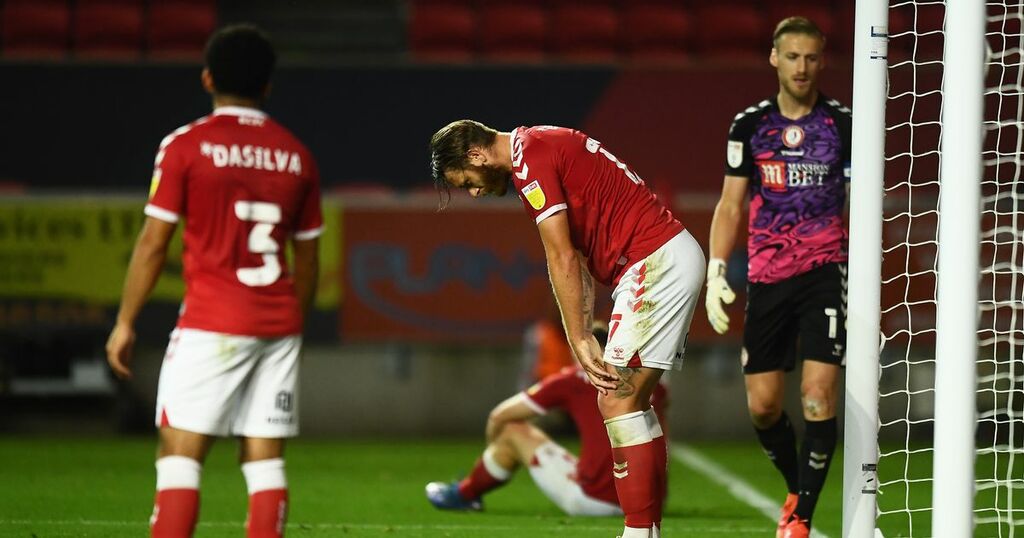 A month on from their 1-1 draw against Blackpool on the opening weekend of the campaign, City took the lead via a Nathan Baker header but were unable to see the game out as Luton Town substitute Danny Hylton nipped in to score.

The build-up to the goal, however, saw Bentley fumbled a loose ball on the byline, as it appeared to be running out of play, allowing Carlos Mendes Gomes to slide in a cross to which Hylton tapped into an unguarded net.

City, however, were indebted to their captain prior to that moment with the goalkeeper making two excellent saves to deny Henri Lansbury and Cameron Jerome amid a frantic end to the opening 45 minutes, in which Pearson admits they could have been 2-0 down.

But the result means that the Robins have gone 14 games without a win at Ashton Gate, with promotion candidates Fulham and Bournemouth the next two visitors to BS3.

“You’ve asked the question so you know the answer,” was Pearson’s response, when asked if Bentley was culpable for the equaliser, adding he was yet to speak to the 28-year-old.

“Dan has made a couple of really excellent saves in the first-half. I don't think straight after the game is the time to do that (speak to Bentley). What he says to his teammates, I don’t know but I’ll leave them to that.

"The bottom line is, I try and be as pragmatic but as honest as I can. I know it was a game we could have easily have lost but when you’re in a winning position it’s very frustrating to not come away with three points but I can’t argue it’s not a fair result.

“Once you get into the winning position, we didn’t do things as well as we could do but the bottom line is, it’s a mistake, it’s not a collective anxiety. I didn’t see that.

“When Andy King went on, he was organising people and I thought we looked relatively comfortable in all honesty. It’s an unwanted record we’ve got but we have to make sure our ability to rise above negative feeling is there.

“I’m as frustrated as everybody else but I have to try, along with staff, find the answers and keep working in a way that gives the players belief that we’ll come out on the other side.”

Pearson made just one change to his starting line-up from Preston on the weekend, with Alex Scott replacing Andy King to try and bring greater guile and craft to the final third.

But the England Under-19 international struggled to impact the game from an attacking right-sided position and was withdrawn before half-time for Nahki Wells in a clear tactical change.

“Look, remember he’s 18. He’s only just 18 and he was playing in a position that not his favoured position,” Pearson added. “I’m not going to expose the lad. He’ll be hurting but he’s a top player.

“I think he’ll play for England one day. He is a real talent. Sometimes you take layers out of the firing line because it’s not working for them. I take the responsibility for picking him in the first place.”