'Nice and crisp and bright': Sub-zero temps and snow ahead for region

There may be a spike in woolly sock sales on Thursday, with Canberra expected to dip below zero degrees.

The Bureau of Meteorology forecasts a minimum temperature of -1 degrees Celcius.

This will mean Thursday will be the second day of 2022 that the capital hit sub-zero temperatures.

Meanwhile, the Alps are snowcapped with Thredbo reporting five centimetres of snow on Wednesday.

"Cooler air has progressively been moving up from the south ... that has allowed cooler air to flow across the ACT," he said.

"What that has come with as well is clear skies so we've got cooler air generally plus clear skies overnight.

"Any heat in [will just] radiate away that's why we're seeing such cool temperatures on Thursday morning, because we're seeing the clearest skies overnight."

Mr McDowell said there would be a bit of snow on nearby Alps from Wednesday.

"A couple of centimetres are sitting on top of Perisher and Thredbo at the moment. It's not the start of the ski season but there is some snow there," he said.

Thredbo confirmed this, saying it had five centimetres of snowfall on Wednesday morning.

Spokesperson Caroline Brauer said in a statement that "with the current La Nina weather pattern at play, experts are predicting above average precipitation leading into the winter".

"If this is matched with cold temperatures like we're currently seeing, this will hopefully translate into above-average snowfall setting us up for a strong snow season ahead."

"It's just going to be cold [Thursday] morning, nice and crisp and bright with some nice frost on the ground, there could be quite pretty wintry views."

Thursday is expected to have a maximum temperature of 15, with no chance of rain, and sunny skies.

Friday will be slightly warmer, with a minimum temperature of 1 and the same maximum of 15 forecast.

There is still no chance of rain expected, but best to take some warm water to the car in the morning as frost is likely.

The weekend will likely be hotter still - by only 1 degree. Both Saturday and Sunday are expected to reach a maximum temperature of 16. It should be slightly cloudy with light winds. 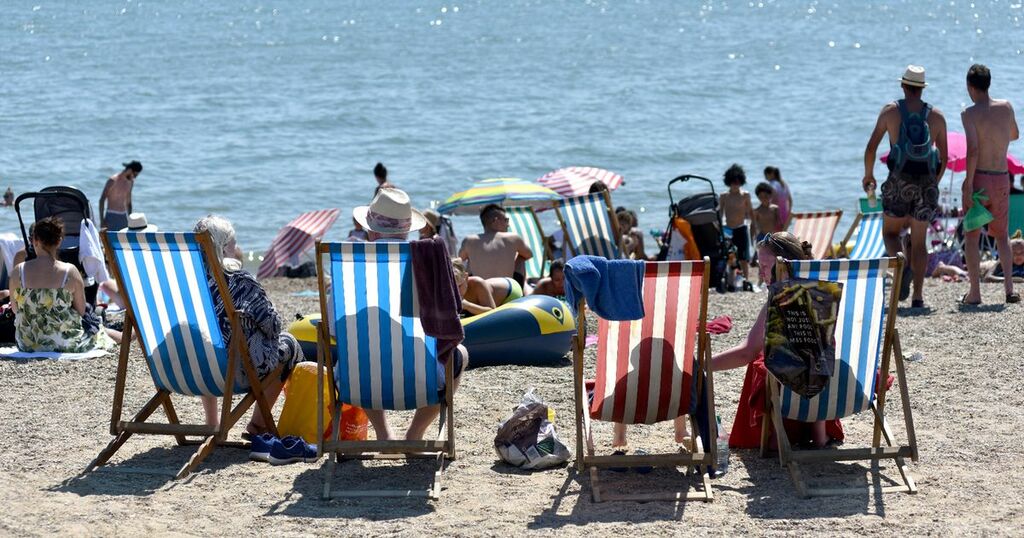 UK weather: Brits to sizzle in 27°C heat in warmest week - check forecast in your area
Amid hopes for a heatwave warm air blowing in from northern Africa is helping the mercury rise across the UK…

But there is heavy rain also forecast for Wales

It will warm up again tomorrow