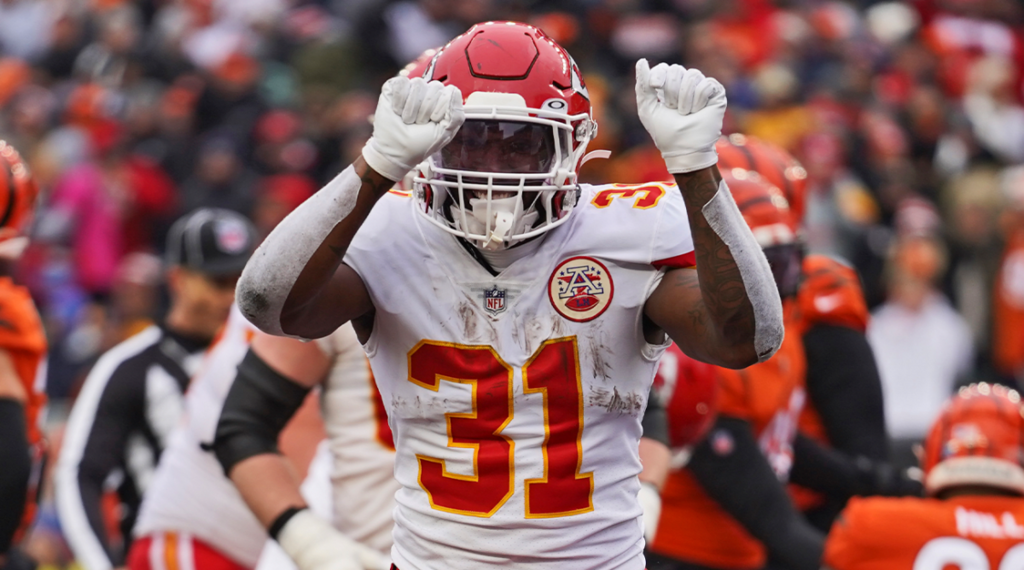 Hello! I know you’re not used to Winners Club hitting your inbox on Friday mornings, so this email may come as a bit of a surprise. However, I have some news that pertains to you as a subscriber and reader of this newsletter.

Beginning today, Winners Club will go out on a Monday/Wednesday/Friday schedule. With the conclusion of the fantasy season upon us and the NFL playoffs a week away, this new schedule will allow me to help better prepare you for the weeks (and weekends) to come in sports betting and fantasy sports.

Thanks for reading and starting your day with Winners Club! Let’s get into what you need to know.

There’s a lot at stake in many of the Week 18 games to be played on Saturday and Sunday. Playoff berths and seeding matter very much to the teams with something still to play for, which is basically the 17 teams that are still alive besides the Packers, who are locked into the NFC’s No. 1 seed.

Frankie Taddeo is following the games with lines that are on the move ahead of the final week of the regular season. Green Bay, originally installed as an 11-point favorite against the Lions, is now favored by 4 against Detroit. This is due to the belief that MVP favorite Aaron Rodgers might not play—or will play in a limited fashion—despite him saying he will play.

Week 18 NFL Picks: The MMQB staff make their selections for the 16 games going on around the league this weekend.

Fantasy Lessons Learned: Matt De Lima shares what he learned from this fantasy season, including his opinion on early-round quarterbacks, defenses, kickers and rookie wide receivers.

Start ‘Em, Sit ‘Em: The age-old question plagues fantasy managers every week of the season. Most traditional fantasy leagues are done, but there’s still daily fantasy. Michael Fabiano’s advice on who to keep on the bench and who to plug into your starting lineup continues in Week 18 (and through the playoffs as well).

Fantasy Football Player Ranks: From Josh Allen to Jake Fromm, Fabiano ranks the best options all the way down to the less enticing choices at quarterback, running back, wide receiver, tight end and yes, even defense and kicker.

DFS Lineup Advice: Shawn Childs shares his daily fantasy lineup selections and strategy for the coming weekend in his ongoing pursuit to craft the perfect lineup.

How about RJ Barrett and the Knicks? New York trailed by as many as 25 points Thursday night against the Celtics and won on a bank shot, buzzer-beating three courtesy of Barrett.

The Celtics were 2-point favorites at Madison Square Garden and lost outright. Wilton Jackson recapped the epic game which saw 41 points and 10 threes from Evan Fournier, 36 points from Jayson Tatum and a three from Barrett to end it all.

Kawhi Leonard Could Return This Season: The Clippers could get their star forward back this season as he’s reportedly ahead of schedule in his ACL rehab. L.A. is currently the eighth seed in the West with a 19-20 record.

Friday Night NBA Lines: There are nine games going on around the league Friday night, including an Eastern Conference showdown between the Bucks and Nets. Check the SI Sportsbook spreads for the NBA slate.

The national championship between No. 1 Alabama and No. 3 Georgia is Monday night. The Bulldogs, despite losing to the Crimson Tide in the SEC Championship Game in early December, are 3-point favorites on SI Sportsbook.

Bama defeated Cincinnati 27-6 in its semifinal game and UGA took care of Michigan by a score of 34-11 to set up this rematch of the 2018 national championship game.

CFP Championship Betting Preview: Richard Johnson breaks down the numbers and trends that tell the story of this All-SEC title game in which Alabama is a rare underdog.

Film Room Analysis: Johnson also grinded the tape on Georgia and Alabama so you don’t have to. In doing so, he answered some of the biggest questions surrounding this matchup and what it will take for each team to win.

Of the 16-game NFL slate, the game I’m most looking forward to is the Chargers-Raiders Sunday night showdown (which evidently won’t be a kneel-off). The idea of a win-and-in divisional game in primetime is part of what makes this extra week so exciting. Los Angeles beat Las Vegas, 28-14, in L.A. earlier this season. Now, the Chargers are 3-point favorites on the road with both teams hoping to end a multi-year playoff drought.

A Saturday night game between the Heat and Suns in Phoenix intrigues me, but the Sunday evening Cavaliers-Warriors game is the most anticipated game of the weekend. Klay Thompson is reportedly making his long-awaited return to the second-place Warriors, who are only adding one of the best shooters of all time back into the fold.

That’s everything for today. Enjoy your weekend. I’ll be back on Monday ahead of the national championship.