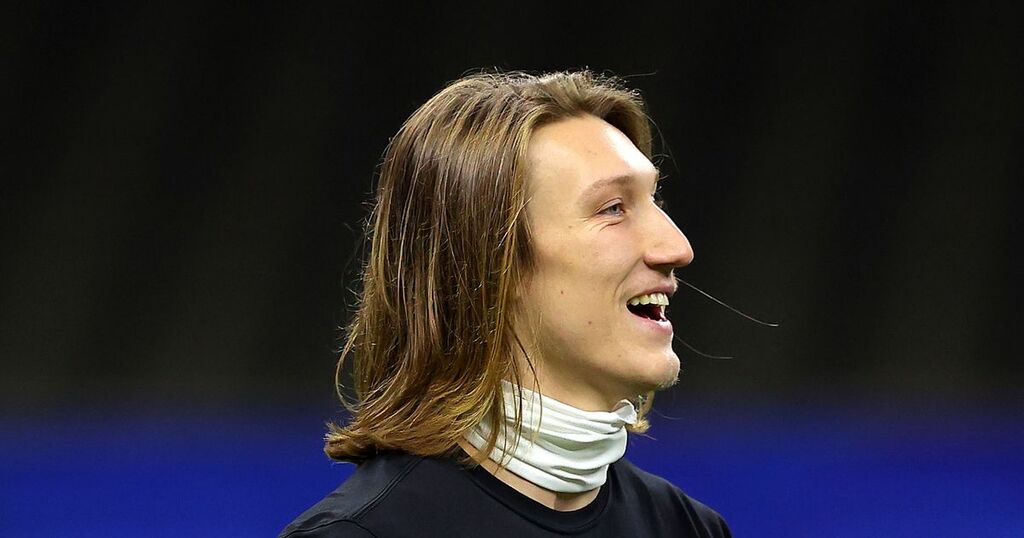 The new NFL season is here, and there’s a lot of eyes on the five rookie quarterbacks taken in the first-round of the draft.

There’s a ton of pressure on Trevor Lawrence after going No.1 overall to the Jacksonville Jaguars.

Urban Meyer is there to save the day as head coach and Lawrence is expected to be the franchise-saving quarterback.

I’m looking forward to seeing Lawrence manage the offence this weekend against the Texans, but his offensive line isn’t great so he might need to move around a bit.

We’ll be looking to see some flashes, but I want to be patient with him. We’ll need to give him time, especially the first four games, to really settle into being an NFL quarterback.

The same applies for Zach Wilson in New York with the Jets. We’ve seen him show all the traits, and he’s got an interesting match-up against the Panthers in week one.

He can throw the ball when he’s on the move, do things like Aaron Rodgers does, and they’ll be wanting to see him make things happen.

Things happen fast in the NFL, and he’s going to have to make some players so I’m looking forward to seeing him in full, live action.

Justin Fields could be on the field very soon in Chicago, because I don’t think the fanbase is going to have a lot of patience with Andy Dalton.

Everyone is excited to see Fields start to play, so he could come in very soon.

With the San Francisco 49ers, it sounds like Trey Lance will have a package of plays for him.

He’s not ready to start in my opinion, he still needs to learn some things, but I think Kyle Shanahan will start to implement him in the offence this year and it’ll be exciting to see him grow as the year progresses.

The big surprise was Mac Jones winning the starting job in New England and the Patriots releasing Cam Newton.

As a player, you don’t want to give other players an opportunity, especially good ones. When he had a full week of practice with Newton out, he took full advantage.

Don’t be surprised if Mac Jones ends up having the most success this season. Out of all the teams these young guys have landed on, the Patriots have the best team. He has everything around him to go out and win games.

Thursday night we saw the Tampa Bay Buccaneers edge the Dallas Cowboys in the season-opener.

It was a the sort of game everyone wanted to kick the season off - tight, close and with some star players showing what they can do.

Dak Prescott looked great on his return for the Cowboys. He didn’t have to move around too much coming back from injury, but he made some great throws.

He looked worth every dollar they’re paying him, and if he can keep performing like that then the Cowboys can definitely have a good season.

Unfortunately for him, we saw Tom Brady do what he does best in keeping it close and taking it to the last two minutes.

Those are the sorts of games the NFL wants, I think we’ll see a lot of them this year, and there’s nobody better at getting his team into field goal range to win the game than Tom Brady.

After winning the Super Bowl last year, that was a perfect start and the Bucs will be a tough team to beat again.

It’s the first NFL Sunday of the season, and from a player’s perspective, they’ll be ready to get the fans back.

Last season we had a mix of situations in the different stadiums, it wasn’t as hard for away teams and the atmosphere was just different because of COVID.

With fans back, the players will be feeding off that energy, especially the home teams, and we should see much more home field advantage again.

It’s always exciting going into a new year as a player. You never know what you’re going to get, how you’re shaping up against the competition, and it’ll be a good chance to see where everyone stands.

As we mentioned last week, there’s some interesting rookies to watch, especially at quarterback, so it’ll be interesting to see their first taste of NFL action and how they perform.

We’ve been waiting a long time to see Trevor Lawrence in the NFL and to see this Jags team with a franchise quarterback. Now it’s finally time to see what happens.