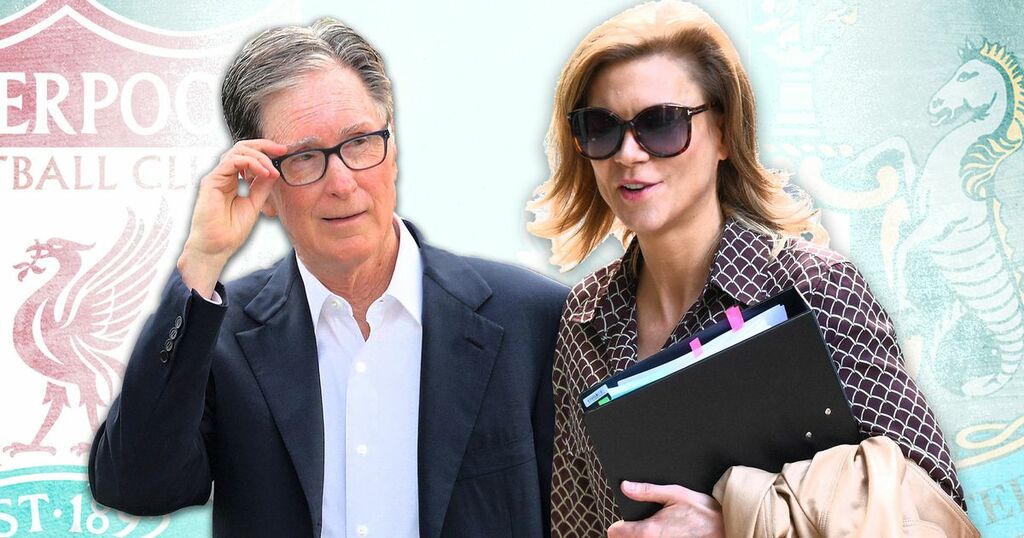 The mock-up pictures didn't take too much time to flood Twitter timelines on Friday afternoon.

No sooner had the confirmation of the end of the Mike Ashley era at Newcastle United been received and the ownership of the club by the Saudi Arabian Public Investment Fund (PIF), PCP Capital Partners and the Reuben Brothers been rubber stamped, the images of Lionel Messi, Erling Haaland, Neymar Jnr, Kylian Mbappe and, unthinkably, Liverpool legend Mohamed Salah in black and white stripes were doing the rounds.

The nature of the takeover by PIF, the £380bn fund that manages investments globally on behalf of the Saudi state, has been met with widespread criticism in the football world due to Saudi Arabia's questionable history over human rights, its treatment of the LGBTQ community and the questions over the murder of journalist Jamal Khashoggi at Saudi Arabia’s Turkish embassy in October 2018.

It was a deal that took some 18 months to come to fruition, but after the Saudi government allowed for beIN Sports to operate legal streaming of Premier League games this past week, the Premier League, worried over the significant issue around piracy in the region, waved through the deal. It is understood to have angered other Premier League clubs who, according to the Guardian , are wanting to convene at at emergency meeting to voice their concerns.

But for Newcastle fans, starved of any hope for many a season under Ashley's ownership, they will now be dreaming of big-name signings to light up the North East and bring them closer to football's biggest prizes.

Due to Financial Fair Play rules, the kind of investment seen by Manchester City and Chelsea when they were taken over by new owners before FFP was introduced in 2011 won't be seen so relentlessly on the field at Newcastle.

While there are many who feel that UEFA's rules over FFP do not go anywhere near far enough, and that their failed attempts to punish Manchester City over alleged breaches in recent years were thrown out by the Court of Arbitration for Sport, there will have to be an element of playing the long game for the new Magpies owners.

Over a period of time they will no doubt be targeting major success, much in the same way that Farhad Moshiri did at Everton when he first arrived only to find that, after £450m of investment, his club would have to have a period of enforced austerity due to the Premier League's own version of FFP. That is despite there being plenty of money to spend and owners willing to spend it.

Liverpool haven't had FFP issues. Their ability to turn a healthy profit in non-pandemic affected seasons and to largely balance out their incomings and outgoings means that it has never been something they have needed to be unduly concerned about.

For some fans they have probably played it too safe when it comes to not loosening the purse strings in the transfer market.

But over time a squad of real value has been built, and a wage bill has been accrued in line with the strong revenues that the club pull in. Liverpool are the second biggest payers in the Premier League with a payroll of £325m at their latest accounts, second only to Manchester City. That is a figure set to rise higher due to bonus payments for winning the Premier League in 2020, new wages added and new and improved contracts.

As far as squad value goes the Reds have the fourth most valuable in the Premier League and sixth most valuable in European football according to research published by the CIES Football Observatory in Switzerland, with the value of the Reds' side standing at £742m.

That value has been a cumulative effect of players values rising due to the success on the pitch. It is a figure that has taken time, and also required the draw of Liverpool as a football club, to reach.

So are Salah, Mbappe, Haaland and Messi all gearing themselves up to head to the North East? No. No they're not. Well, not for the foreseeable future anyway.

PIF arrive at Newcastle after the deeply unpopular ownership of the club by Ashley. But while there may have been plenty of ill feeling, the fact of the matter is that as new owners they have been left with plenty of room for manoeuvre by the former Toon supremo due to the sound management of the club as a business.

FFP rules state that clubs are forbidden from posting losses in excess of £105m over a three-year period, although there has been a special case made for the current period to allow two years to be rolled into one to allow clubs to account for the pandemic and the financial chaos that it caused.

Overall, over the past three years Newcastle have turned a profit of £38m which means that they have the potential to spend around £200m in the market before FFP rules kick in.

Newcastle spent around £50m on infrastructure, with infrastructure spend exempt from FFP rules, and with Newcastle allowed £105m of losses and having already been £38m in profit for the three year period, there is the potential for a £200m spend before they have to worry about FFP becoming an issue.

Heavy spend is expected in the training facilities and revitalising a tired looking St James' Park, as well as other infrastructure developments. A major project of spend, expected to be in the hundreds of millions into the off-field issues that have held the club back.

In terms of transfer spend though, it may mean having to wait some time for their infrastructure and increased revenues, which they will need to make themselves sustainable spenders under FFP limits, really ramp up.

How that money might be invested on the playing side is a major question. Should they replace Steve Bruce then they would need to pay compensation and then hire a new manager on an enticing package.

Then there is the need to invest in multiple areas of the squad to truly raise them from the lower mid-table side they have become to a team that can genuinely push the established 'big six' for spots in the Champions League. That takes time, the wage bill will have to rise sustainably and within what the club as a business can afford, not what PIF can afford.

Say they spent £200m on two major new signings and their wages. Can two players prove so transformational when the side around them is distinctly average?

Newcastle's squad value, according the the CIES research, is £182.7m. That's £559.3m less than Liverpool's £742m squad valuation. That is the kind of gap Newcastle will need to close, and while the gap is considerably less when trying to chase Arsenal and Tottenham Hotspur, even Leicester City's squad value is double that of Newcastle's at present.

The kind of money that they have behind them now, in time, should see them become genuine challengers for honours. But starting from such mediocrity means that it will be a long process and convincing the first batch of new players who will be able to raise them in the shorter term will be key, just as it was when Manchester City signed Robinho following their takeover. He wasn't the player he used to be when he arrived and his spell wasn't remarkable, but it laid down a marker of what was to come.

The playing field was more level back then, though, and the ladder hadn't been pulled up on those chasing the big six, who have come to rely on almost guaranteed revenues from European football's biggest competitions and the commercial pull of being involved in them.

Newcastle have the funds but they have a longer road than some may expect before they start to have a side that comes close to being stacked with talent in the way that Liverpool and the rest of the current top four are.