ABBEY Harkin has added the Individual Medley to her suite of breaststroke events as the Hunter swimmer looks to gain selection for both the World Championships and Commonwealth Games in 2022.

Harkin, who made her Olympic debut in Tokyo last year, will contest the women's 200 metres IM at the Australian Swimming Championships being held in Adelaide this week.

Encouraged by Brisbane-based coach Dean Boxhall to "have another crack", the 24-year-old finishes her program with that race on Sunday after competing across the three breaststroke distances - 100m on Wednesday, 50m on Thursday and 200m on Friday.

"I've done it [200m IM] at little meets, but I haven't competed competitively since probably 2019 and I'm looking forward to it," Harkin told the Newcastle Herald.

"Kaylee McKeown is definitely the outlier [in terms of having the best time], but other than that it's very open.

"My breaststroke is pretty strong and I've been trying to work on my other strokes the last couple of months. It's just another opportunity. I'm not targeting it, but if the week doesn't plan out how I'm hoping then I guess it's another back up."

Harkin tested the waters with the 200m IM at the NSW State Championships in March, finishing third and stopping the clock at two minutes, 14.43 seconds (2:14.43).

With overall standards slightly relaxed, Harkin says the main priority will be securing a top-two spot in the upcoming national finals.

Harkin's priority remains the 200m breaststroke, which earned her an Olympic berth in 2021. She swam a personal best of 2:23.59 at last year's trials.

The former Maitland schoolgirl says the 100m breaststroke also provides a potential relay opportunity as she looks to crack the 1:07.00 mark for the first time. She views the 50m breaststroke as a "bonus".

Harkin feels "hungrier and stronger" following her appearance in the Olympic heats, but almost 12 months on also admits to some "doubts".

She arrived in South Australia on the weekend following a training camp with her St Peters Western clubmates in Cairns.

"I'm not as anxious or stressed as I was last year, which is probably a good thing and fingers crossed I will swim faster because I'm a little bit more relaxed," she said. "But at the same time there's a little bit more pressure on myself after making the team last year and a few more eyes on me."

Fellow Olympian Tristan Hollard, who like Harkin grew up training at Coughlan's in Warners Bay, has entered the backstroke double (men's 100m, 200m) for nationals. 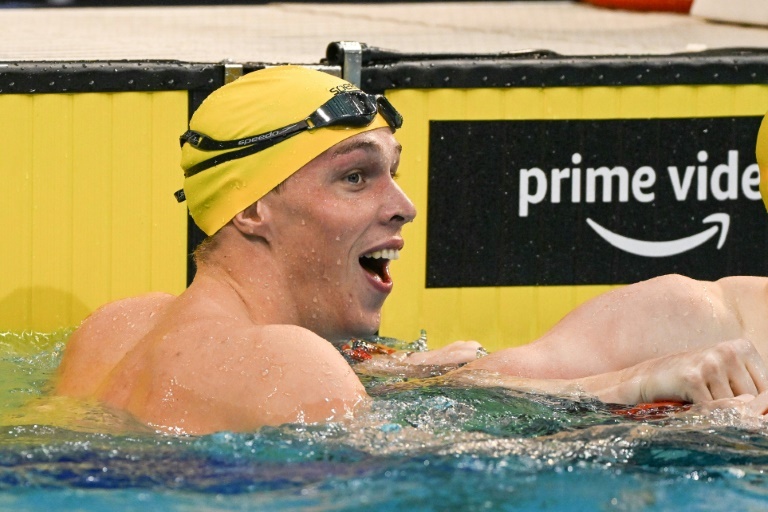 The Australian Swimming Championships are about to begin in Adelaide, doubling as selection trials for the Birmingham Commonwealth Games, and…

Kyle Chalmers says he is not a 'villain' as he considers backflipping on the world championships, casting doubt over Cody…