Pazienza, 26, dressed in a black suit, was detained at her state Supreme Court arraignment after pleading not guilty to manslaughter and assault for Barbara Maier Gustern’s killing. The two women were strangers. Judge Felicia Mennin said the facts of the case had made her concerned Pazienza will not show up to court.

“I’m concerned that Ms. Pazienza is a flight risk — and is a serious flight risk,” Mennin said.

“It appears that (the shove) was for a random reason. The victim in this case was apparently left lying on the sidewalk. The defendant walked away. She faces significant prison time if convicted. Although that may not seem a reality at this time, as the case proceeds, I have serious concerns it may affect her desire to return to court.”

Assistant District Attorney Justin McNabney revealed that Pazienza drank “several glasses of wine” with her fiancé prior to Gustern’s killing while touring art galleries. The couple was celebrating 100 days until their wedding.

“As the defendant was eating, a male park employee came up to her and told her that she would have to leave, because the park was closing soon. The defendant became angry, started shouting and cursing at the park employee, threw her food onto her fiancé, and stormed out of the park.”

Pazienza then walked over to W. 28th Street near Eighth Avenue, where she allegedly encountered Gustern. McNabney said the dying woman’s account to witnesses would prove crucial in piecing together what occurred during the brief, deadly interaction.

“We know from Ms. Gustern’s own description of the assault, given to her friend minutes after, that the defendant ‘ran across the street,’ directly toward Ms. Gustern, called her a ‘b----,’ and pushed her as hard as Ms. Gustern had ever been hit in her life,” McNabney said.

The prosecutor said a cyclist who witnessed the shove told authorities he saw the 175-pound Pazienza push the frail Gustern, who was 4′11″ and weighed less than 100 pounds, “so forcefully that Ms. Gustern fell in an arc, falling directly on her head.”

Gustern was rushed to a hospital with a head wound and died five days later.

Pazienza immediately called her fiancé, Naveen Pereira, after the incident, but “said nothing about the fact that she had just shoved an older woman to the cement,” McNabney said.

“Instead, she started to argue with her fiancé, accusing him of ruining her night,” the prosecutor told the court. “Right before they went to bed that night, the defendant finally, for the first time, turned to her fiancé and told him that she had pushed someone. She said that she thought the person had fallen, and she walked away.”

When the fiancé asked why she’d pushed Gustern, Pazienza said the elderly woman “might have said something” to her but she wasn’t sure, he told authorities.

Pazienza spent 11 days on the lam, mostly hiding out at her aunt’s Long Island home. She was fully aware of Gustern’s grave condition, prosecutors said Tuesday, becoming “really scared and nervous” after reading a news coverage.

A friend and former student of of Gustern’s, Morgan Jennessa, 65, who attended Tuesday’s hearing, gave a small clap after Mennin remanded Pazienza.

“I think that woman has mental problems. I hope she gets help, but yeah, I was very happy,” said Jennessa. “There’s been all kinds of things in terms of her history of entitlement and maybe some mental issues. I feel for her. But the fact is, she ran across the street to push an elderly woman for no reason because she was having a temper tantrum.” 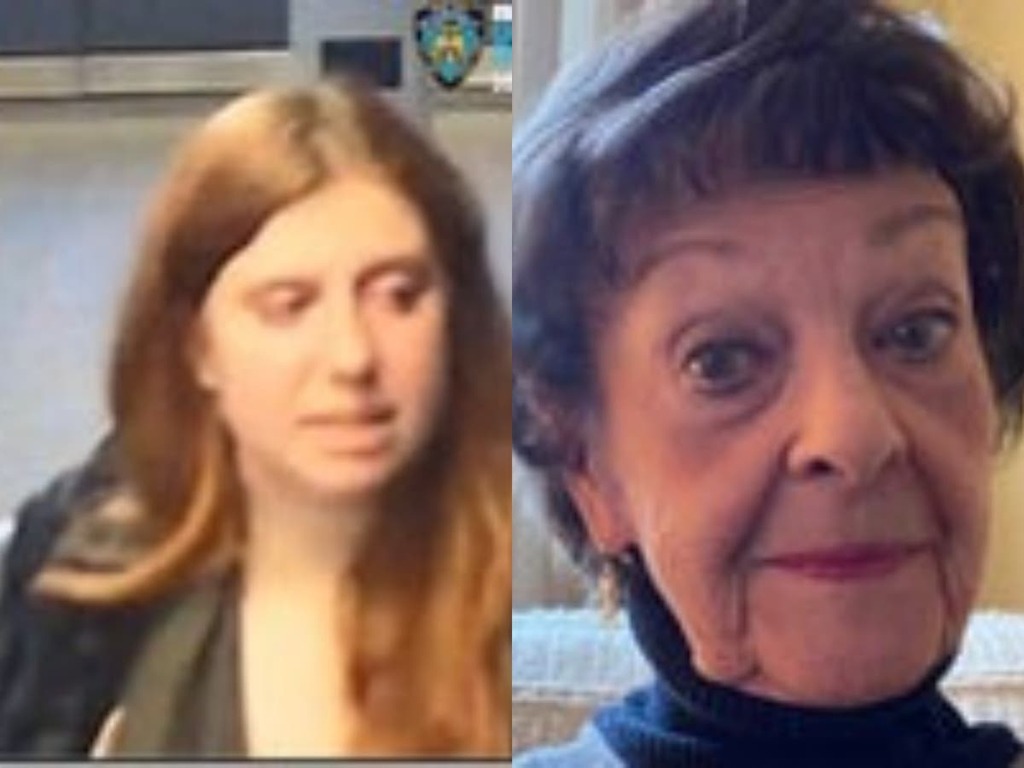 New York woman sent back to jail after being charged for shove that killed 87-year-old Broadway voice coach
‘I’m concerned that Ms Pazienzia is a flight risk ... a serious flight risk,’ judge says

The Independent UK
One subscription that gives you access to news from hundreds of sites
Woman charged with fatally shoving vocal coach was angry about being kicked out of park, prosecution says

The Independent UK
'Smirking' boy 'laughed and ran off' after stabbing Ava White, 12

Prosecutors say the boy, 14, will argue he acted in 'reasonable self-defence'