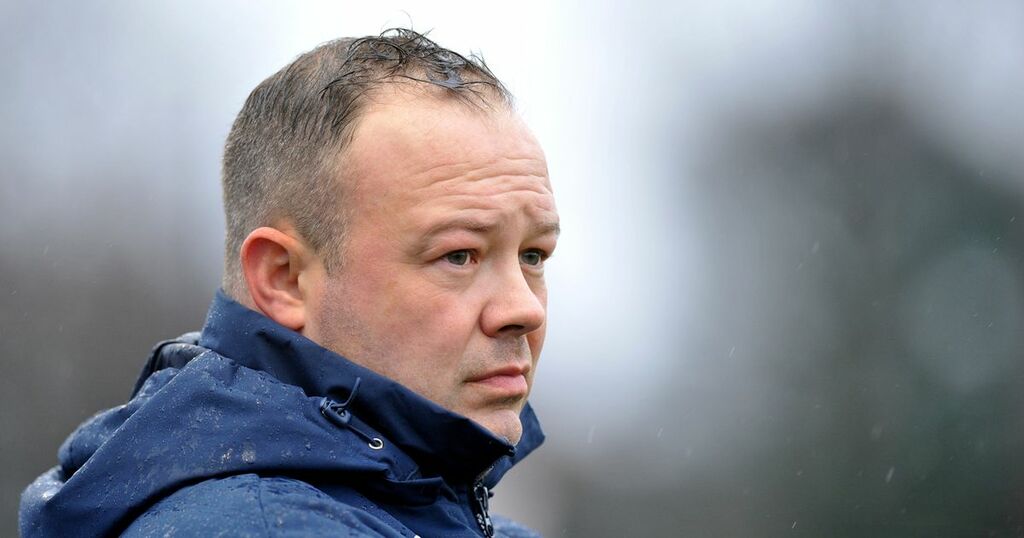 Renfrew stalwart Jimmy Quigley revealed it was a “proud moment” to lead his side from the dugout for the first time after more than two decades spent with the club.

Quigley was confirmed as the New Western Park’s side new manager ahead of their Conference B clash with Dalry Thistle on Saturday, stepping up from his position as assistant coach following the departure of long-serving boss Colin Clark.

Having spent 11 years with the club as a player and ten as part of the coaching staff, Quigley was determined to get his managerial reign off to a positive start.

And after thrashing Dalry 5-1 at Merksworth Park, he’s now determined to rescue Renfrew’s season and steer them into to the second tier of the West of Scotland set up.

Quigley told Express Sport: “It’s very close to my heart this club and it was a proud moment to lead them from the dugout for the first time.

“I’ve been involved with Renfrew for 21 years and had some great times here as a player. I won the Scottish Cup with them and enjoyed a few promotions as well.

“I couldn’t have asked for a much better score line or performance for my first game in charge. The boys were excellent and it honestly could have been double figures if we’d been more clinical in the second half.

“The boys have been lacking confidence but hopefully that win will give them a bit of a boost.

“The last few weeks the performances have been much better and we were unlucky not to get anything from the game against Gartcairn, who are right at the top end and have spent a lot of money.

“That shows we’re not far away at all and fourth spot is definitely our target now as that would get us into the Championship next year.”

Quigley admits it was a strange feeling being in charge having spent so long watching previous managers Clark and Martin Ferry in the hot seat.

He’s hoping he can utilise the lessons he learned from watching them, while also retaining a close relationship with his squad.

Quigley said: “I worked alongside Colin for ten years and it was definitely a shock to the system when he left.

“I wasn’t even sure if I wanted the job because I loved being a coach so much. Generally everyone likes the coaches and not the manager, because the manager might not always be picking you!

“I’ve got a really good rapport with the players though and I’m hoping to keep that while also allowing Ryan Borris and Iain Nicolson to step more into that role of being closer to the squad.

“I picked up a lot from watching Colin and Martin and how they dealt with players, so I’ll hopefully pick the best bits from both of them and add in my own character too.

“Colin was very calm and assured and hopefully I can replicate that with the players going forward.”

Next up for Renfrew is a crucial clash against Ardeer Thistle, who currently sit fourth in the table having beaten the New Western Park side 7-3 in the game that ultimately sealed Clark’s fate.

Quigley is looking to make up for that painful defeat, adding: “We had about seven or eight players out that weekend, including both our goalkeepers.

“We’ve had a lot of covid issues and injuries and that’s a big part of the reason why results were so poor early on this season.

“Hopefully we’re over the worst of that now and we can focus fully on chasing down that fourth spot.”