A new poll has the independent Allegra Spender on track to claim the prize blue-ribbon seat of Wentworth in Sydney’s east, with the Liberal MP Dave Sharma’s primary vote at 36%, down from 47% at the 2019 election.

Spender, who is backed by Climate 200 and is running on a platform of action on climate change and integrity in politics, has recorded a 33.3% primary vote and is now enjoying high recognition.

But it will be preference flows that determine the final outcome, and Spender has a much more certain flow of preferences.

The poll, which asked about preference intentions, shows that Spender is likely to pick up the lion’s share of preferences from Labor, which is has an 11.7% primary vote support, and the Greens, who have 6.2%.

Sharma is expected to pick up preferences from the 5.3% of United Australia party voters whose how-to-vote cards put Sharma ahead of Spender. But, surprisingly, only 30% said they would give their preference to Sharma, with 40% unsure who they would preference. Spender would pick up 30% of these preferences.

The single-seat poll was conducted by Redbridge Polling on behalf of the Spender campaign in the first week of May and involved automated calls to 1,117 people in the seat. It has a margin of error of 3.7%.

The pollsters did not attempt a two-party-preferred calculation, but a look at the 2019 election result reveals the dilemma for Sharma.

In 2019 Sharma won 47.4% of the primary vote but only narrowly won the seat with 51.3% two party preferred, with most of the preferences from Labor and Greens eventually ending up with the independent Kerryn Phelps.

Spender is already ahead of Phelps’ 2019 primary vote (32.43%) and appears to have peeled away a solid bloc of voters who voted Liberal last time. The campaign has been targeting affluent women and young people who are concerned about the environment.

There is also now a very low undecided vote in Wentworth of just 4.4%, indicating that most people have made up their minds.

There has been much discussion about the accuracy of single-seat polls because of the difficulty of assembling a database of phone numbers within the seat and adjusting for specific demographics. Redbridge said it had polled a mix of mobiles ( 75%) and landlines (25%) between 5.30pm and 8.30pm on weekdays and between 10am and 5.30 on Saturday to ensure it did not oversample non-workers and stay-at-home people.

The poll reveals that Wentworth voters are less motivated by issues of economic management and cost of living than other parts of the country. More than 27% nominated climate change and the environment as the most important issue, followed by 22% nominating the economy, 17.4% integrity and trust in politics, and 8.8% cost of living.

Among 18 to 39-year olds, cost of living loomed larger as the decisive issue but climate change was still the No 1 issue across all age groups.

Among voters over 60, the economy, national security, and health and aged care were more important, with 25% of the age group nominating the economy as most important in deciding their vote.

The issue of trust and integrity in politics, one of Spender’s major campaign themes, appears to have resonated strongly with the 40-59 age group, with 25% nominating this as the most important issue. Scott Morrison has ruled out an integrity commission that can hold public hearings and that would be able to look at corrupt conduct in the past.

Sharma and Spender have both been running highly visible campaigns, with many voters displaying their loyalties with yard signs. There has also been a social media blitz by both. Of those surveyed, 60.3% said they were aware of Spender’s campaign, while Sharma enjoys 94% recognition.

The Australian’s YouGov Poll, which uses a different methodology, last week found that Sharma would be returned. The MRP (multi-level regression with post-stratification) poll instead aims for a detailed election prediction by surveying an expansive national sample of 18,923 and using demographic modelling to project results for each electorate.

It found that Labor would win a majority government with a modest 80 seats, but predicted that Spender would lose Wentworth, with Sharma returned on an increased margin (56%-44%).

It also predicted that far from independent “ teal” candidates sweeping away Liberals in seats held by moderates, the only new independent wins would be in Kooyong and Goldstein.

The Redbridge polling is at odds with the YouGov Wentworth finding and will become something of a test case of polling methods.

Meanwhile, another poll in the Melbourne seat of Higgins – currently held by the Liberal Katie Allen – shows the seat will likely result in a narrow Labor victory.

The UComms survey of 836 residents on behalf of the Australia Institute, taken on 2 May using automated voice polling, shows the Liberal’s primary vote at 34.4%, Labor’s at 28.7% and a substantial Greens vote of 18.5%. Nearly 8% said they were undecided.

If preferences were allocated based on historical flows, Labor would have a narrow win, 51-49%. But when people were asked how they intended to allocate their preferences, Labor would win 54-46%. 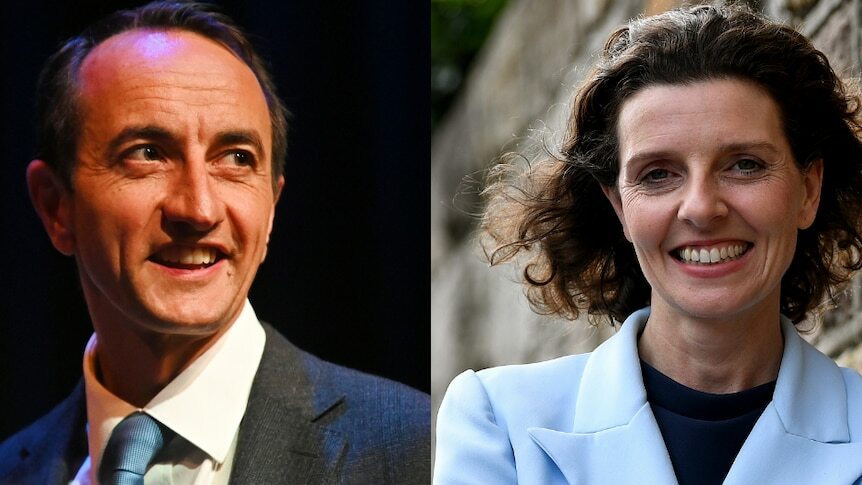 ABC News
One subscription that gives you access to news from hundreds of sites
Labor's lead narrows in three new national polls; and seat polls galore

The Conversation
A revolution in Wentworth, a study in teal

It looks like a green-blue sky ahead for Allegra Spender as her volunteer base grows. But her Liberal opponent Dave…