By Adam May & Danni Scott
diabetes

A new weekly insulin injection could be rolled out to type 2 diabetics across the UK and replace daily jabs. The clinical trials have been successful so far for the treatment of this more common form of diabetes.

Over 4.7m people in the UK currently suffer from diabetes and around 90% of those are type 2 diabetics. Type two is far more common as it develops over a period of time and is mainly due to lifestyle.

This new once-a-week jab named insulin icodec could replace the daily injection which is currently available through the NHS. The Mirror reports that this would reduce the amount of injections needed from 365 down to just 52 a year.

The injection is thought to be just as effective as the daily one and researchers claim it is preferred among the trial patients. Doctor Athena Philis-Tsimikas, from the Scripps Whittier Diabetes Institute in California and lead investigator, said: "Once-weekly insulin would be a remarkable step forward in insulin innovation."

It is hoped the new medication could reduce the “burden” of treatment “without compromising management of blood sugar.” The trials so far have involved more than 4,000 adults with type 1 or type 2 diabetes, the Sun reports and the injection is now in its final clinical stages.

A drug must pass all clinical trials before a manufacturer can submit it to be approved by the Medicines and Healthcare products Regulatory Agency (MHRA) for use in the UK. Only after it is approved will patients outside of the trial have access to this innovative new injection.

There is no indication on how well the drug can treat type 1 diabetes, which is a genetic condition. If untreated diabetes can result in problems such as kidney failure, blindness and heart disease due to the body’s inability to break down and use sugars.

It is unknown how long this new once-a-week injection could take to pass through all clinical stages or if it will make it to shelves but the trial results look promising. Another groundbreaking insulin treatment was claimed to be developed by University of British Columbia (UBC).

This would involve a pill to regulate insulin and blood sugar but it would dissolve in the cheek rather than being swallowed. Research for this pill is not yet to the same clinical stages as the once-a-week injection. 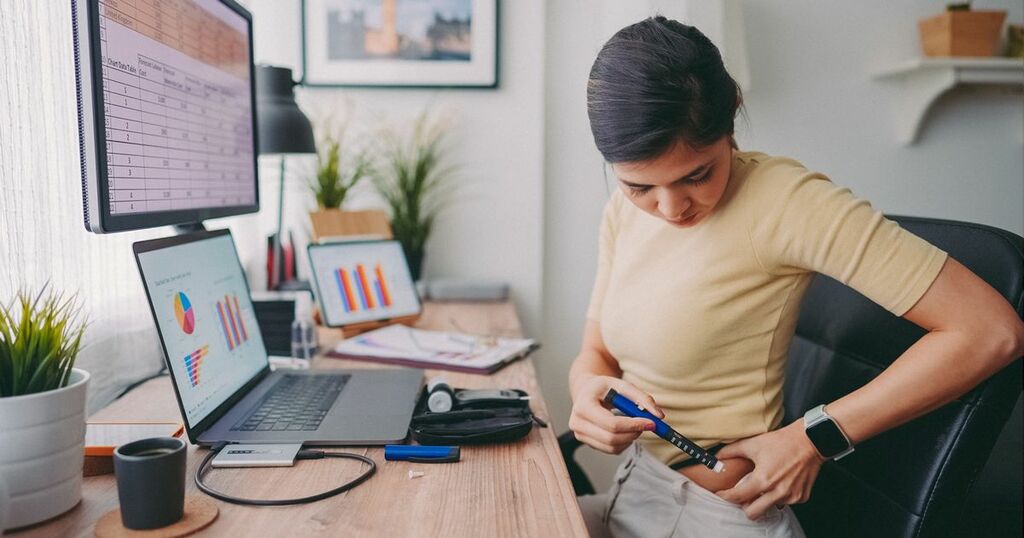 Huge change for millions of diabetics as once-a-week jab could replace daily medication
The new, weekly insulin jab is said to be just as effective as the daily version and preferred among patients,…

Daily Mirror
From analysis to the latest developments in health, read the most diverse news in one place.
IBD Stock Of The Day: Could 'The Biggest Drug Ever' Drive Eli Lilly Stock Even Higher?

Eli Lilly is the IBD Stock Of The Day as investors watch the company's obesity and Alzheimer's drugs, which could…

Investors Business Daily
One place to find news on any topic, from hundreds of sites.
Scientists pinpoint common vegetable that can lower high blood sugar levels by 50 per cent