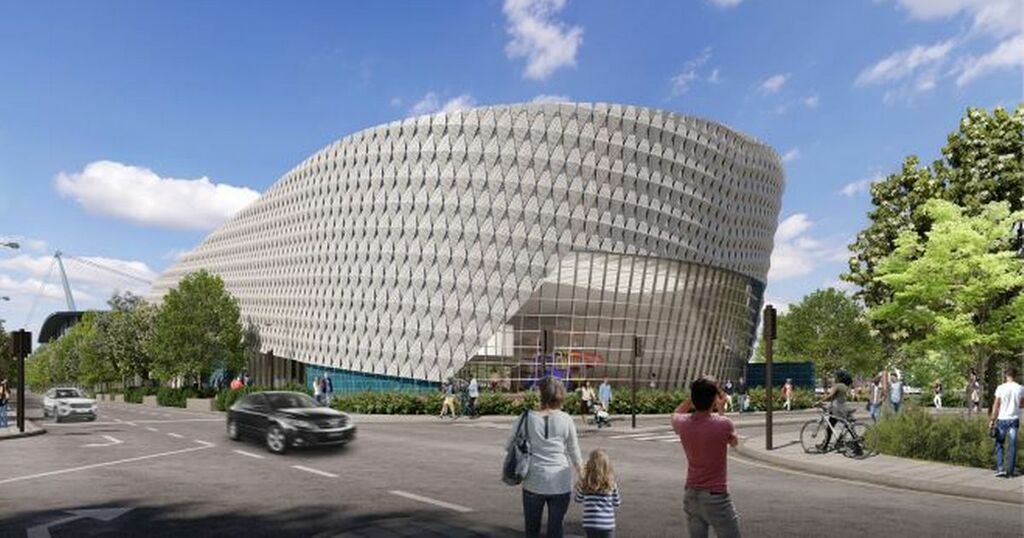 New pictures have been released showing exactly how the proposed new leisure centre in Newport could appear once completed.

Proposals to deliver a "state-of-the-art" facility, to be known as Newport Leisure Centre (NLC), have now been submitted to Newport City Council planners and include plans for a pools complex, an activity multi-purpose hall and fitness, health and wellbeing facilities, and a roof garden.

Read more: The big projects Newport Council wants to spend money on this year and how much they will cost

It's not clear whether or not there will be a facility for live events, as is currently the case with Newport Centre.

Submitted by the council on behalf of Newport Norse, the planning application says the project aims to utilise a "parcel of land that has been vacant for a substantial period of time, with no accessibility to the public", namely the site adjacent to Newport City Campus along Usk Way.

The plans claim Newport Centre is "no longer fit for purpose and therefore is no longer able to serve the local community" and will now be considered by council planners, with a decision expected in due course. You can view them in full here.

What do you think of the plans for a new leisure centre in Newport? Let us know in the comments.

Last month Newport Centre confirmed the permanent closure of its swimming pool after it was deemed "beyond viable repair" following an inspection.

The centre first opened in 1985 and offers leisure facilities and spaces for corporate events. It has also hosted gigs from the likes of David Bowie, Ed Sheeran and Alice Cooper.