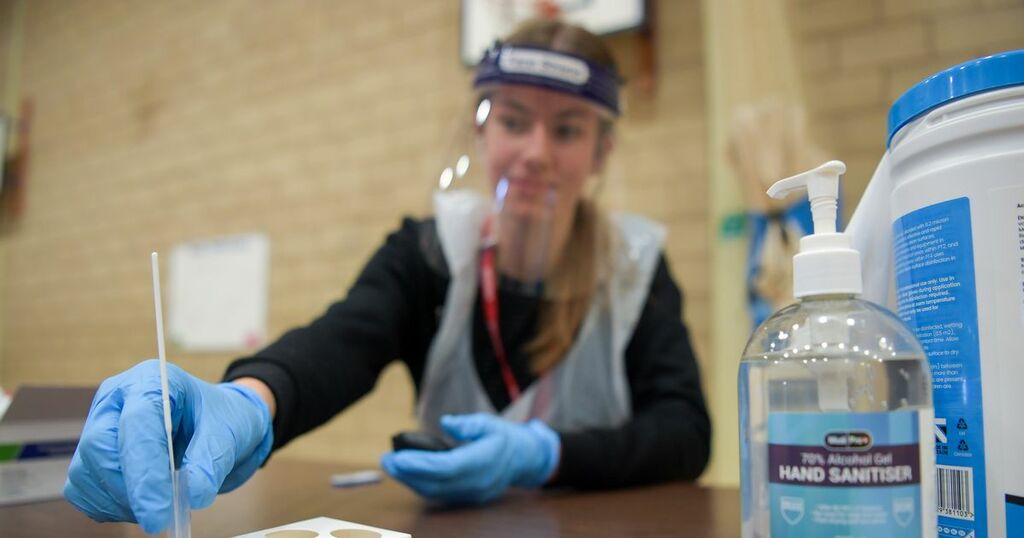 The World Health Organisation (WHO) has added another Covid strain to its list to monitor.

Labeled as 'Mu', it has the been added to the list as a variant of interest (VOI) meaning it has genetic differences to other variants.

It has been picked up in a number of countries and therefore it could be a could might be a variant of concern.

Yorkshire Live reported that though the WHO do not yet know everything there is to know about the Mu variant, it is possible that its genetic changes could make it a more transmissible variant of Covid or make it likely to cause more severe disease.

The Mu is being closely watched to to see if it could dodge the immune response which is being driven by the vaccination effort, or the similar response caused by infection with other variants.

But it must be noted that a variant of interest (VOI) is different from a variant of concern, so these are hypothetical situations and it isn't clear how the new variant affect sufferers.

In comparison, a variant of concern (VOC) is one that has been proven to acquire one or more of the above characteristics, which makes variants of that type more dangerous - the Mu variant does not currently fall into this category.

But Mu isn't the only new variant on the radar.

Four other VOIs being watched by the WHO are- eta, iota, kappa and lambda – but none of these have been reclassified as a VOC.

We hope that might be the case with Mu as well, but we have to await further data.

A point to highlight is that Mu has what the WHO calls a “constellation of mutations that indicate potential properties of immune escape”. This means it has the signs of being able to get around existing vaccine protection.

Mu was first seen in Colombia in January 2021, when it was given the designation B1621. It has since been detected in 40 countries, but is thought to currently be responsible for only 0.1% of infections globally.

Where did the new variant come from?

Mu has been much more prevalent in Colombia than anywhere else. When looking at coronavirus samples that have been genetically sequenced, 39% of those analysed in Colombia have been Mu – though no Mu samples have been recorded there in the past four weeks.

In contrast, 13% of samples analysed in Ecuador have been Mu, with the variant making up 9% of the samples sequenced in the last four weeks, while in Chile just under 40% of sequenced samples have turned out to be Mu over the last month. This suggests that the virus is no longer circulating in Colombia, but is being transmitted in other nearby South American countries.

So far, 45 cases have been identified in the UK through genetic analysis, and it looks like they came from overseas. However, as not all COVID-19 cases end up being sequenced to see which variant they are, it’s possible that Mu’s prevalence in the UK could be higher.

The key questions are whether Mu is more transmissible than the currently dominant variant, delta, and whether it can cause more severe disease.

Mu has a mutation called P681H, first reported in the alpha variant, that is potentially responsible for faster transmission. However, this study is still in preprint, meaning its findings have yet to be formally reviewed by other scientists. We can’t be sure of P681H’s effects on the virus’s behaviour just yet.

Mu also has the mutations E484K and K417N, which are associated with being able to evade antibodies against the coronavirus – the evidence on this is more concrete. These mutations also occur in the beta variant, and so it’s possible that Mu might behave like beta, which some vaccines are less effective against.

Mu also has other mutations – including R346K and Y144T – whose consequences are unknown, hence the need for further analysis.

But can Mu actually evade pre-existing immunity? As yet there’s only limited information on this, with a study from a lab in Rome showing that the Pfizer/BioNTech vaccine was less effective against Mu compared to other variants when tested in a lab-based experiment. Despite this, the study still considered the protection offered against Mu by the vaccine to be robust. Really, we don’t yet know whether Mu’s mutations will translate into increased infection and disease.

Striking reports on Mu have been appearing, though. In late July, a news station in Florida reported that 10% of samples sequenced at the University of Miami were Mu. In early August, Reuters reported that seven fully vaccinated residents of a nursing home in Belgium had died from an outbreak of Mu. However, these are limited snapshots of the variant’s behaviour.

Mu is the first new variant to be added to the WHO’s list since June.

When a variant is designated of interest, the WHO carries out a comparative analysis of the characteristics of the new variant, assessing how it compares to others that are also being monitored by asking its member states to gather information on the variant’s incidence and effects. This is currently underway, and means that Public Health England is keeping a close eye on it.

The designation of Mu as a VOI reflects the widespread concern over the possibility of new variants emerging that might prove problematic. The more transmissible delta variant taking hold in many countries, especially among the unvaccinated, shows how quickly and significantly viral variants can change the course of the pandemic.

Every time the virus reproduces inside someone there’s a chance of it mutating and a new variant emerging. This is a numbers game. It’s a random process, a bit like rolling dice. The more you roll, the greater the chance of new variants appearing. The main way to stop variants is global vaccination.

The emergence of Mu reminds us of how important that goal remains. Many people, especially in developing countries, remain unvaccinated. We must get vaccines to these countries as quickly as possible, both to help the people there who are vulnerable but also to stop new variants from emerging. Otherwise, our exit from the pandemic will be set back, possibly for months on end.