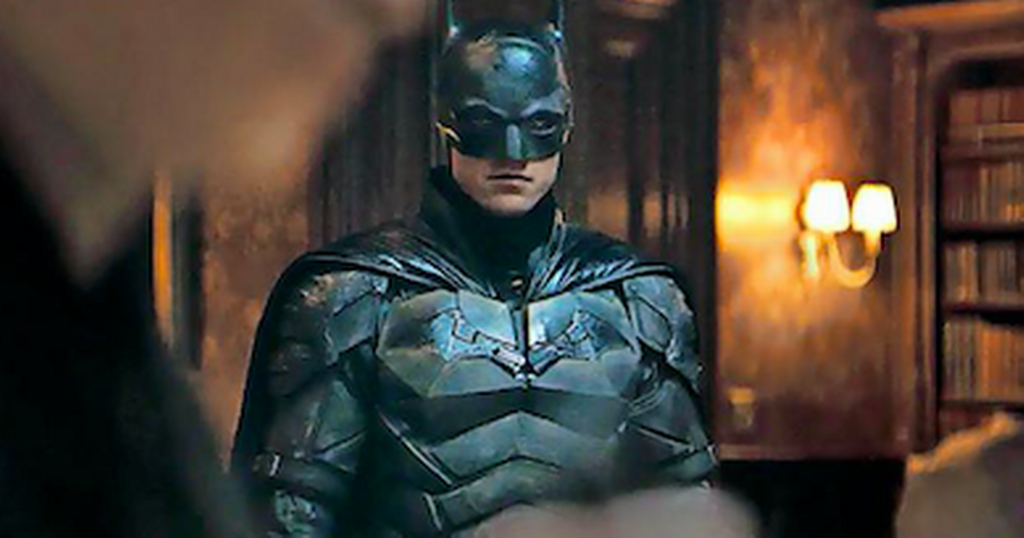 The 35-year-old takes over as the caped crusader in the most eagerly awaited film of 2022, The Batman.

The trailer has already shown the first look of Glasgow with a scene shot in the Necropolis of the Bat on his bike.

And there is more of the city to come.

It’s also been used for The Flash, and Batgirl which is filming here this week.

Robert said: “It’s not at all surprising to me that Glasgow has become a sort of unofficial Gotham City. When you think of Gotham you think of a wonderfully Gothic city – and that’s why Glasgow works so well.”

While Robert didn’t come to Glasgow to shoot – the bike scenes were filmed with a double – he knows the city well.

He said: “The architecture in Glasgow is incredible – it has that real 19th century feel to it hence why it makes for a brilliant Gotham. George Square is my favourite part of the city – there is so much wonderful architecture on view from one central location.”

Filming for The Batman began in Glasgow last February 2020 with Scots given the first look at his new suit.

But it was the use of the Necropolis cemetery which saw most interest as the stuntman drove down one of the roads with the gravestones all around.

Fans speculated that the Batman’s famous Batcave lair may even be located “under” the city’s graveyard.

Other locations include around Glasgow Cathedral and Glasgow Royal Infirmary. And Hartwood Psychiatric Hospital in Shotts will double up as Gotham’s orphanage.

Last year The Flash movie rolled back into Glasgow to continue the city’s connection as the new Gotham.

The film, which will be part of the DC Universe will star Ezra Miller, Ben Affleck as Batman, and Michael Keaton, who will reprise his role as an older Bruce Wayne.

Fans watched as a stunt double for Affleck whizzed up Renfield Street giving chase to a Humvee on his batcyle.

And Hollywood’s love of Glasgow hasn’t stopped there. Glasgow once again turns into Gotham this week for Batgirl starring Leslie Grace and Michael Keaton as an ageing Batman.

The full film will be made in the city with external shots for the HBO Max film including St Vincent Street, Trongate, Glasgow Cross and Saltmarket.

The Glasgow streets walked by William McIlvanney’s Laidlaw are perfect for Robert’s version of Batman - a troubled detective who is a quicker, leaner vigilante rather than the buffed-up versions we’ve had with outgoing Bat, Ben Affleck.

While it’s Robert’s latest big franchise following Harry Potter and Twilight he claimed: “It’s like nothing like I’ve ever done before.

“It was such a fun experience. It’s one of the big characters in 21st century fiction. It’s a massive honour to play him.”

The Batman once again resets the superhero after Affleck’s tenure and is directed by Matt Reeves who made Cloverfield and Dawn of the Planet of the Apes.

Like Joaquin Phoenix’s Joker, The Batman doesn’t follow what has happened in past films. It picks up with Bruce Wayne in his second year of being Gotham’s vigilante.

He is on the trail of a masked villain who is killing Gotham’s elite. And we already know from the trailer that it’s the Riddler, played by Paul Dano.

Robert admitted: “There were times in filming that I caught glimpses of myself in the reflection of something – and it was a reminder that ‘wow this is crazy I am actually Batman’.

“Anybody who has played such an iconic superhero remembers the first time they put on their suit – and yeah it was pretty special. The suit does a lot of work for you in fight scenes but it’s not always the easiest thing to wear.”

Robert had a year to prepare for his first stint as Batman. His first port of call was to read as many Batman comics as he could absorbing the different version of the character.

He said: “I needed to know about as much of the history of the character as possible to see what hadn’t really been done.

“People see Batman as this straight-up heroic character but in our story it really questions what the nature of a hero is and it gives a lot of different angles to it.”

Robert had been working on Christopher Nolan’s Tenet. Nolan, of course, had steered the very successful trilogy of Batman films – Batman Begins, The Dark Knight and The Dark Knight Rises with Christian Bale in the title role.

Robert, who played vampire Edward Cullen in the Twlight franchise, had two days off before working on The Batman, spending nearly three months in training.

He said: “You have to be believed you are able to beat up 15 guys. Luckily the way it’s written it’s early Batman so he’s not a huge bruiser. He’s fast.”

The Batman is in cinemas on March 4.