"I didn't go down the safe road, in the sense that I really wanted to be bold and ambitious, and just go there," he says. "And you know, I certainly didn't hold back. I hope the community will embrace it. There is plenty for them to jump into that's really cool."

The festival runs through Sunday, October 2.

Burnett, comes from an extensive background in dance. He was a dancer and choreographer in the Australian Ballet, and spent 10 years at Australian Council for the Arts. And while there are some outstanding dance programs on the schedule, New Annual reaches across several genres of culture.

For instance, the Pavilion of Sand, an installation in Wheeler Place that comes to life on Saturday.

"I would put it front and centre," Burnett says. "There will be 10 days of making, cultural sharing, performances - it's got an incredible designed canopy that reflects the middens of Newcastle and the region. It really challenges that idea of the centre of a city, and I guess, that's the idea of a city evolving. That's what was very apparent to me when I took the job on, that sense of really opening up, drawing people in to share it as well. That really drives that vision."

The pavilion will celebrate Awabakal and Worimi culture, with an extensive program of workshops and performances of dance, art, language, toolmaking and fish net making daily through the festival.

New Annual is an intrinsic part of the City of Newcastle forging an identity as a creative place, combining local talent with the best in Australia. Some of the creative names brought here - Deborah Kelly, Justin Shoulder, Back to Back Theatre, Stephanie Lake - are highly respected far and wide.

And Burnett, fully acknowledging this is only the second New Annual festival, realises he's starting at the beginning of this journey of identity.

"The vision for it is really about establishing a flagship arts festival for the City of Newcastle. It really is about that long-term vision, about the building blocks, and it really is an ambitious vision and everybody's come on board."

On the other side of the pandemic, it's much easier to see where the festival fits in, as the This Is Not Art (TiNA) festival and Big Picture Festival hit the city at the same time, creating a huge wheel of creative energy over 10 days.

There is something to taste across culture, art, music and dance events.

The immersive, multi-sensory experience of Van Gogh Alive will held at Newcastle's premier major events space, Foreshore Park. It will be presented in a specially designed 2,300-square-metre gallery known as The Grand Pavilion. Van Gogh will remain in Newcastle for six weeks, extending beyond the New Annual Festival to October 23. Daily, Foreshore Park

Unite with friends and family to celebrate the return of 'This Land', a First Nations celebration of the sound, soul, and spirit of the many nations in this country. The musical showcase will highlight a handful of award-winning and acclaimed First Nations music artists who are shaping the voices of the next generation. Wednesday, Sept 28, 5pm, Civic Park stage

A fusion of film-making and improvised community performance, 'Radial' is a collaborative process designed to capture a portrait of a community in motion. A partnership between City of Newcastle, Tantrum Youth Arts and Back to Back Theatre, 'Radial' will be filmed at several Newcastle locations during New Annual using a special circular camera track, culminating in a public screening on the final day of the festival at the Civic Theatre. Film screening 4pm on Sunday, October 2, Civic Theatre

'CREATION' is a major exhibition of artist Deborah Kelly's work at The Lock Up accompanied by a series of free public workshops in costume-making, song, and dance. Working with local artists, choirs, and dancers, the workshops lead to a spectacular procession and concert at the City Hall showcasing the songs of CREATION. Daily exhibition (except Monday/Tuesday) at The Lock-UP, 90 Hunter St, with procession and performance at City Hall on Sunday, Oct 2.

A contemporary dance performance created by internationally renowned Australian choreographer Stephanie Lake. The exhilarating performance features riveting, and hypnotic dance work performed by Sydney Dance Company's pre-professional and local dance artists, which explores relationships between the individual and the collective, with a cast of 50 performing as one on the Civic Theatre stage. Friday, Sept 23, and Saturday, Sept 24. Civic Theatre.

'Pavilion of Sand' will return with an architecturally designed, modern art installation reflecting Newcastle's historic sand dune topography. The Pavilion of Sand will transform Wheeler Place into a visually spectacular space that will connect the city to the Awabakal and Worimi cultures with a range of First Nations-led programming including live music, weaving, workshops, conversation, dance, and reflection. Daily at Wheeler Place.

Justin Shoulder's TITAN ARUM ignites your imagination with this exotic performance in a landscape both familiar and alien. A sensory ceremony of dance, light and sound in a communal garden with hanging fruits and carnivorous plants, the immersive installation work will be activated with live performances throughout the festival at 164 Hunter Street. Daily exhibition at 164 Hunter Street except Monday/Tuesday/Wednesday. Performances in evenings.

Hailed as one of Australia's most exciting and forward-thinking ensembles, Omega Ensemble performs a thrilling program of complex and driving music from important contemporary voices including Bryce Dessner, Missy Mazzoli, Alex Turley, and with two exciting world premieres from Nico Muhly and Christopher Cerrone. This special presentation departs from the traditional concert hall and arrives at Newcastle Museum for a stellar performance in front of the prized 150-year-old steam locomotive. Friday, Sept 30, and Saturday, October 1, Newcastle Museum

'Menagerie' is a new, interactive community performance from Curious Legends. Across four workshops, festival-goers of all ages will help create a large-scale giant illuminated puppet, culminating in a community celebration on the last day of the festival. Participants of 'Well', a separate event on the program aimed at children aged 6-11, will also work on a cumulative artwork that will form part of Menagerie's Gentle Giant. Saturday, Sept 24, through Tuesday, Sept 27, and Sunday, Oct 2, Civic Park Stage 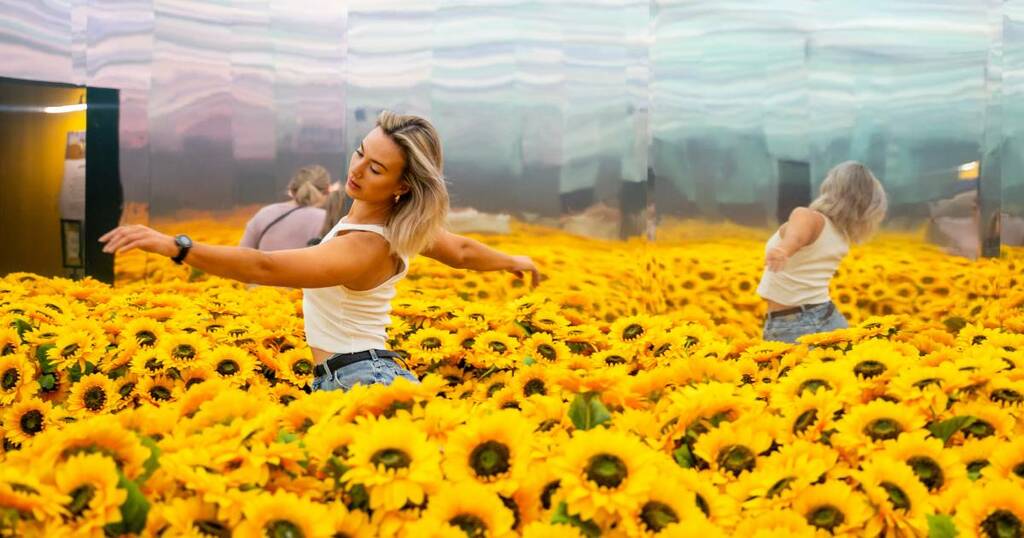 Weekend activities for all ages in Newcastle
The Living Smart and Living Together festivals, markets, New Annual 2022, and more.

Newcastle Herald
From analysis to the latest developments in health, read the most diverse news in one place.
Wet weather no worries as inaugural Wanderer Festival kicks off on NSW Far South Coast

ABC News
Leading dancer offers a vision beyond your reality

Titan Arum, showing in the New Annual festival, is an evolving performance that takes the audience into a surreal world

The process is intended to create a "portrait of a community in motion".

Manchester Evening News
One place to find news on any topic, from hundreds of sites.
Fermanagh Live festival set to kick off as it aims to display best of local talent