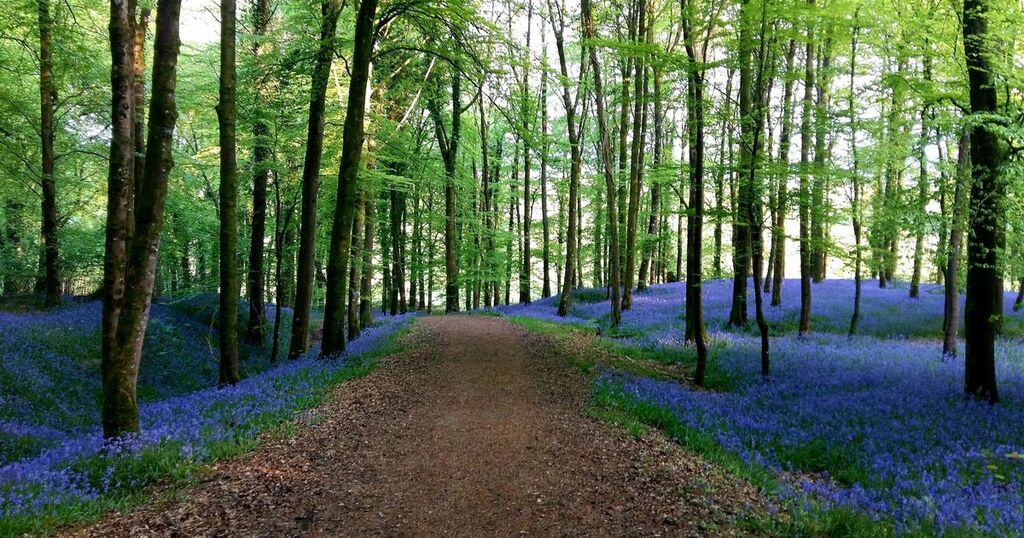 Oil drilling in Canada’s boreal forest has altered interactions between wolves, caribou, bears, and other species

The Independent UK
One subscription that gives you access to news from hundreds of sites
The Earth's Corr: Authorities have a lot to answer for over tree destruction in bird nesting season

Edinburgh Live
Get all your news in one place
Latest Environment news: 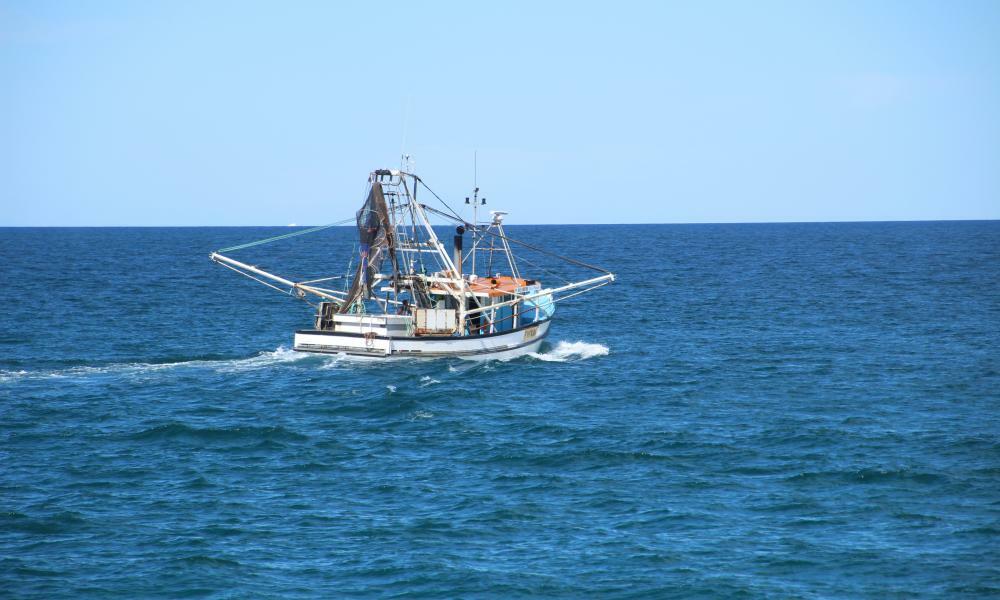 The Guardian - AU
Read news from The Economist, FT, Bloomberg and more, with one subscription
Learn More
No, Mr Morrison. Minority government need not create 'chaos' – it might finally drag Australia to a responsible climate policy

Labor might be leading in the national polls, but a hung parliament after the May 21 election remains a distinct…

The West Australian government will establish a marine park in Exmouth Gulf in the state's northwest.

Duisky, Scottish Highlands: The process of harvesting the mussels we eat starts with a morning boat ride on a milky…

The Guardian - UK
From analysis to good news, read the world’s best news in one place
To reduce corporate emissions, CEOs need to be bold risk takers

More than 200 barriers were taken down last year, helping to restore fish migration routes and boost biodiversity and climate…

How to spot bark beetles and deadly fungus: the UK’s new tree-saving lab needs your help

The public are being urged to keep an eye out for any signs of disease in local trees, as the UK launches a hi-tech, £5.8m tree laboratory to fight the spread of pests and diseases.

The UK is especially vulnerable to the growing spread of plant pathogens because of warmer, wetter winters, and because it is a hub for global trade. The new research laboratory is set to address these threats by clamping down on pests in the UK and abroad, including the oak processionary moth, emerald ash borer and citrus longhorn beetle.

The Forest Research Holt Laboratory in Surrey – a key part of the new Centre for Forest Protection – will be able to analyse and investigate reports of disease faster and more thoroughly than ever. The public can report sightings via the Tree Alert site, and a specialist will come and look at the tree, or send samples for further testing.

“The public are our eyes and ears on the ground,” said Gerard Clover, head of tree health at Forest Research, which is part of the Forestry Commission. “It’s beholden on all of us to play our part in reporting unusual pests and diseases, unusual signs and symptoms.”

More than 3,700 reports from the public were registered between April 2021 and March 2022, 25% up on the previous year. “We would anticipate that will grow as we raise public awareness. As people report things, this will enable us to respond and to diagnose those in a timely fashion,” Clover said. “This represents a real step-change in our capacity and capability. It’s a very significant investment.”

As part of the project, a mobile field lab – a van retrofitted with a mini lab inside – will be driving around the country doing tests on site, meaning disease can be diagnosed more quickly. Helicopters are already scanning forests from above.

Projects include studying risks to UK forestry from non-native trees and from the pinewood nematode pest, as well as looking at replacements for “lost” tree species.

Last year, a Woodland Trust report found that only 7% of the UK’s native woodland was in good condition, with imported pests and diseases one of the leading threats, along with destruction by development and the impact of the climate crisis and pollution. In the past 30 years, the UK has seen the arrival of more than 20 serious tree pests and diseases.

Sir William Worsley, chair of the Forestry Commission, said: “We are taking the whole issue of tree health really, really seriously. Those involved are first class and it gives me confidence that we are on top of the game. It’s being aware of risk management, and then taking appropriate action with haste.”

The National Trust felled at least 30,000 ash trees last year as a result of dieback, with warnings that there would be a “catastrophic” increase in disease because of the climate crisis. Ash dieback – which is spread by fungal spores – is among diseases that experts can do little to contain once they have spread.

Researchers will be collaborating with institutions overseas, including in France, Portugal, Italy and Canada. Emergency legislation was introduced to ban imports of wood from certain areas in France and Italy after the pine processionary moth was detected.

Five to 10 pests are being added to the UK plant health risk register every month, according to Prof Nicola Spence, UK chief plant health officer, which makes it extremely challenging to reduce overall disease. The increase in storms is also damaging trees and making them more vulnerable to infection. “We can’t predict what the trajectory and possible risks are,” Spence said. “Of course climate change also exacerbates that because things are moving beyond their historical range.”

Trees are a crucial part of the UK’s strategy to tackle the climate emergency, and the Committee on Climate Change has recommended planting 30,000 hectares (74,000 acres) of woodland every year until 2025. The UK is considered one of the most nature-depleted countries in the world, and planting native forests is key to restoring habitats.

Alisha Anstee, policy lead on tree health and invasive species at the Woodland Trust, welcomed the investment. She said: “We hope this expansion in the UK’s capacity and capability will help to combat existing pests and diseases that are causing havoc on our treescapes and woodlands. We also hope it will address the threats posed from overseas pests and diseases that have not arrived in the UK and, crucially, must not arrive – such as the emerald ash borer.

But, she added: “We must stress this is only one element of what is needed to safeguard our trees, both now and into the future … Critically, we must keep focus on the importance of prevention. With two new pests and diseases being found in the UK in the last six months alone, we must not overlook the urgent need to reduce our reliance on tree imports by investing in our domestic nursery sector.

“Continued loss of trees to pests and diseases will dramatically impede the UK’s ability to increase tree cover to meet climate targets and address the spiralling biodiversity crisis.”

Five common tree diseases: what to look for

Ash dieback Caused by a fungus which arrived in Europe 30 years ago from Asia, it is expected to kill 80% of the UK’s ash trees. Fungal spores can blow tens of miles making it pretty much impossible to contain. It was first recorded in south-east England in 2012 and is now widespread. In summer, diseased ash trees get dark patches on their leaves, which then wilt and fall off. Dark brown lesions form on the trunk and eventually the whole tree dies.

Dutch elm disease An aggressive form of this disease arrived in the UK in the 1960s and spread so rapidly that by 1980 the majority of English elm were dead. It is caused by a fungus spread by the elm bark beetle, which feeds on the tree. As it feeds, spores of the fungus enter inside and release toxins which cause the tree to die. Dutch elm disease turns leaves yellow, before they fall off and die. Twigs turn down, making a “shepherd’s crook”. Under the bark there will be dark brown streaks on the outer wood.

Oak processionary moth First identified in London in 2006, it probably arrived on imported live wood. It has since been found in some surrounding counties. The caterpillars will be emerging over the next three months. They are black with long white hairs and move in long nose-to-tail processions, which give them their name. The nests are usually the shape of a dome or teardrop and are around the size of a tennis ball. They strip bark off oak trees and cause them to lose their leaves. The caterpillars can cause rashes and breathing difficulties, and should not be touched.

Larger eight-toothed European spruce bark beetle In 2018, a population was discovered in Kent, and several more have since been found, with outbreaks in East Sussex, too. There is concern it could cause significant damage to the UK’s spruce timber industry. The best way to identify the beetle, which mainly inhabits stressed or weak trees, is to pick off a section of bark. Under the bark they produce a distinctive pattern of grooves where the larvae have burrowed. They form a shape that looks a bit like a fish bone and the grooves get wider as the larvae grow.

Phytophthora pluvialis This fungus-like pathogen has no common name, and was discovered in Cornwall in 2021. Since then outbreaks have been found elsewhere in England, as well as Scotland and Wales. It can affect western hemlock, Douglas fir and several species of pine. It produces a gooey, white slime and lesions in the stem, branches and root of the tree, which look like someone has sliced sections of bark off with a knife. It causes needles to turn brown and fall off, and new shoots to die.

Find more age of extinction coverage here, and follow biodiversity reporters Phoebe Weston and Patrick Greenfield on Twitter for all the latest news and featuresh

United KingdomDiseaseForestry CommissionWoodland Trust
Sign up to read this article

Oil drilling in Canada’s boreal forest has altered interactions between wolves, caribou, bears, and other species

The Independent UK
One subscription that gives you access to news from hundreds of sites
The Earth's Corr: Authorities have a lot to answer for over tree destruction in bird nesting season