Batgirl has become the latest film to be added to a growing list of movies we will never get to see. The US$90 million film had been shot and largely edited, but now the whole thing will be consigned to the cutting room floor.

Warner Brothers CEO David Zaslav stated the decision to cancel the film was due to a redirection of the company strategic vision – a discouraging, but often used corporate rationale when Hollywood studios believe they will make a better financial return on a film by writing it off as a loss instead of releasing it .

Batgirl isn’t the first film to be scrapped in the history of the movie business.

Infamous examples include Terry Gilliam’s The Man Who Killed Don Quixote and Alejandro Jodorowsky’s plan for a 14-hour version of Dune.

Here are five other films that didn’t make it onto our screens … at least not yet.

Kevin Smith (of Clerks fame) was commissioned to rewrite a Superman script in the mid-90s.

It seemed to be doomed from the beginning with producer Jon Peters reportedly suggesting this Superman shouldn’t fly or wear his famous suit. Smith then got ousted from the project once Tim Burton signed on to direct, with Burton insisting on making his own version of the story.

Three drafts later and with a budget that had almost doubled to around US$200 million the studio put the film on hold.

Both Burton and Cage eventually pulled out of the project, although Cage stated this Superman film would have been the best one ever.

Read more: Nicolas Cage is the most fascinating and exciting actor working today

2. Revenge of the Jedi

Imagine if Star Wars Episode VI: Return of the Jedi opened with a family of Ewoks sitting silently in a retro lounge room, or a scene where Jabba the Hutt and Bib Fortuna merge bodies in a grotesque sarlacc pit accident.

This is what could have been if Revenge of the Jedi were made.

Both David Lynch and David Cronenberg were listed as potential directors for the third instalment of George Lucas’ saga.

Some accounts of the story suggest Lynch turned it down to do Dune, while Cronenberg cited his youthful arrogance and lack of interest in doing other people’s material.

Richard Marquand went on to direct the retitled film, so we are left to wonder what surreal nightmare it could have been.

This 1968 film, directed by then film student Penelope Spheeris (Wayne’s World) and starring Richard Pryor, told the story of a wealthy white man abducted and put on trial by the Black Panthers for all the racial crimes that occurred throughout US history.

With the film near complete, Pryor and his then wife, Shelley Bonus, got into a heated argument where she reportedly accused him of being more interested in the film than in her. Pryor responded by destroying the only negative of the film .

Fragments of the film remained, which Spheeris screened at a 2005 retrospective tribute to Pryor. The fragments became the subject of a lawsuit filed by Pryor’s seventh wife, Jennifer Lee, arguing Spheeris and Pryor’s daughter had together stolen the negative.

Named after their song Who Killed Bambi?, the Sex Pistols were the subject of a feature film set for release in 1978. Written by Roger Ebert and directed by Russ Meyer, the film was to be a vehicle for the Pistols to break through into the US market.

Fox Studios shut down production after the first day of shooting, with executives and Fox shareholder, Princess Grace of Monaco, concerned about making another Meyer sexploitation film. There were also issues with a lack of funding and infighting between the band, filmmakers and band manager, Malcolm McLaren.

The film was no more, but the screenplay can still be found on Ebert’s website.

Robert Rodriguez’s 100 Years makes the list for a different reason. Intriguingly, the film has a planned release date of 2115 – 100 years after its completion.

Perhaps not so intriguingly the film is said to have been “inspired by the century of careful craftsmanship it takes to create each decanter of Louis XIII Cognac” – making it seem more like a marketing gimmick than an experiment in exhibition.

The only copy of the physical film was displayed in a custom made safe at the 2016 Cannes Film Festival, due to open automatically on November 18 2115.

Written by and starring John Malkovich, the film imagines Earth in 100 years. Secrecy surrounds further details on the film’s story and whether the filmmakers’ have predicted an authentic vision of the future.

We can safely assume cognac will make a cameo, but most of us will never know.

Sian Mitchell does not work for, consult, own shares in or receive funding from any company or organisation that would benefit from this article, and has disclosed no relevant affiliations beyond their academic appointment. 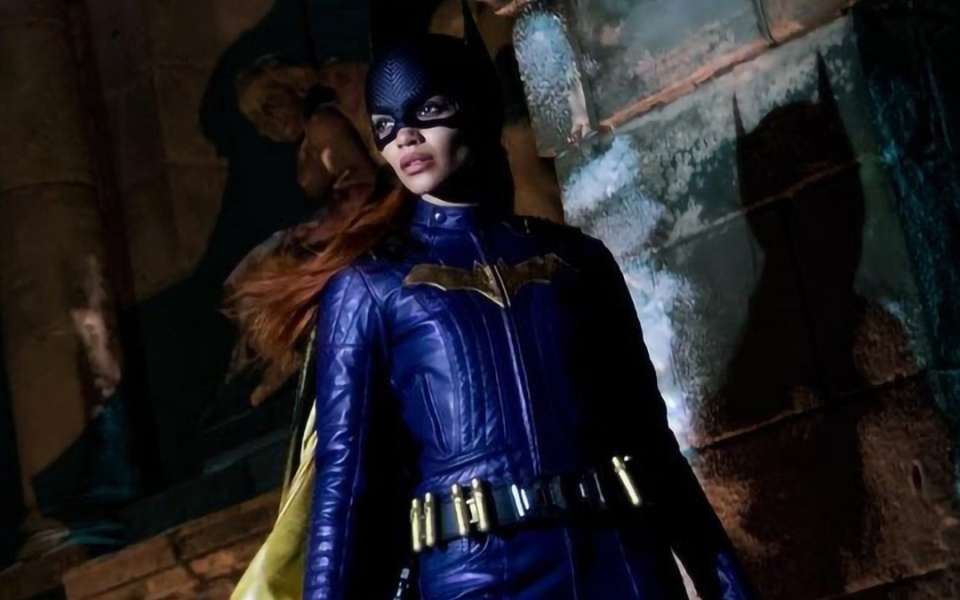 Unmade, destroyed, locked away: With Batgirl cancelled, here are five other films we’ll never see
The US$90 million film had been shot and largely edited, but now the whole thing joins other films in being…

The New Daily
From analysis to the latest developments in health, read the most diverse news in one place.
Forget Batgirl, where’s Superman Lives? The inside stories of Hollywood’s biggest abandoned films

Eliot Ness hunts a killer, Nicolas Cage plays the Man of Steel and Marilyn Monroe is The Girl in Pink…

The Guardian - UK
Twilight of the A-list: has the 21st century killed off the movie star?

Brad Pitt’s new film is fizzling out. Meryl Streep is doing TV. Only Tom Cruise fills cinemas – and, in…

The Guardian - UK
Dune: Absolutely everything there is to know, from Zendaya and Denis Villeneuve to Florence Pugh

New arrivals fear not: there’s plenty of time to catch up on where we are with the interstellar action-film

Warner Bros. Discovery CEO David Zaslav is rebuilding the DC franchise to look like Marvel's, and why he killed 'Batgirl.'

Inverse
One place to find news on any topic, from hundreds of sites.
53 sci-fi shows and movies on HBO Max you need to watch ASAP

HBO Max may not be long for this world. Watch these movies and shows while you still can.