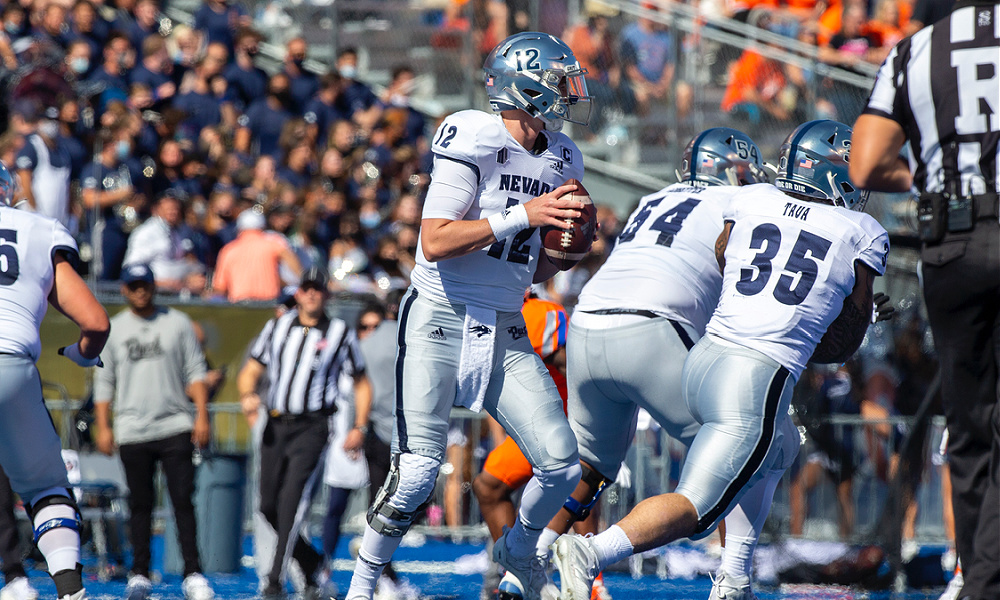 Nevada vs New Mexico State How To Watch

Why New Mexico State Will Win

The offense is playing okay.

The team might not be winning, but he passing game has averaged just over 300 yards over the last three games with Jonah Johnson growing into the gig over the last two weeks.

San Jose State might not be the team of last year, but the D is still okay – Johnson hit it for 300 yards and three touchdowns last week.

Nevada’s defense is having issues on third downs and will give up just enough big plays to matter.

Why Nevada Will Win

Hawaii and San Jose State each cranked up over ten yards per pass, and now it’s Carson Strong’s turn with a Nevada offense that’s ninth in the nation in passing.

The Wolf Pack offense should keep things on the ground as much as it wants to – the New Mexico State defense doesn’t do anything against teams that commit to the run – and there isn’t enough of a pass rush to bother Strong, so …

Nevada will get up fast with the offense putting up a big number in the first quarter.

New Mexico State will get a few late points to make the score look cosmetically strong, but Nevada will hit 200 rushing yards for the first time all season to go along with a few big downfield pass plays to open it up.