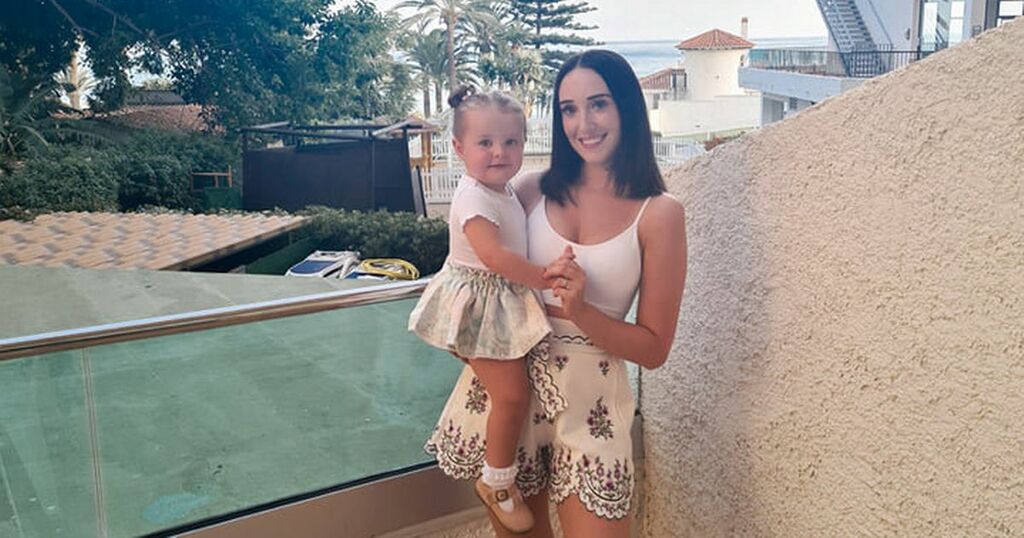 A new mum has explained how easyJet pilots put her at ease as they flew from Liverpool to Spain.

Lottie Salmon, one, was the only child on board an easyJet flight travelling out of Liverpool on Sunday, September 5.

But she was given special treatment by crew and pilots, which helped relax her parents Chloe and Ryan Salmon.

Chloe and Ryan were delighted with the attention Lottie, received from the staff as they took off on Sunday.

As she was the only child on board she was allowed to take a seat in the cockpit.

Posting on a Facebook group, Chloe, from Burnley, said: "To the lovely people on this group.

"Few weeks back I put a post on asking for advice for flying and being abroad with a toddler and I had over 1000 people commenting with advice.

"Well, we flew on Sunday. And Lottie was absolutely amazing!

"We had the iPad with downloaded stuff, sticker books, lots of snacks, Calpol for her ears and bought her own seat.

"We were the last to board. I also looked on Pinterest for a few other ideas and made little treat bags for the air hostesses and pilots. They loved them and were so grateful!

"She was the only child on the whole flight!!! So even more pressure but she was FAB the whole way! She made lots of adult friends, got a shout out from the pilots and even got to meet them and sit in the cockpit!!

"The best start to the holiday.

"So thank you! You made these first-time parents experience much more relaxed."