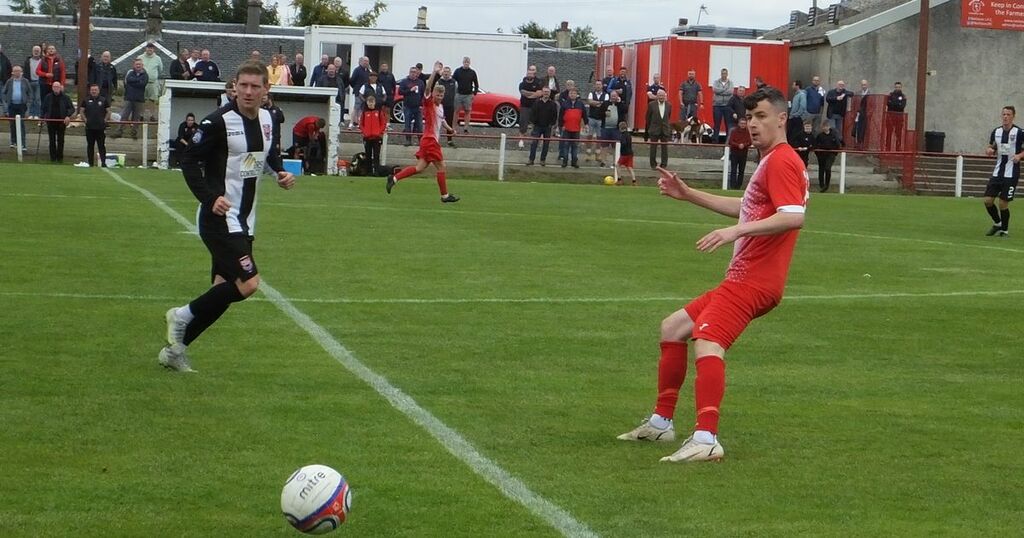 The battling midfielder, who signed from Maryhill last week, was flung straight in at the deep end as the Farmer’s Boys welcomed top of the table Drumchapel United to the Brig O’Lea Stadium.

The hosts knew a loss would see the Glasgow side extend their early lead at the top of the WoSFL Conference C table to eight points.

Neilston were in no mood to let that happen, racing into a two goal lead thanks to Kennedy’s long range opener and Darren Jones clinical strike.

And even though the visitors did grab one back in the second half, Cameron’s side comfortably held on for all three points, cutting the gap at the top to just two points with 11 games played.

Cameron told Express Sport: “We were really pleased with how the lads performed in what we knew was a big game in terms of the league.

“You could tell from the off that the lads were right at it. We were pressing hard and passing really well.

“I was delighted for Darren to get the opener. It’s as solid a debut as I’ve ever seen and the goal really topped it off. It was a really sweet strike from around 25 yards out.

“Darren Jones made it two before the break and half-time came at a bad time for us.

“I honestly think we would have gone on and got three or four if the game had carried on as it was.

“Considering they’ve been free-scoring of late we were very happy with how few chances we limited them to.

“Even their goal was a deflected cross that ended up looping over our keeper.

“You’d expect the boys to get a bit nervous with just a one-goal lead heading into the last ten minutes, but we were really comfortable and I never felt like they were going to equalise.”

He added: “Their management team were shouting in the dressing room ahead of the game ‘win this one and we’ve won the league’.

“To be honest, that did our team talk for us.

“The boys were raring to go after they heard that and I think that showed in the opening 10, 15 minutes.

“It was chalk and cheese from our last game and now it’s about getting that consistency of performance back.

“If we play like that every week we’ll give ourselves every chance of having a right good go at the title.”