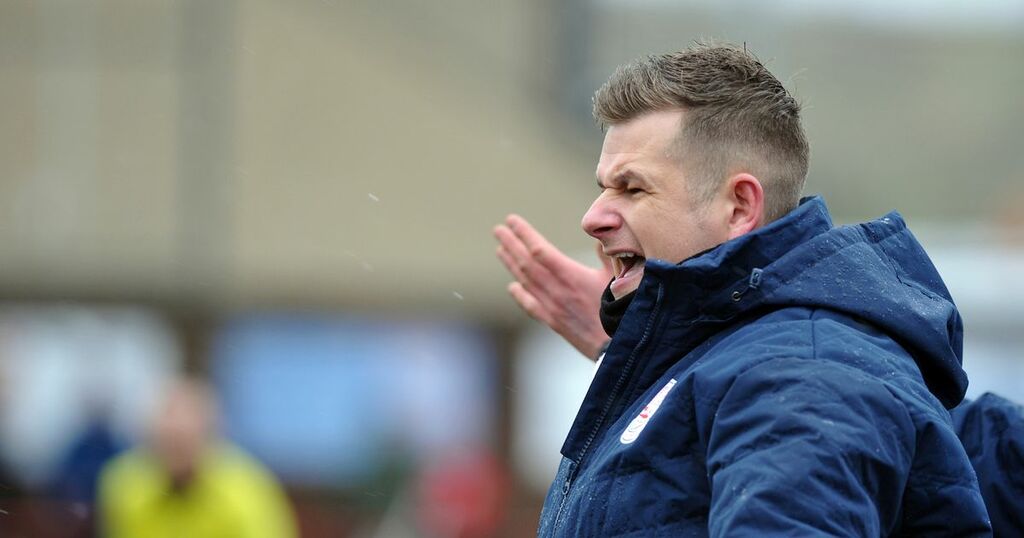 Neilston co-boss Chris Cameron admits he was surprised and disappointed to see his side outfought at the Brig O’Lea stadium.

The Farmer’s Boys home ground has long been a stronghold for the Conference C title hopefuls.

They suffered a damaging home defeat to Petershill on Saturday afternoon though, with co-manager Cameron left gutted at the manner in which his side we rolled over on their home turf.

And he revealed he’ll be making squad changes ahead of their next match as he insists his side simply cannot be turned over at the Brig so easily.

Cameron told Express Sport : “We knew it would be a tough game because there’s nothing between the teams at the top end of the table.

“We told the lads before kick-off it was going to be about who wanted it more on the day.

“To be fair we started pretty well in the first 15 minutes.

“We missed a glorious chance on the 20-minute mark and then it looked like we started feeling sorry for ourselves.

“I felt like we threw in the towel a bit and there were only two or three of the boys trying their best to gee everyone up.

“It wasn’t the best game after that, but I felt we were beaten more by Petershill’s application more than their actual quality.

“That was the most frustrating thing. You can accept defeat if everyone’s given their all and you’re beaten by a piece of individual brilliance.

“But we won’t accept getting beaten at home by a team who simply apply themselves better than we do.

“We had words but in fairness I think that’s the first time this season our work rate has been less than our opponents.

“Even so there will definitely be some changes for the next game because we need a reaction to that loss, which I have no doubt we’ll get.”

Neilston are still in touch with Drumchapel United and St Roch’s at the top of the Conference C table but know there’s no more room for error as they look to keep their title aspirations afloat.

They travel to take on Glasgow Perthshire this Saturday, who present another difficult challenge sitting just six points behind the Farmer’s Boys with a game in hand.

Cameron said: “Like Petershill, Glasgow Perthshire are in the mix for that third, fourth and fifth spot.

“They like to get in about you, so we definitely need to be working harder than we did in the Petershill game or we’ll just end up with the same result.

“We’re not even halfway through the season so there’s still plenty of football to be played yet.

“There is pressure on us to keep on winning to try and keep in touch with Drumchapel and St Roch’s, for sure.

“But there’s also pressure on everyone chasing a top four finish.

“We know we can’t finish outside the top four.

“We have to get into the second tier next season as an absolute bare minimum.

“I’m still very confident we’ll be able to do that.”