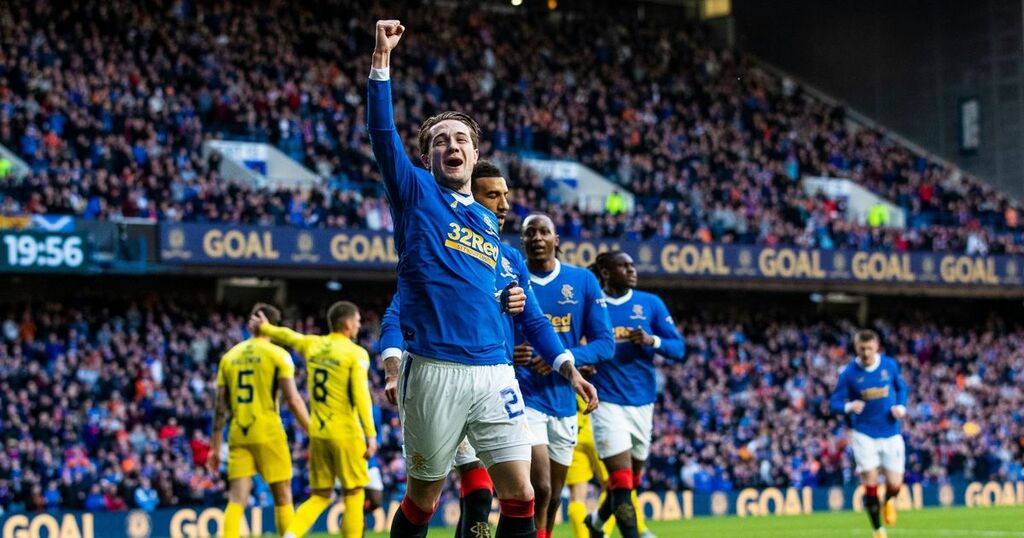 Newsroom.co.nz
Eintracht Frankfurt vs Rangers live stream: How can I watch Europa League final live on TV for FREE today?

Rangers hero Neil McCann was furious that Ross County man Jake Vokins wasn't sent off for a bad tackle on Scott Wright in the 4-1 home win.

The winger was taken off in the second half at Ibrox after an industrial challenge from the Staggies defender.

Referee Andrew Dallas booked Vokins for the incident as well as County captain Keith Watson when he went in from behind on Fashion Sakala minutes later.

McCann is convinced both challenges should have been red cards and hopes Wright, who opened the scoring before James Tavernier added the second from the penalty spot, will be okay to feature in the Europa League Final next week.

He told Rangers TV: "There was a concern over Scott Wright for me tonight.

"I think that should have been an absolute red card.

"Keith Watson, very fortunate he didn't pick up one in my opinion as well.

"They're both scissor actions but Scott Wright thankfully managed to stay on his feet.

"I'm going to cut him some slack for the mistake that led to that brilliant Jordan White goal."

Wright gave the ball away leading up to Staggies striker White's curling effort that briefly put some doubt in Rangers minds but Fashion Sakala and Amad Diallo fired back.

McCann added: "He's going in on (Regan) Charles-Cook there but he was absolutely right to pull out.

"I'm surprised he was even still on the pitch with that tackle."